Feb 05, 2015 Dr Jonathan Harrop
The 3D printing industry is enormously diverse with printers ranging from the smallest $350 home 3D printers to the largest $1.5m industrial machines. The market can be segmented in many different ways including by geographical region, application, end-user, machine price and so on. A complete analysis including all of these breakdowns and more is presented in our new report 3D Printing 2015-2025: Technologies, Markets, Players. This article breaks the market down by growth rate and looks at which sectors are growing the quickest and which the slowest and why.
Today, over 60% of the revenue is coming from the mid-range printers in the $30,000 to $300,000 range. However, mid-range printers are used almost exclusively for prototyping which is the most mature application of 3D printing and, consequently, there is relatively little growth in sales of mid-range 3D printers. The highest growth areas are currently the low- and high-end machines: consumer-level printers under $3,000 and metal printers over $300,000.
The consumer end of the 3D printing spectrum is perhaps the most contentious at the moment. Some people believed that consumer-level 3D printing was a novelty peak that would disappear but that clearly has not happened. Others believe there will be a 3D printer in every home, which would equate to a trillion-dollar addressable market. If that is true and the current growth rate is sustained, consumer-level 3D printers would become a $100bn market within 10 years. Given the limited capabilities of today's 3D printers we feel that is a triumph of hope over reality.
Consumer-level 3D printers are a kind of power tool. They are used by people who want to build things. They are often kept in the garage or workshop. They use free market consumables, just like most power tools. Consumer-level 3D printers are a lot like a table saw or drill press. Bosch subsidiary Dremel, most famous for their rotary power tool, even released a $999 3D printer last year. The addressable market is then a fraction of the global home power tool market which is growing at around 5% per annum, much slower than the 100% growth in sales of consumer-level 3D printers from 2013 to 2014. Therefore, we expect the consumer market for 3D printing to start to saturate in the next few years and never exceed the global home power tool market. Interestingly, our market research has shown that consumers only account for around 50% of the sales of consumer-level printers. We shall refer the interested reader to our report for more detail on the other half of this market.
The opposite end of the 3D printing market spectrum is also set for rapid growth. Sales of 3D printers that print in metals will grow dramatically over the next few years. The aerospace industry are putting 3D printing into production and will use it to manufacture flight-critical parts for the first time with impressive weight reductions that will lead to huge savings in fuel costs. In addition to the deepening use of 3D printing by existing users like aerospace the breadth of industries using 3D printing continues to expand. We have identified the trillion-dollar oil & gas industry as the fastest growing industrial sector for 3D printing today. The oil & gas industry are increasingly using 3D printing to manufacture and repair high-value metal components in small numbers, often in remote or even hostile locations. 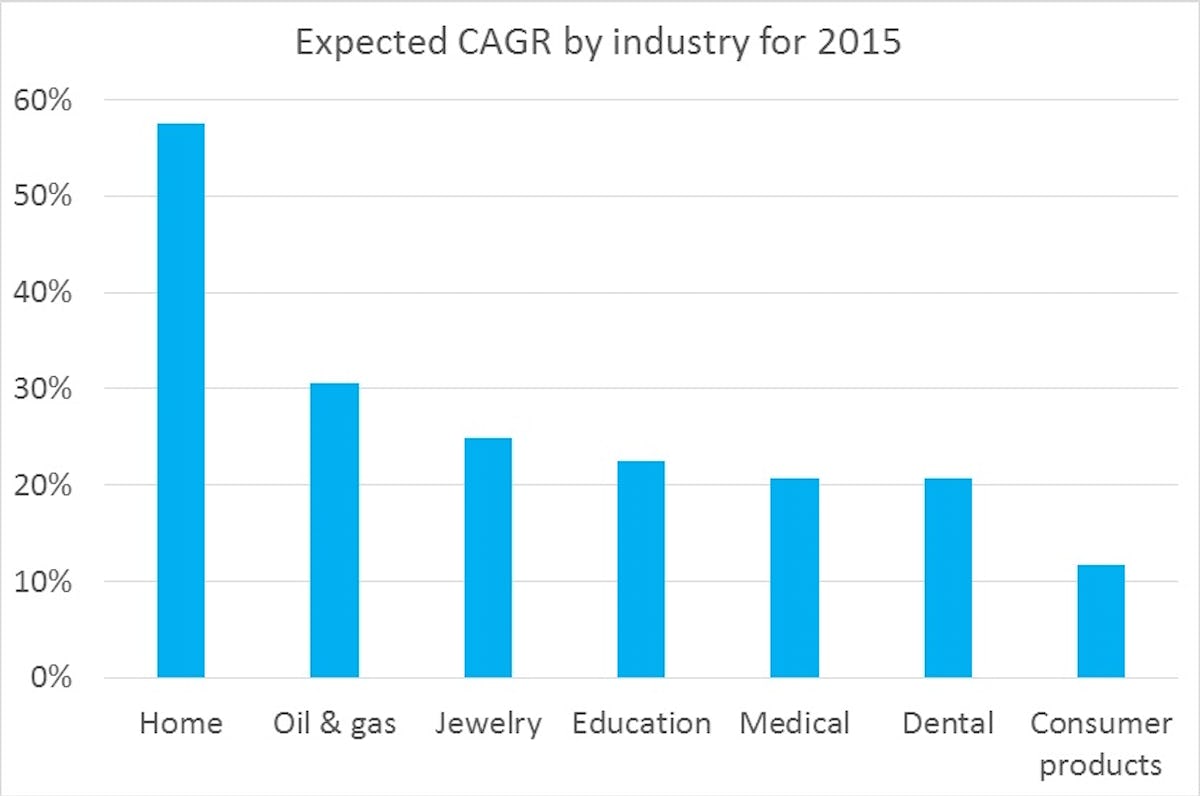 Fig 1. Short-term growth rates for existing 3D printing market sectors.
Source: IDTechEx report www.IDTechEx.com/3D
Finally, the largest percentage growth will, of course, come from emerging technologies and applications as these grow from zero. We predict that 2015 will be the year of 3D printed electronics (3DPE), the convergence of printed electronics and 3D printing. Voxel8 unveiled their new 3D electronics printer this month. They join some established players in this space such as Ceradrop of France who have been selling 3D printers that have been printing piezos, PCBs, capacitors and antennas for many years. These companies and others like them are just the front of a wave of startups bringing 3DPE products and services to market this year. The market is too embryonic to forecast quantitatively but you can meet all of the major players at IDTechEx LIVE! Europe 2015 in Berlin on 28-29 April, or in California later this year.
For up-to-date information about the event 3D Printing LIVE! Europe 2015 see www.IDTechEx.com/3DprintingEurope.
For full details of the report 3D Printing 2015-2025: Technologies, Markets, Players see www.IDTechEx.com/3D.
About IDTechEx
IDTechEx provides independent research, business intelligence and advice to companies across the value chain based on our core research activities and methodologies providing data sought by business leaders, strategists and emerging technology scouts to aid their business decisions.
Subscribing to IDTechEx Research services gives you access to a wide range of our technology and market research on a given topic or across topics. It provides you with unlimited access to new related content throughout the subscription period and on-going support from our dedicated team.
For more about IDTechEx visit www.IDTechEx.com