製品情報 概要 目次 価格 Related Content
Any report written one year ago on 48V mild hybrids is useless because their planned USPs and technology have changed and many volume models have flooded onto the market. The new 240 page IDTechEx report, "48V Mild Hybrid Vehicles 2018-2028" reflects the new realities. It is researched, analysed and regularly updated by PhD level, multi-lingual IDTechEx analysts travelling intensively across the world.
The report is intended for those involved in 48V mild hybrids and their competing options, from regulators to materials, components, systems and vehicle developers and suppliers, investors, purchasers and operators. Because the technology has limited application beyond cars, this report is almost entirely concerned with cars but that is enough to forecast a peak in sales of over 14 million units yearly before peak car and cheap pure electric car kick in. Despite assessing the negatives such as 48V MH usually being only an option and diesel is dying, we see a massive $1 billion being spent on them over the years. Even those exclusively making pure electric vehicles should appraise such new competition.
Uniquely, it tracks how there will now be three distinct phases: the 2016-2019 models are mainly diesels with one USP but the flood of models in 2020 and onwards will be mainly diesel replacements and then most will be HEV killers with pure electric modes and very different technology.
Why is there little application beyond medium and large cars and a few commercial vehicles? Why certain regions of the world? Who, outside those regions, is preparing them for export into those regions? Which manufacturers are racing to put them into many models? It is all here in an Executive Summary and Conclusions with forecasts 2018-2028, technology roadmap and deep insights easily absorbed in new infograms, including detail on when and why the then huge 48V market collapses a few years after 2028. We compare alternative forecasts from others and often tell the story with new presentation material and interviews from the leading Tier One suppliers and OEMs.
"48V Mild Hybrid Vehicles 2018-2028" reveals many market drivers for them beyond the obvious economy, power and emissions gains. For example, cars with lane keep assist, lane centering assist and self-driving cars need electric not hydraulic power for precision and reliability. Impending solar bodywork, regenerative suspension, turbine-in-exhaust and more will sometimes viably make electricity that cannot be accepted in today's 12V systems. 48V is an idea whose time has come but it costs more and moving to multiple motor generators, clutched integral drives, 30 kW/ 3 kWh batteries and so on to replace the full hybrid that does not plug in (HEV) will not make that cost come down though it should still comfortably beat that traditional hybrid. Nonetheless, this is a sideshow to countries and companies racing into pure electric and how will HEVs improve in the meantime? It gets complicated: sober, careful new assessments are appropriate.
The Introduction explains how we got here and the technology basics, emission pressures and the emerging competition for private cars and why it will be pure electric. Learn why large trucks and buses are unlikely to be 48V and the overall industry trends such as voltages. Chapter 3 thoroughly looks at the 48V MH attitudes and intentions of 34 brands and parent companies worldwide, including their own recent comments to us and infographics at conferences. Chapter 4 then goes deeply into the technology with more than the usual consolidation of announcements and interviews because the approach is creative, benchmarking other industries. For example, turning off some pistons in an internal combustion engine not designed for the 48V purpose is scarcely elegant: the range extender industry has lessons here and some advanced power units may serve both applications as their specifications converge. What are the new inputs that can be handled? It is not all about extra loads, though those are covered, from superchargers to active suspension. We give the views of the skeptics, not just the enthusiasts.
Chapter 5 drills down to the components including those extra loads and inputs that will be incorporated into the more advanced 48V powertrains. The latest views of leading suppliers and OEMs are prominently featured here with IDTechEx comments and extra information.
IDTechEx のアナリストへのアクセス
すべてのレポート購入者には、専門のアナリストによる最大30分の電話相談が含まれています。 レポートで得られた重要な知見をお客様のビジネス課題に結びつけるお手伝いをいたします。このサービスは、レポート購入後3ヶ月以内にご利用いただく必要があります。
詳細
この調査レポートに関してのご質問は、下記担当までご連絡ください。

IDTechEx offer bespoke subscription packages offering comprehensive market intelligence on all aspects of future mobility. Get on-demand access to extensive data, analysis and highly technical experts to help you navigate whatever may be ahead.
もっと詳しく 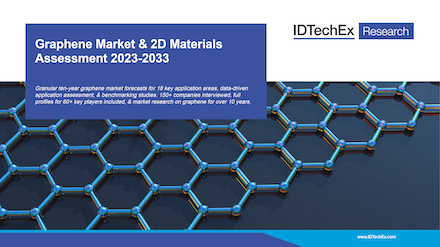 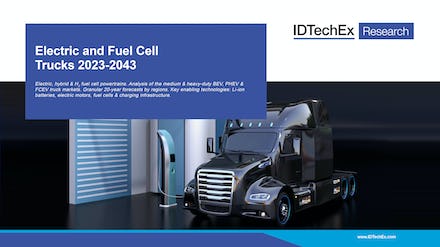