Read the article in our on-line Printed Electronics World Journal


Approximately 900 people attended the IDTechEx Printed Electronics Europe conference in Dresden last week, the biggest event on the topic in Europe and a focal point for the industry and those interested in its growth. At the end of the first day - which included keynote presentations from companies such as NOKIA, P&G, Sharp, DARPA and Total - this year's IDTechEx Printed Electronics Awards were presented during the conference Gala Dinner.

The awards were judged by Professor Iain McCulloch, Imperial College, The University of London, UK, and Professor Elvira Fortunato, Universidade Nova de Lisboa, Portugal. There were more than 35 award applications in total.

The independent panel of judges comprised of:

IDTechEx would like to thank all companies that submitted their entries for the above awards, without which they would have never been as successful and by now, a regular feature in the Printed Electronics series of events. We encourage companies to submit applications for future events, to gain due recognition for their work. Next year the IDTechEx Printed Electronics Europe event will be held in Düsseldorf, Germany, on 5-6 April 2011. The event will feature exciting new company visits to local organizations involved in the topic and will continue to grow and remain the largest European event on the topic.
Join our Asia and US events in 2010 www.IDTechEx.com/events 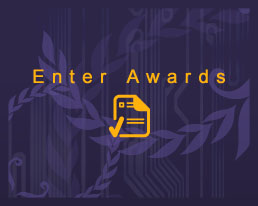