Order now
Order in a Subscription About subscriptions
Show AllDescriptionContents, Table & Figures ListPricing Related Content
The new IDTechEx report, "Electrically Smart Roads 2018-2028" is an independent, new technical and market appraisal of electrically smart roads and their allied infrastructure such as electrical road furniture and parking areas. It will be a $100 billion business and here it is comprehensively covered by the PhD level IDTechEx analysts carrying out interviews from the US and Germany to New Zealand and Japan in local languages with confidential database analysis and global conference attendance to provide further input.
The report embraces solar roads driving integral lighting today and the research to add harvesting of heat and movement by roads and electricity from roadside wind turbines powering sensing, structural health monitoring and much more. Bus shelters are already driving their advertising and lighting from their own solar power but the best is yet to come in enhanced safety, speed, saving, earning and air quality. IDTechEx reveals that adoption is rapid and widespread: examples discussed span 55 organisations and 37 technologies in 18 countries in this information-packed 130+ page report replete with new analysis, statistics, graphs and infograms. In 2017, there were at least 110 solar road projects alone.
"Electrically Smart Roads 2018-2028" has a self-sufficient Executive Summary and Conclusions for those in a hurry with ten year forecasts and twenty year roadmaps. There is an Introduction covering the off grid scene and the situation with roads and their next technologies even eliminating vehicle emissions and de-icing poisons. The technology is covered in a chapter on photovoltaics for roads and ancillaries then ones on multifunctionality of road power generation and use, road wind power, electricity from road heat and motion and then integrated uses of the electricity are analysed in chapters on automated, self-powered road de-icing/ snow removal, structural health monitoring within roads and self-powered interactive lighting in roads.
The report has been written because this rapidly emerging activity is addressing increasingly significant needs such as better functionality, safety and security of road systems and vehicles while reducing overall financial and health costs to a community. The report is intended for those developing, making, installing and operating the smart materials, products, infrastructure and systems, the city planners and government, architects and academics seeking opportunities and names not equations.
Because the report embraces similar new technology being trialled and adopted near roads, electricity from roads, paths, parking surfaces and shelters is covered plus incorporation of traffic and structural health monitoring and dynamic EV charging.
Electricity generation from roads, paths and parking areas using photovoltaics, electrodynamics, piezoelectrics and thermal technologies is being progressed. Ideally the structures replace asphalt. Some of the electricity produced could be stored then used to power electric vehicles and automate de-icing and snow removal. Yes, off grid production of electricity by roads and their environs will make new things possible such as consistent, automated de-icing and snow removal and ubiquitous electric vehicle charging. No one gets hurt because no one is involved.
Solar roads of Solar Roadways in the USA already double as integral road surface light emission. IDTechEx suggests that could combine with the new Dutch invention of large hollow road surface blocks made of waste plastic that carry utility pipes and cables and last longer than asphalt. In its usual creative approach, IDTechEx offers many other possibilities too.
Off grid gives better protection from cost increases, terrorism and natural disasters. "Electrically Smart Roads 2018-2028" is a drill down report from the overview of the whole off grid scene in IDTechEx report, "Off-grid Zero-emission Electricity 2018-2038: New Markets, New Technology Roadmap". Other drill down reports from this include three covering respectively urban off grid, off grid electric vehicle charging and structural electronics.
Analyst access from IDTechEx
All report purchases include up to 30 minutes telephone time with an expert analyst who will help you link key findings in the report to the business issues you're addressing. This needs to be used within three months of purchasing the report.
Further information
If you have any questions about this report, please do not hesitate to contact our report team at research@IDTechEx.com or call one of our sales managers:
AMERICAS (USA): +1 617 577 7890
ASIA (Japan): +81 3 3216 7209
ASIA: +886 9 3999 9792
EUROPE (UK) +44 1223 812300
Order now
Order in a Subscription About subscriptions
Table of Contents 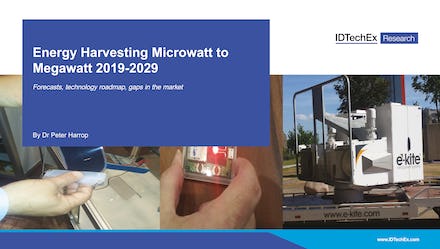 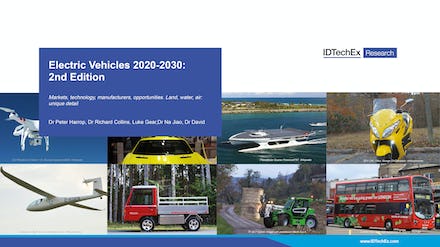