Dec 01, 2017 Dr Laura Baers
1.8 million people acquire HIV each year, with the World Health Organisation estimating that 1 in 5 people living with HIV do not realise they are infected. Therefore, strategies for faster and earlier diagnosis are as important as ever to limit the spread of HIV.
Currently, the most common test for HIV looks for an immune response by looking for the antibodies the body produces in response to infection. Typically, a blood sample is taken from the patient and then sent to a laboratory for this test, which takes around a week. All positive results are then confirmed by a second test.
Alternatively, in resource limited settings where the infrastructure is not available to conduct such tests, lateral flow devices (resembling at-home pregnancy tests) can be used to make an initial diagnosis.
The problem with testing for antibodies (the immune response) is that it can produce false-negatives when the test is conducted before the immune response has occurred. It takes around 4 weeks for the body to generate antibodies to HIV, called the 'window period', therefore tests cannot be carried out before this time. The advice is to wait 3 months to take an HIV test.
The most rapid and reliable way of detecting HIV is to search for the HIV genetic material directly in blood, using a process called PCR (polymerase chain reaction). This has the advantage of not needing to wait for such a long time after exposure, being used after only 3 days. Traditionally this process, known as molecular diagnostics, has been performed in a laboratory by trained personnel. Recent technological advances have however brought the possibility of conducting molecular diagnostics out of the laboratory and next to the patient at the point-of-care. 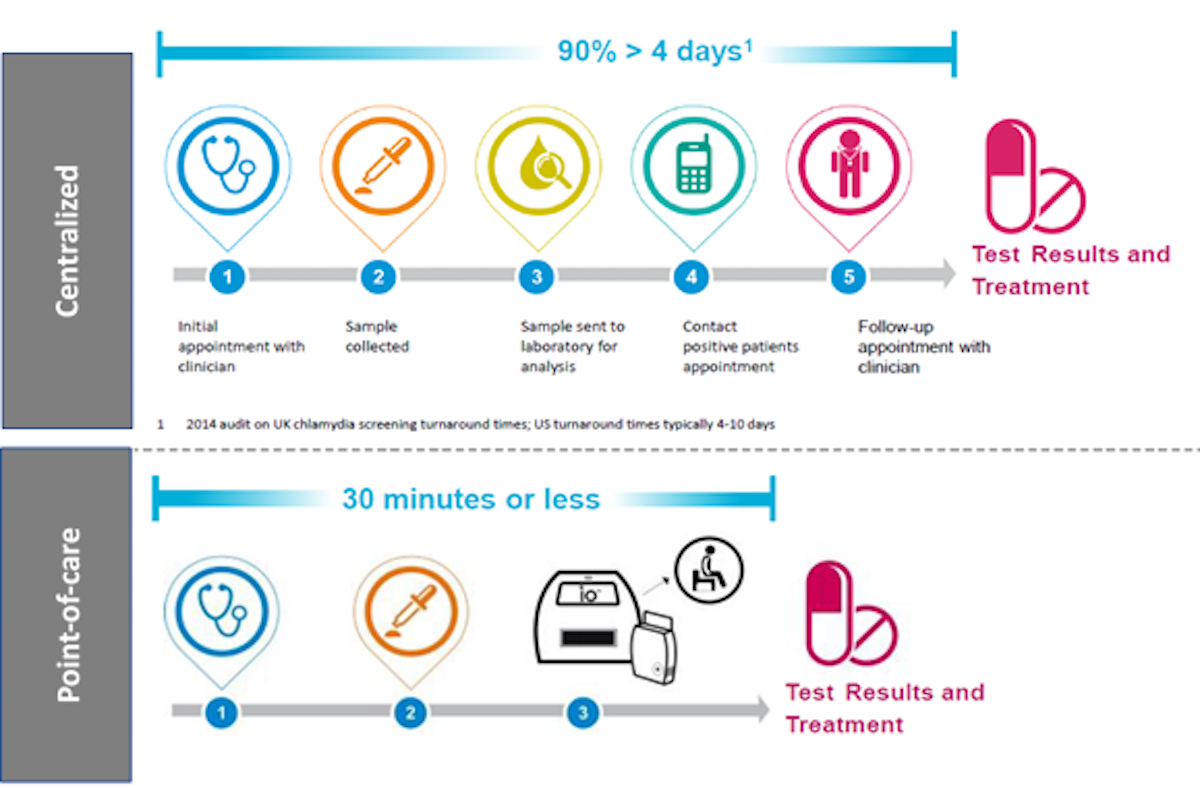