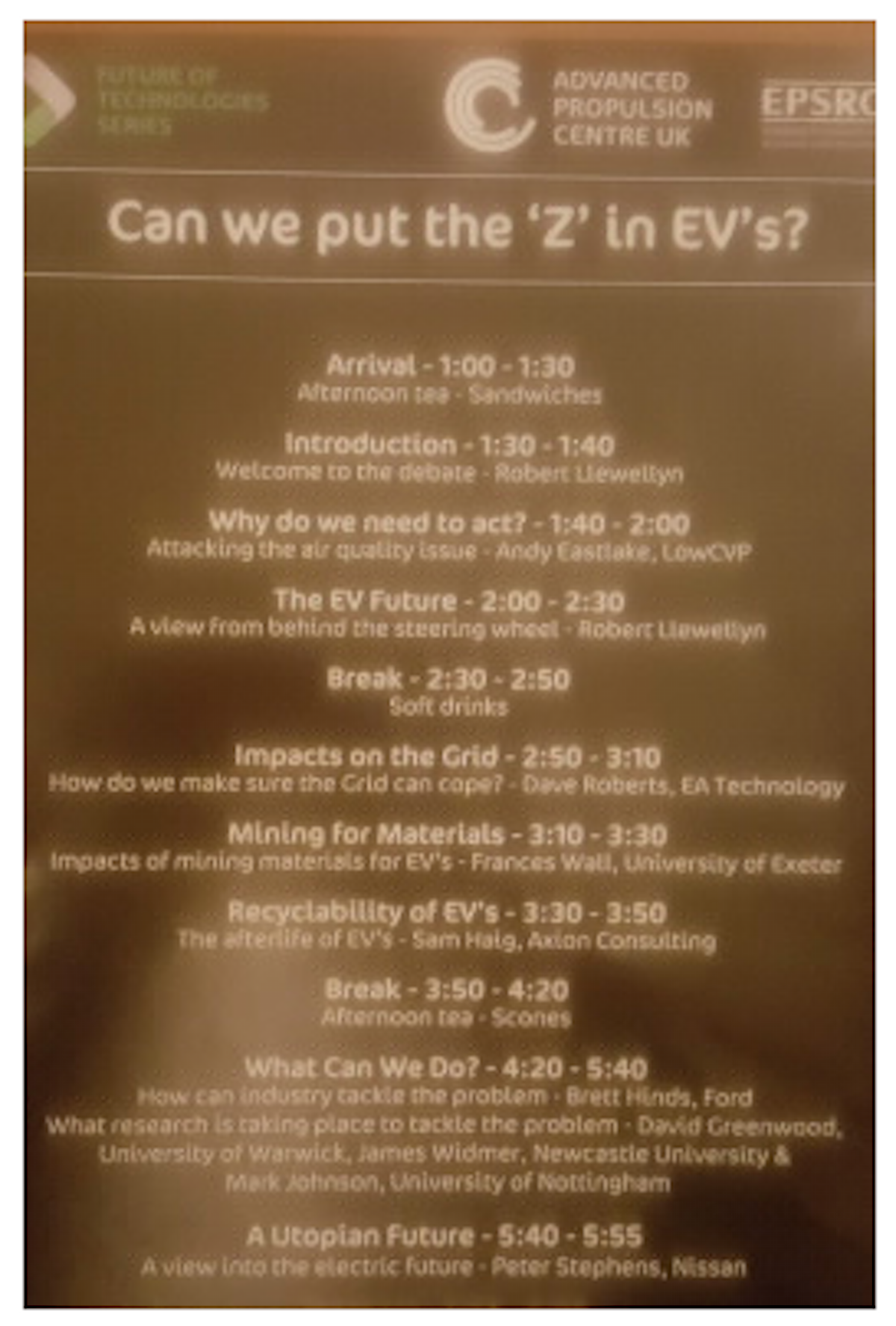 This useful half day conference revealed the views of motor company and academic experts and a user/ reviewer of electric cars.

The environmental issues were rehearsed and we were reminded that EVs give other benefits such as better ride. Some of the takeaways were that global dependence on China for rare earths has increased to 90% at a huge cost in poisoning their people and wrecking farmland because it is carried out incompetently. However, the local and global pollution problems mounting across the world are a concern for everyone and action is inadequate. Interestingly, of the here-and-now consequences of global warming, we were told that the UK prioritises coping with alien diseases and species over sea rising, weather and other consequences.

Permanent magnet motors often perform best but are bad news because they can run away, fail permanently on reaching their Curie temperature and be subject to price hikes but here we were told to add the problem of normalised greenhouse gas emissions four or more times greater than those caused in creating other basic materials for EVs. Ferrite electric traction motors sometimes perform almost as well as permanent magnet ones nowadays so the escape routes for motors are not limited to reluctance and AC induction versions.

They were negative about battery swapping for many reasons - inventory, lack of standardisation, being given a poor one for your good one, cost and so on - and Ford sees inductive charging as only work in progress due to issues such as low power, lack of standardisation and resolving the technology options "between TDK and Qualcomm with TDK winning". They liked vehicle to house and solar houses with batteries for load shifting. Solar and wind powered charging stations were appreciated and there was a nod to energy harvesting on the vehicle itself but they did not seem to know about energy independent electric vehicles. See the IDTechEx report, Energy Independent Electric Vehicles 2017-2027.

Recycling of electric vehicles and particularly their batteries as materials is seen as very uneconomic at £5-700 per car not least because lithium and most of the other elements are so widely available. The EC pushing for comprehensive recycling can lead to high costs for the manufacturers to pass on. Reuse of batteries was seen positively though lack of standardisation and changing chemistries create problems in integrating them into buildings etc. Recycling battery materials as compounds rather than elements holds some promise - not strong. 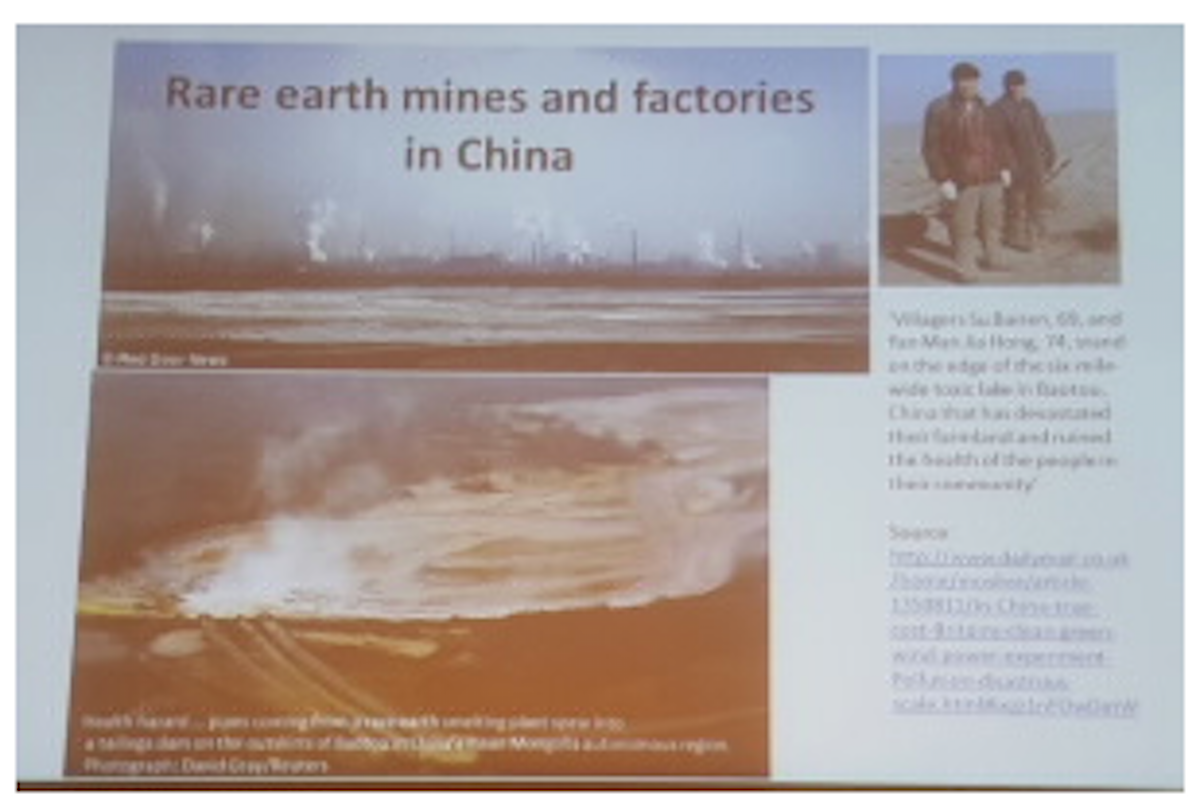 It was good to hear promotion of the importance of power electronics including wide bandgap semiconductors. See the IDTechEx report, Power Electronics for Electric Vehicles 2017-2027 for more on that one. 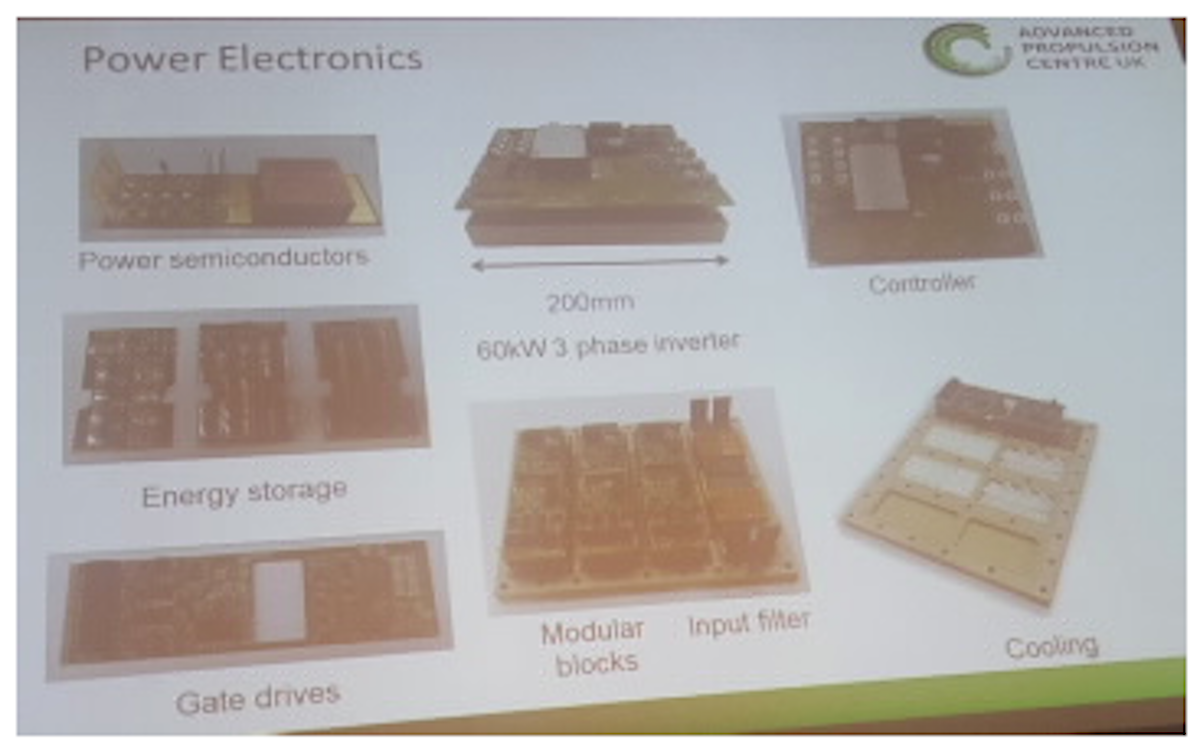 We liked the attempt to predict where we shall be in future. 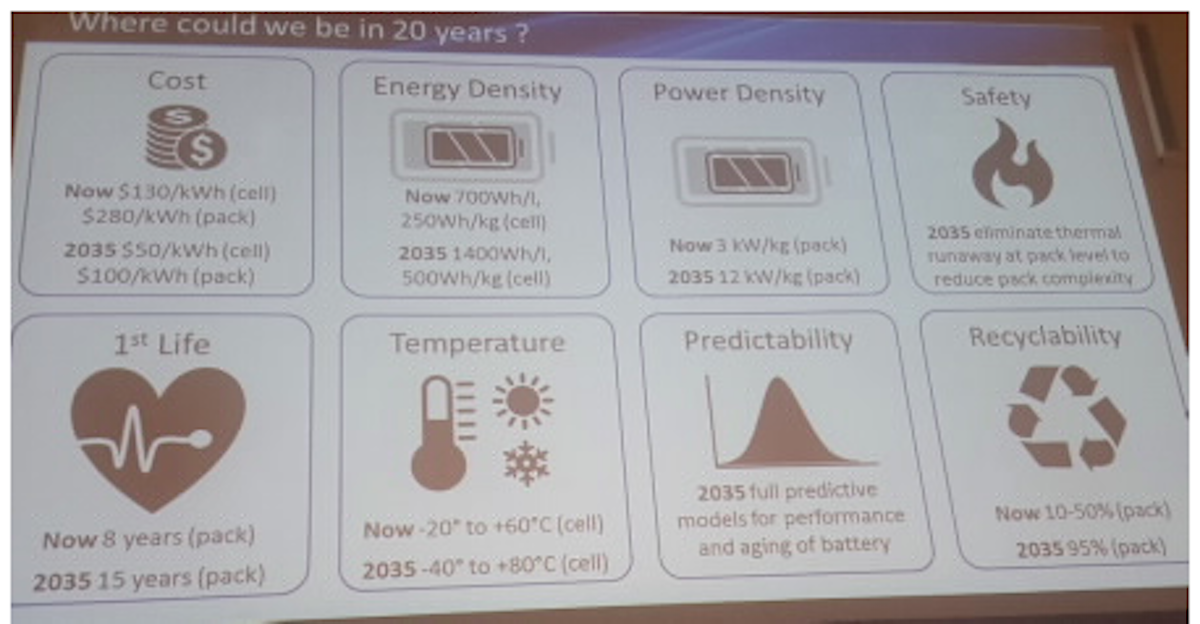 As predicted in the IDTechEx report, Lithium-ion Batteries 2017-2027 and Advanced and Post Lithium Batteries 2016-2026, we were told that the opportunities in improving batteries include high silicon anodes, solid state electrolytes, sodium-ion chemistry and, more troublesome, metal-air chemistry.
Graphene in battery anodes was not seen as promising yet in contrast to graphene in supercapacitors seen as looking good in the laboratory at least.

It was argued that range extenders have a place in plug in vehicles like the new Ford light commercial vehicle but in cars we learnt that they are rarely switched on so BMW for example, wants to convince people they are unnecessary. They argued that there is no place for improvements on the low cost of the mass produced piston engine as range extender, Ford having tried a small gas turbine and encountered integration issues. Fuel cell hybrids were not mentioned beyond one speaker having driven four types and he did not comment about the experience. Some of the other interesting slides are shown below. For more on EVs in general see the IDTechEx report, Electric Vehicles Change the World 2017-2027.
Top image: Z
PrintForwardTweetLikePinredditShare
Previous
Next