Could Pyrolysis Help the World Overcome Its Plastic Waste Problem?

Could Pyrolysis Help the World Overcome Its Plastic Waste Problem?

Jul 17, 2020 Dr Michael Dent
The world has a problem with plastic waste. Despite global plastic production continuing to accelerate, recycling rates remain stubbornly low, with only about 15% of the 400 million tonnes of plastic currently produced annually being recycled. Although recycling rates have been steadily growing over the last 30 years, the rate of global plastic production far outstrips this, meaning that more and more plastic is ending up dumped in landfills and released into the environment, where it can wreak havoc on ecosystems around the world. Better end-of-life options for plastic waste are needed to help support current recycling efforts and turn the tide on plastic waste. 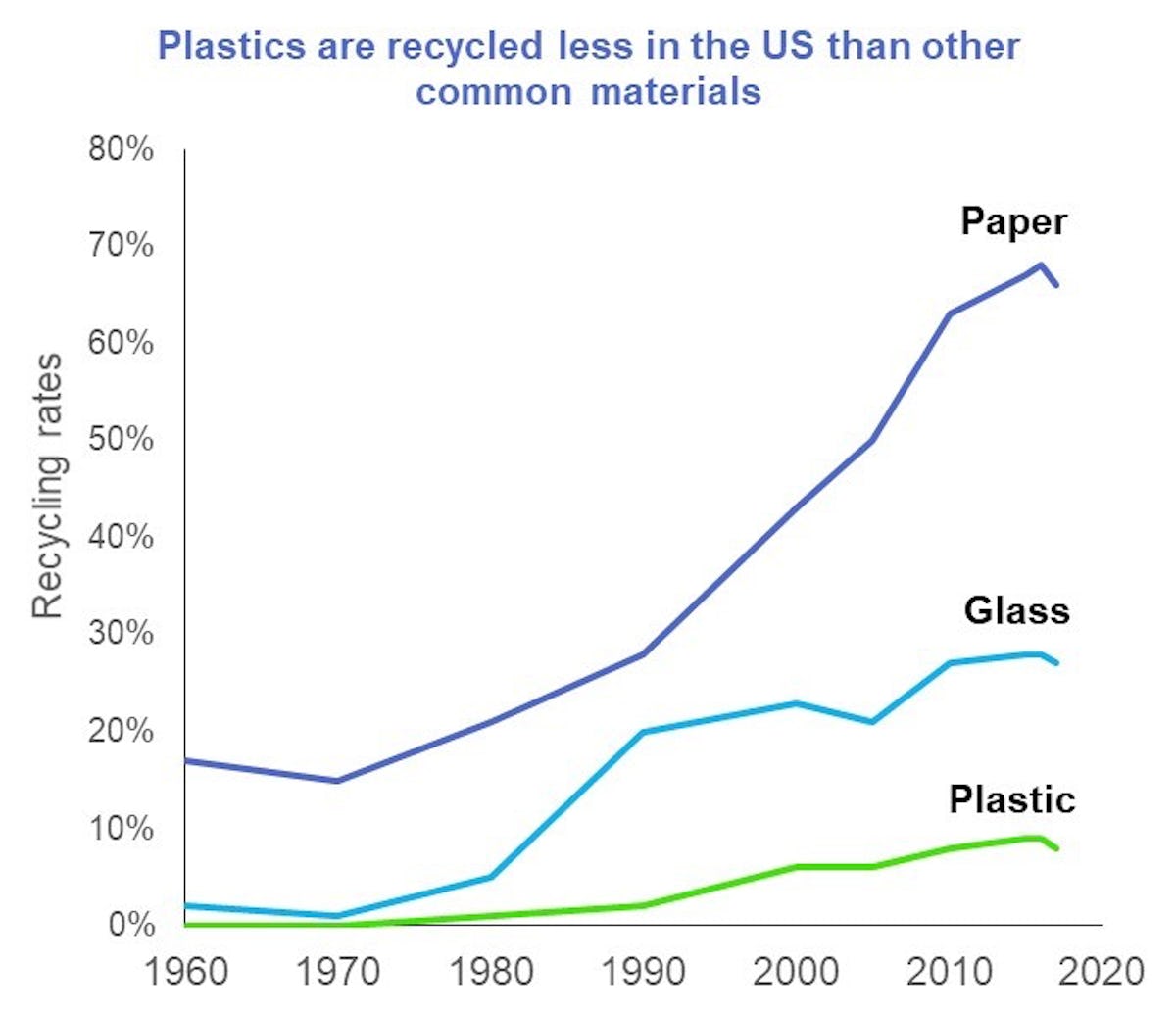 Recycling of plastics currently lags behind the recycling of other materials. Source: IDTechEx Research ,"Polymer Recycling Technologies 2020-2030"
A promising emerging technology is plastic pyrolysis, a chemical process that breaks plastics down into their raw materials. A key product is a liquid resembling crude oil, which can be burned as fuel or used as a chemical feedstock to create new plastic products, enabling a closed-loop process. Although pyrolysis has been known about for a while, in recent years interest in the technology has taken off, with companies such as Recycling Technologies and Agilyx developing large-scale reactors capable of processing thousands of tonnes of plastic waste per year.
Unlike the mechanical processes that currently dominate the global recycling landscape, plastic pyrolysis works with mixed plastic and can be used with almost any type of common plastic waste. For example, mechanically recycling waste plastic into new plastic bottles requires extensive processing, with time-consuming and expensive sorting and cleaning. Even then, plastics tend to degrade every time they are reprocessed, leading to downcycling and meaning that they are unusable after about six cycles. Not so for pyrolysis - plastic can be broken down into oil, which can then be turned into plastics completely indistinguishable from virgin plastics. 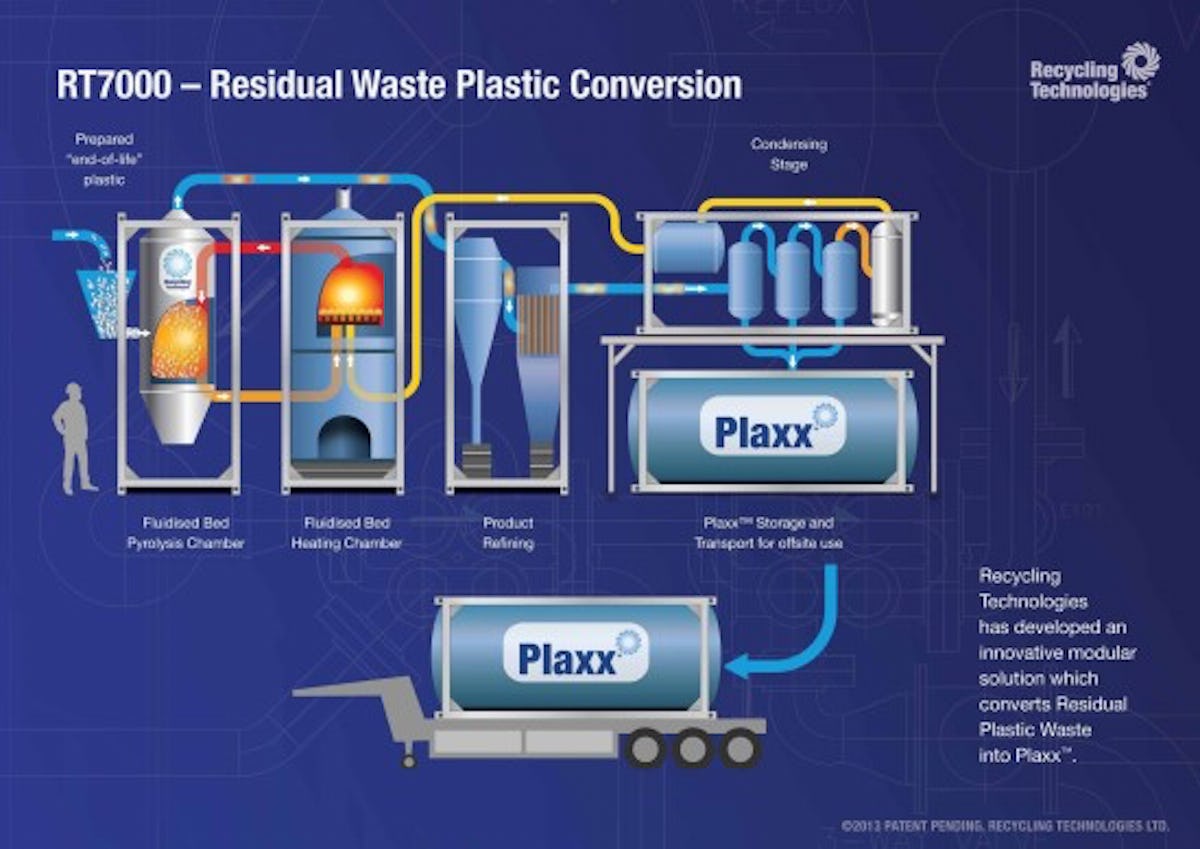 The RT7000 by Recycling Technologies can break down plastic waste into a crude oil-like product called Plaxx. Source: Recycling Technologies
However, there are downsides. Heating the plastics until they degrade requires a lot of energy and the resulting oil often requires extensive processing before it can be used for the same processes as crude oil. Contamination is also an issue - chlorine and oxygen-containing polymer can lead to acidic products that can cause problems. Nevertheless, the industry is growing rapidly, and investors and governments are hopeful that chemical recycling can form part of a coordinated global effort to improve sustainability.
For an in-depth review of chemical recycling technologies, as well as an exploration of the global market for recycling technologies, please see the recent IDTechEx report, "Polymer Recycling Technologies 2020-2030" or for the full portfolio of research available from IDTechEx please visit www.IDTechEx.com/Research.
PrintForwardTweetLikePinredditShare
Previous
Next