May 15, 2017 Dr Peter Harrop
The successful "IDTechEx Show!" in Berlin with nearly 3000 paying delegates, nine parallel conferences, 25 masterclasses and a large exhibition had a huge amount for the electric vehicle enthusiast. The emphasis was the future including the longer term. IDTechEx has pioneered perception of the end game as something beyond pure electric land, water and airborne vehicles that plug in or charge contactlessly. It is energy independent vehicles and here a more advanced version of these emerged as various forms of energy positive vehicles that produce more electricity using on-board equipment than that required for their duty cycle of travel.
That included "Airborne Wind Energy" analysed and forecasted in the new IDTechEx report, Airborne Wind Energy (AWE) 2017-2027, a pasta van that grabs so much wind energy it can cook 100 portions when it stops and the Stella Lux commuter car for four on display. This award winning Dutch vehicle donates to the grid after the daily commute.
Professor Pietro Perlo presenting his restaurant car powered when stationary by an erecting array of four annular wind turbines totalling 500W and solar panels. 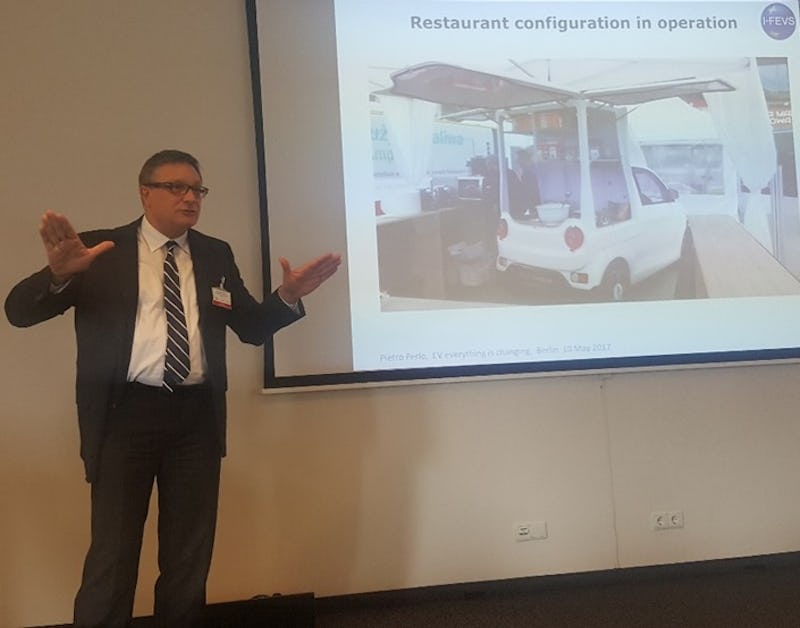 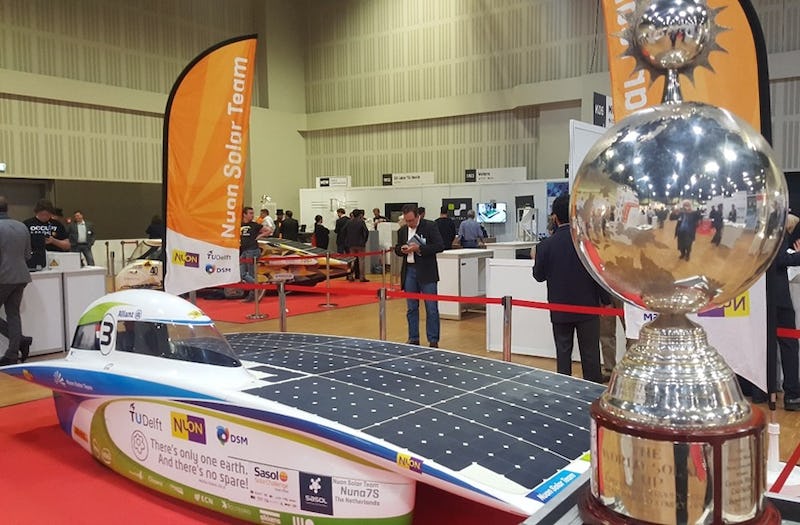 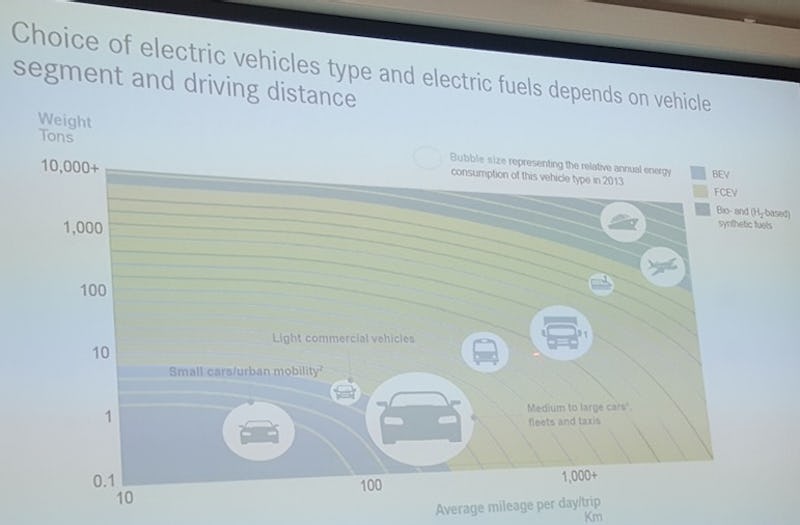 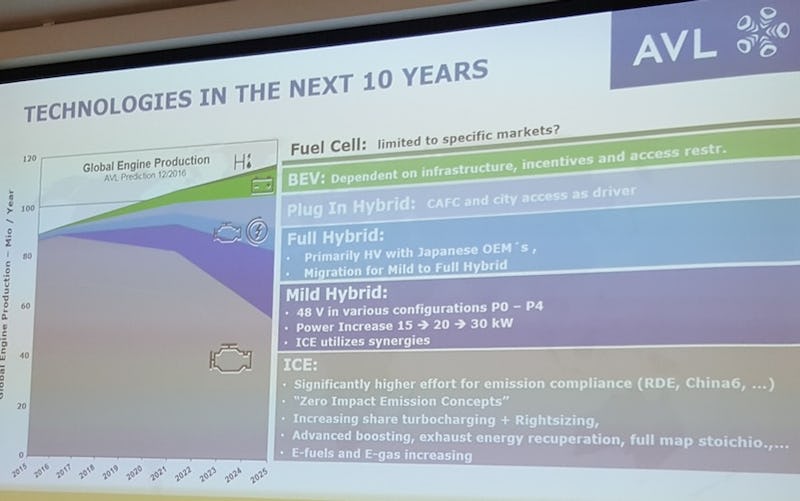 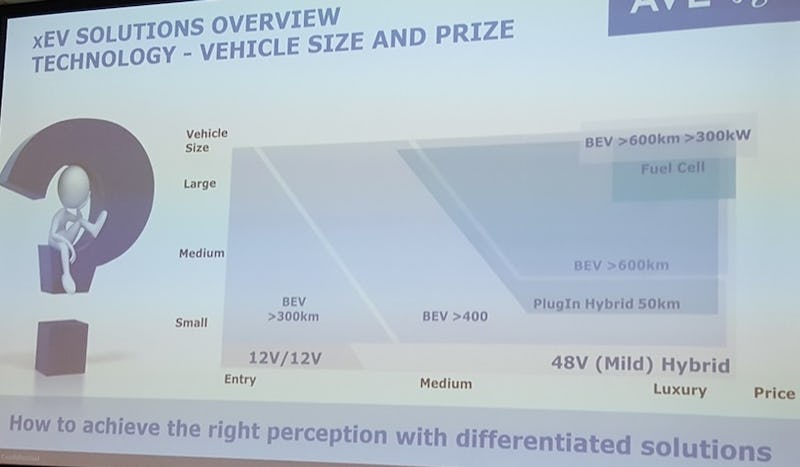 Source: IDTechEx photograph of AVL slide
There is still no shakeout in motor designs for full hybrid and pure electric vehicles and even for the motor generator in 48V mild hybrids but there is a strong move to several rotating electric traction machines for all of these, to give multiple benefits from cost of ownership and fuel economy to performance and vectored steering and drive, near wheel motors being increasingly popular. In-wheel is much rarer beyond bikes due to cost and performance concerns though Protean Electric saw hundreds of cars on the road having its in wheel motors within a year.
Dr Greg Offer of Imperial College London saw some supercapacitor potential but little scope for supercapacitors that are hybrids between pure supercapacitors and lithium-ion batteries saying they are good holding power for minutes but are not intermediate in all respects, sometimes being "the worst of all worlds". Europe is a net importer of supercapacitors but Yunasko of the Ukraine has some of the world's best hybrid supercapacitors and the energy density in production of Skeleton Technologies in Estonia is hitting a remarkable 33 Wh/kg, the other parameters being magnitudes better than batteries. All this is relevant to the rapidly evolving markets of electric aircraft and marine vessels too. Everywhere autonomy is a strong theme but with volume uses leading to commoditisation of hardware and a large software and services market. Drivers include the young rejecting car ownership (a recent drop of 30% in driving tests in the UK for instance) and cities moving towards banning private cars. It is almost all about autonomy of vehicles bought by companies, though some are then rented to individuals as needed. Legal challenges were aired.
40% attendee discount for Electric Vehicles: Everything is Changing USA 2017
Join us for Electric Vehicles: Everything is Changing USA in Santa Clara, November 15-16 2017, part of the IDTechEx Show! The event brings together the complete value chain, from technology developers to integrators to end-users, providing insight on market trends, latest products and emerging technology toolkits. Register before July 14 for a 40% discount.
PrintForwardTweetLikePinredditShare
Previous
Next