Electrolyzers are the First Step Toward Green Hydrogen Production

Electrolyzers are the First Step Toward Green Hydrogen Production

Apr 01, 2021 Daniele Gatti
The hydrogen market is always associated with fuel cells and vehicles, but this is actually a tiny portion of the overall hydrogen market. In fact, to use hydrogen in fuel cells and industrial applications, it is necessary to produce hydrogen cost-effectively.
The strong potential of hydrogen is driven by the fact that it is impossible to electrify some of the most polluting sectors, including the steel, ammonia, and glass industries. In these sectors, hydrogen will be produced from renewable energy employing electrolyzer systems. Although still in its early stage, the electrolyzer market found strong support from government institutions, particularly from the EU parliament. The European 'Green Deal' has highlighted the importance hydrogen will play in the future economy.
Following the announcement of the 'Green Deal', many countries in Europe announced their hydrogen strategies to promote the adoption, and the 2x40GW project is pushing the adoption of electrolyzer systems with €20bn investments.
Therefore, IDTechEx investigated this fast-growing market, showing the outcome of their research in the new report "Green Hydrogen Production: Electrolyzer Markets 2021-2031".
The report addresses the different technologies involved, market players, and most important end-user applications, showing the next adopters of electrolyzers.
With a fast-growing market with a CAGR of 48% between 2021 and 2031, IDTechEx forecasted a multi-billion market in 2031. 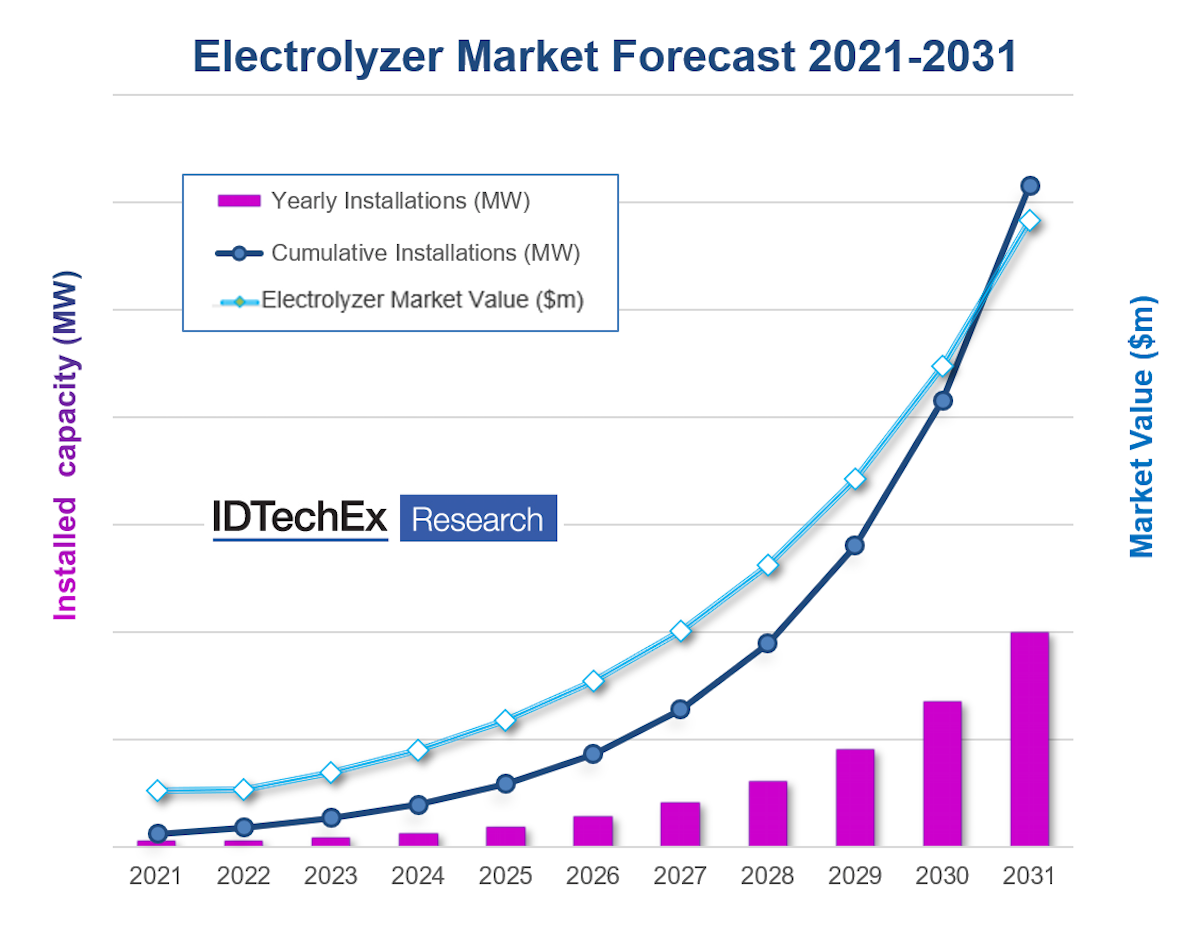 Figure 1: IDTechEx forecast for the electrolyzer market, showing capacity installed and market size, for the period 2021-2031. Source: IDTechEx - "Green Hydrogen Production: Electrolyzer Markets 2021-2031".
As highlighted in the IDTechEx report, many projects have been announced in Europe, although it is not the only market where hydrogen is being adopted. Australia, Chile, Japan, South Korea, and Canada are some of the countries deeply involved in hydrogen development.
Although each country presents a specific roadmap for hydrogen adoption, the industries which will benefit from the adoption of hydrogen will all be the same. Nowadays, hydrogen is mostly used for ammonia production and refinery products, with the remaining 20% of the market addressed by other sectors like energy storage, automotive, and methanol production.
To understand how the hydrogen market will evolve, IDTechEx investigated the end-users industries adopting hydrogen. The analysis performed shows the reader where and how hydrogen will be used in the following decade, together with the different technologies involved in it. 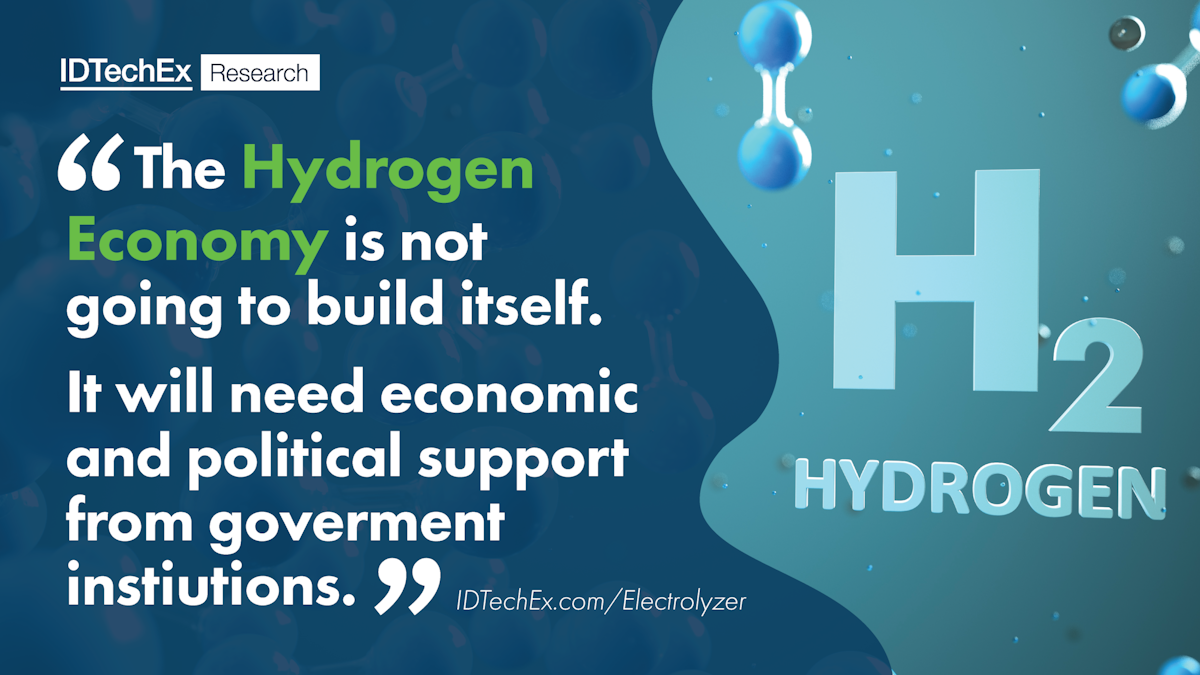 The hydrogen production is currently largely dominated by the reforming of methane, which converts methane in hydrogen by the so-called Steam Methane Reforming (SMR). SMR technology produces low-cost hydrogen, although with considerable emissions (ca. 10kgCO2/kgH2). Therefore, to decarbonize these sectors, a strong hydrogen economy is required, with electrolyzer systems providing green and high purity hydrogen. Due to the higher cost of the green hydrogen produced by the electrolyzers, strong financial support to this industry is required.
Alkaline (AWE), PEM (PEMEL), and solid oxide (SOEL) electrolyzers are the future of green hydrogen production, if and only if renewable electricity is employed. While the alkaline systems have dominated the scene for the last hundred years, over the last two decades, the PEMEL and SOEL systems started populating the hydrogen market with innovative and more efficient technologies to produce hydrogen.
The IDTechEx "Green Hydrogen Production: Electrolyzer Markets 2021-2031" report investigates each of the three technologies, showing the technical characteristics, highlighting the advantages and disadvantages of each system, and related implications in the final market adoption.
For more information on this report, please visit www.IDTechEx.com/eletrolyzer, or for the full portfolio of Energy Storage research available from IDTechEx, please visit www.IDTechEx.com/Research/ES.
IDTechEx guides your strategic business decisions through its Research, Subscription and Consultancy products, helping you profit from emerging technologies. For more information, contact research@IDTechEx.com or visit www.IDTechEx.com.
PrintForwardTweetLikePinredditShare
Previous
Next