Feb 26, 2015
It started with the bicycle dynamo and now no self-respecting vehicle designer ignores the possibility of many forms of energy harvesting in his design of a land vehicle. As the illustration shows, the alternator often goes backwards during coasting and braking of a conventional vehicle. Planned versions of these will even provide torque assist in conventional vehicles when needed, intermittently doubling as a traction motor from a more powerful battery. Then even a motorcycle engine may suffice.
Regenerative braking is old hat with electric vehicles but nowadays it tends to be done more elegantly with the motor working backwards not driving a separate generator. Having a wind turbine snap up when the vehicle is parked sounds silly but it is at least a possibility given what already happens with all those boats in marinas. Thermoelectric harvesting on the engine or, for hybrid electric vehicles, on the range extender is expected to be viable within three years and it may be put on the exhaust as well.
One research project will test turbines in the exhaust pipe of conventional cars with tiny engines. These will kick in when a little back pressure is tolerable. Each energy harvesting shock absorber on a bus is expected to generate one kilowatt and, on a car, up to 0.5 kW. All that and wrap-around solar adds up to at least doubling the range of electric vehicles even before batteries are improved two fold. Pure electric vehicles with the range of conventional vehicles are therefore in prospect and, in the meantime, the car with a motorcycle engine and no reduction in performance is a real probability thanks to energy harvesting and to lightweighting such as bodywork doubling as energy storage. There is more. Weaker, localised energy harvesting such as piezoelectric vibration harvesting is being developed not to charge the traction battery but to operate wireless devices proliferating throughout all vehicles. 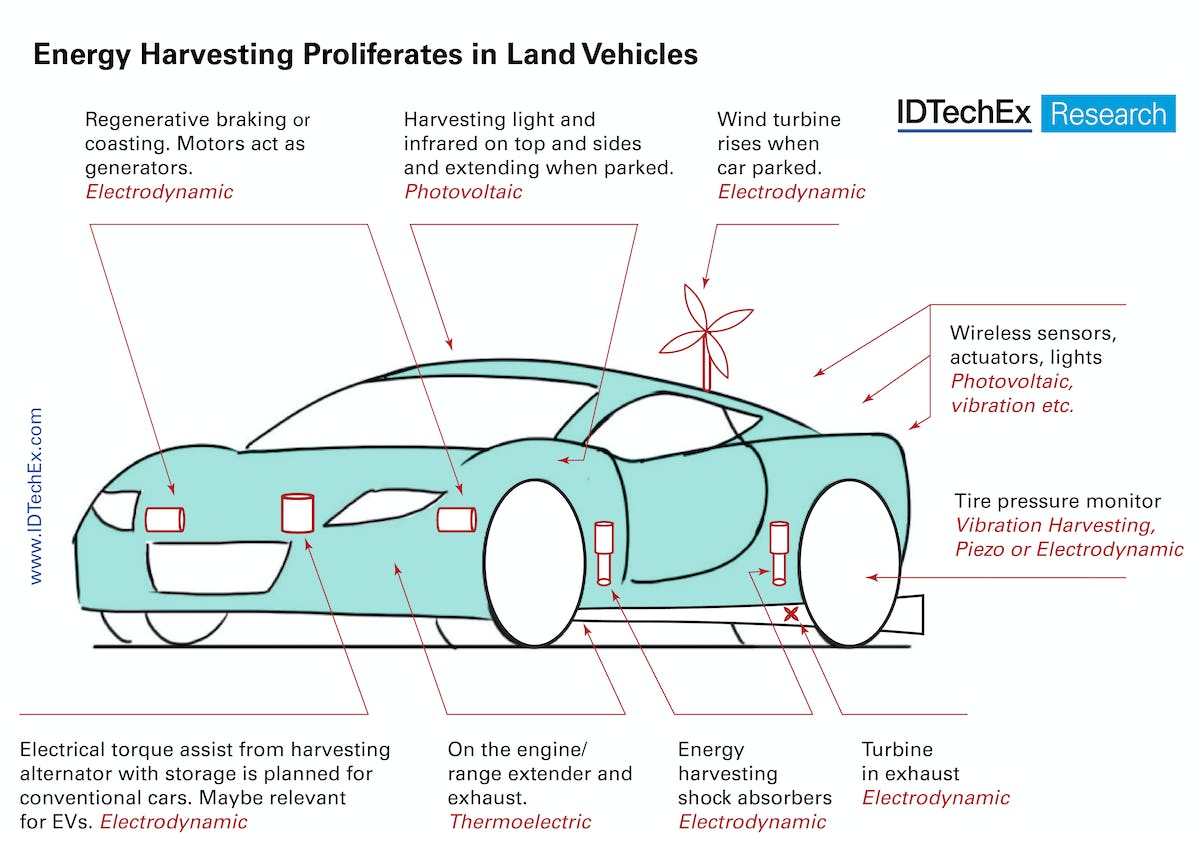