Sep 17, 2020 Dr Michael Dent
Cultured meat products, meat-like products grown in a lab from cells extracted from animals without requiring the animals to be slaughtered, could allow to world to continue eating meat without the environmental and ethical issues that surround the conventional meat industry. Over the last few years, start-ups around the world have been racing to bring the first cultured meat products to market. Here, we explore five companies at the forefront of the cultured meat revolution, based on analysis from the recent IDTechEx Research report, Plant-based and Cultured Meat 2020-2030.

The company where it all began, Mosa Meat was founded in 2013 by Dr Mark Post of Maastricht University. In August 2013, Dr Post cooked and tasted the world's first cell cultured hamburger in front of a crowd of journalists in London. The hamburger was produced from bovine muscle cells grown in the lab and reportedly cost over €250,000 to produce. Luckily, things have moved on since then, with Mosa Meat currently claiming it can grow a "beef" patty for around €9.
To grow its beef patties, Mosa Meat takes myosatellite cells, which are muscle stem cells, from live cattle via a small biopsy. The cells are then proliferated in a bioreactor resembling the bioreactors that beer and yoghurt are currently grown in, until there are trillions of myosatellite cells. By changing the growth medium they are fed, the cells then differentiate into muscle cells, forming myotubes, which are primitive muscle fibres less than 0.3 mm long. The myotubes are placed in gel that is 99% water, which helps the cells form into muscle fibres, which can then be harvested as meat. Mosa Meat is aiming for a small scale commercial release within the next few years, following scale up of production facilities and regulatory approval. 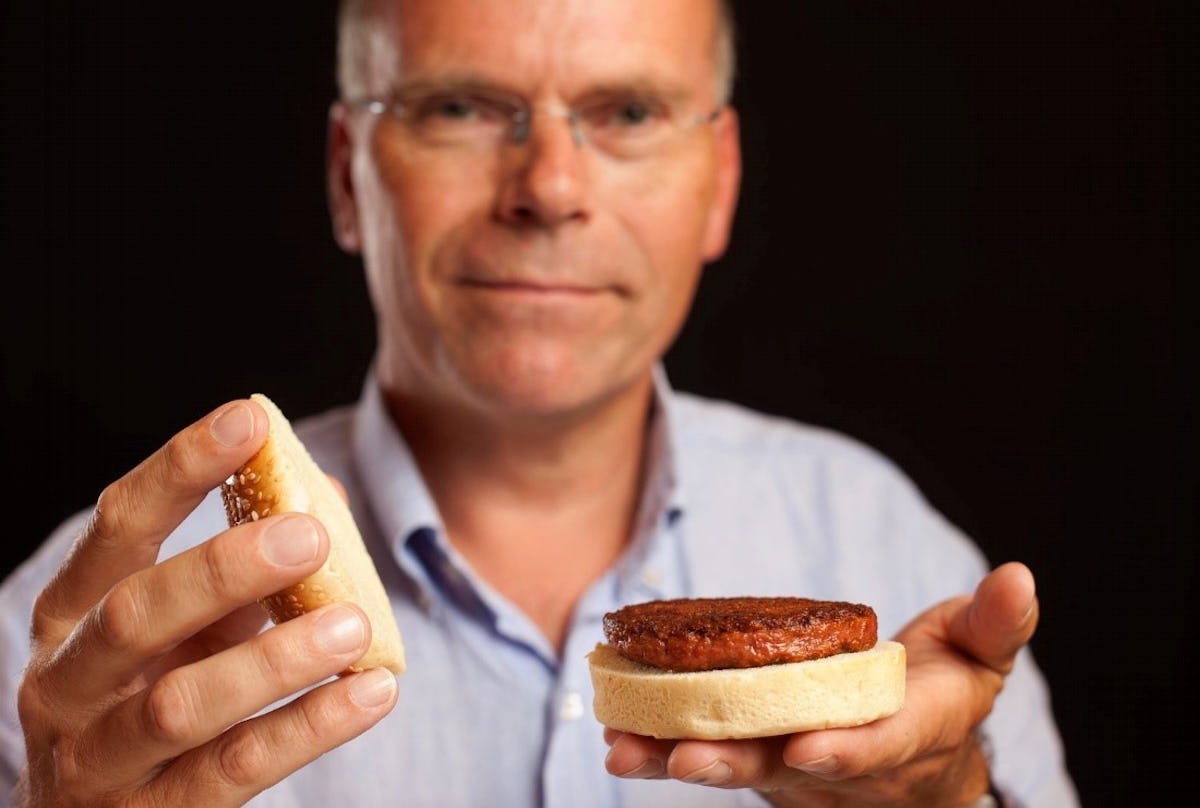 Memphis Meats is a Californian cultured meat start-up founded by cardiologist Dr Uma Valeti and cell biologist Dr Nicholas Genovese in 2015. Much like Mosa Meat, Memphis Meats uses myosatellite cells to grow meat products, with the company having produced cultured chicken nuggets and beef meatballs, as well as duck tissue.
In 2020, the company completed a $161 million Series B fundraising, by far the largest funding round ever completed by a cultured meat company, which the company intends to use to construct a pilot production facility. With over $181 million in private funding from backers including Richard Branson, Bill Gates, and meat industry giant Tyson Foods, many are expecting Memphis Meats to be the first company to successfully release a cultured meat product. Nevertheless, CEO Uma Valeti has urged caution from the cultured meat industry around releasing a product too soon and stressing the need to get the release right. A rushed release in front of a sceptical public could tarnish the image of the cultured meat industry for years and severely hamper its growth. 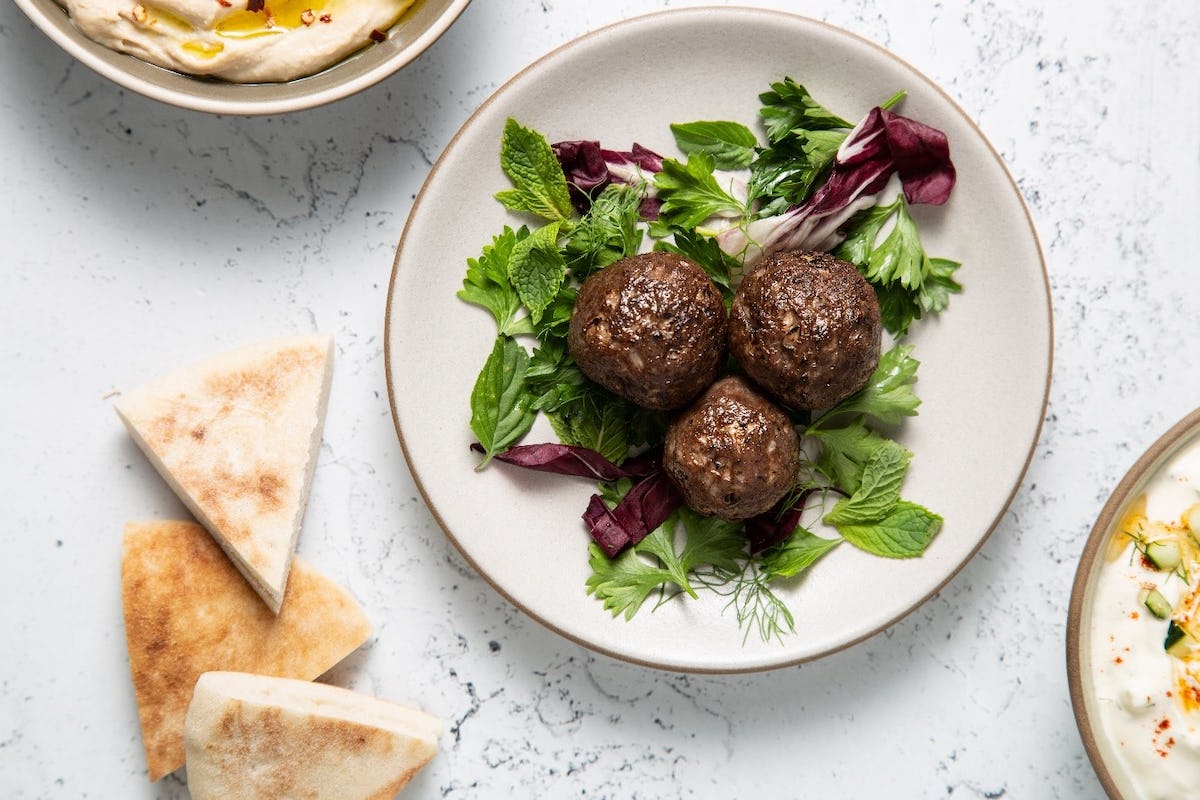 Aleph Farms is an Israeli start-up developing cultured meat products. Whereas most cultured meat companies are developing "unstructured" meat products such as burgers and nuggets, which are technically easier to produce, Aleph Farms is going one step further by creating cultured steaks using proprietary 3D technology.
The process involves using a specially designed scaffold to co-culture muscle, fat, and connective tissue, alongside vasculature to produce a fully formed steak within 3-4 weeks. Aleph Farms claims its technologies allow several types of cells to grow together into complex shape, something which has historically been a major hurdle to developing structured meat products. After seeding in a bioreactor, the cells grow directly into the structure of a steak on the scaffold, rather than needing to be manually combined afterwards. The company is aiming to reach the market with a limited launch within 3-4 years. Steaks will be grown in "bio-farms", large facilities with tanks similar to those seen in dairy factories or breweries. 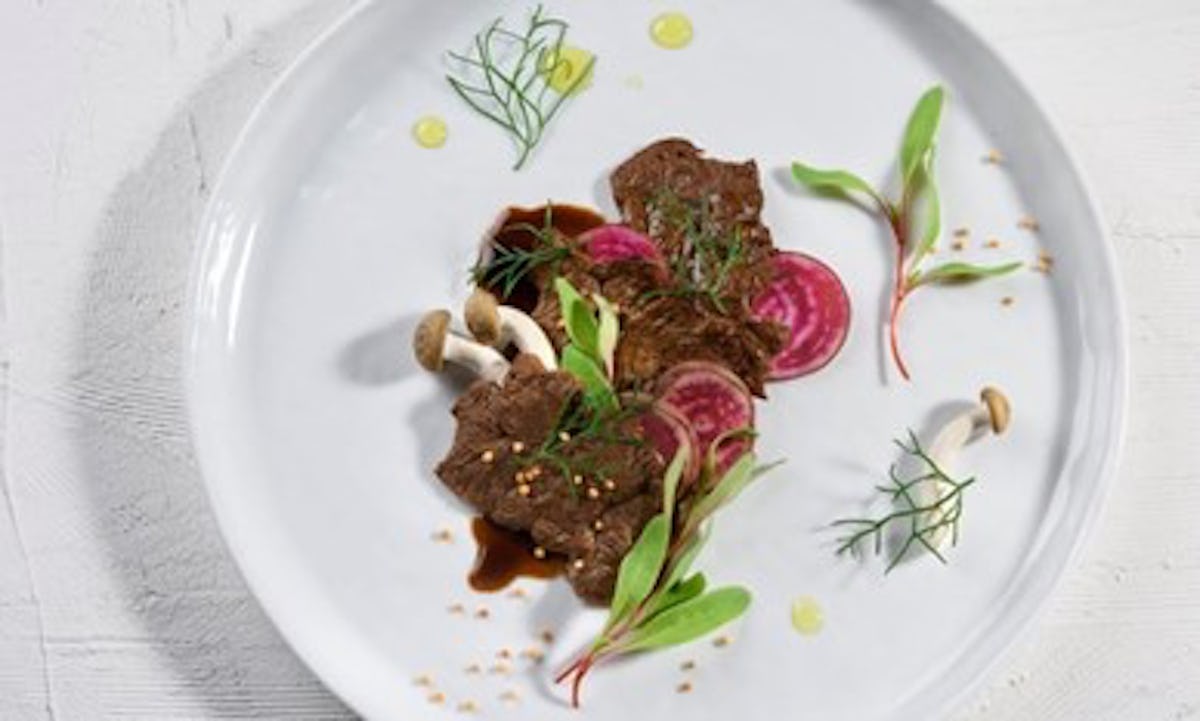 Aleph Farms has demonstrated prototypes of its cultured steaks, which currently cost about $50 to produce (Image source: Aleph Farms)

Not all cultured meat companies are focusing on beef and chicken. BlueNalu is a start-up based in San Diego, California that is developing cultured seafood products. In August 2019, BlueNalu became the first cultured meat producer to release design schematics for a large-scale production facility and describe a strategy for commercialising cultured meat.
BlueNalu's commercialisation strategy involves five phases, starting with R&D and small-scale pilot testing, before moving onto market research testing and culminating with 150,000 sq. ft. facilities, each of which can produce up to 18 million lbs of cultured seafood from finfish, crustaceans and molluscs, the equivalent of 72 million four oz. seafood fillets. In June 2020, the company signed a lease for an expansion to its administrative, R&D and manufacturing space with a new facility in San Diego that is more than 38,000 sq. feet, a six-fold increase over the current BlueNalu space. The larger facility will include a Good Manufacturing Practices (GMP) pilot-scale food production plant that will be designed for the commercial production of BlueNalu's various cell-based seafood products in its initial test markets.
BlueNalu intends to produce seafood from species that are overfished, primarily imported, contain high levels of pollutants such as mercury and/or are difficulty to farm raise, with the initial focus being on seafood that commands a premium price with strong consumer familiarity. The company intends to release products into a test market in two to three years, before opening its first large-scale production facility within five years. 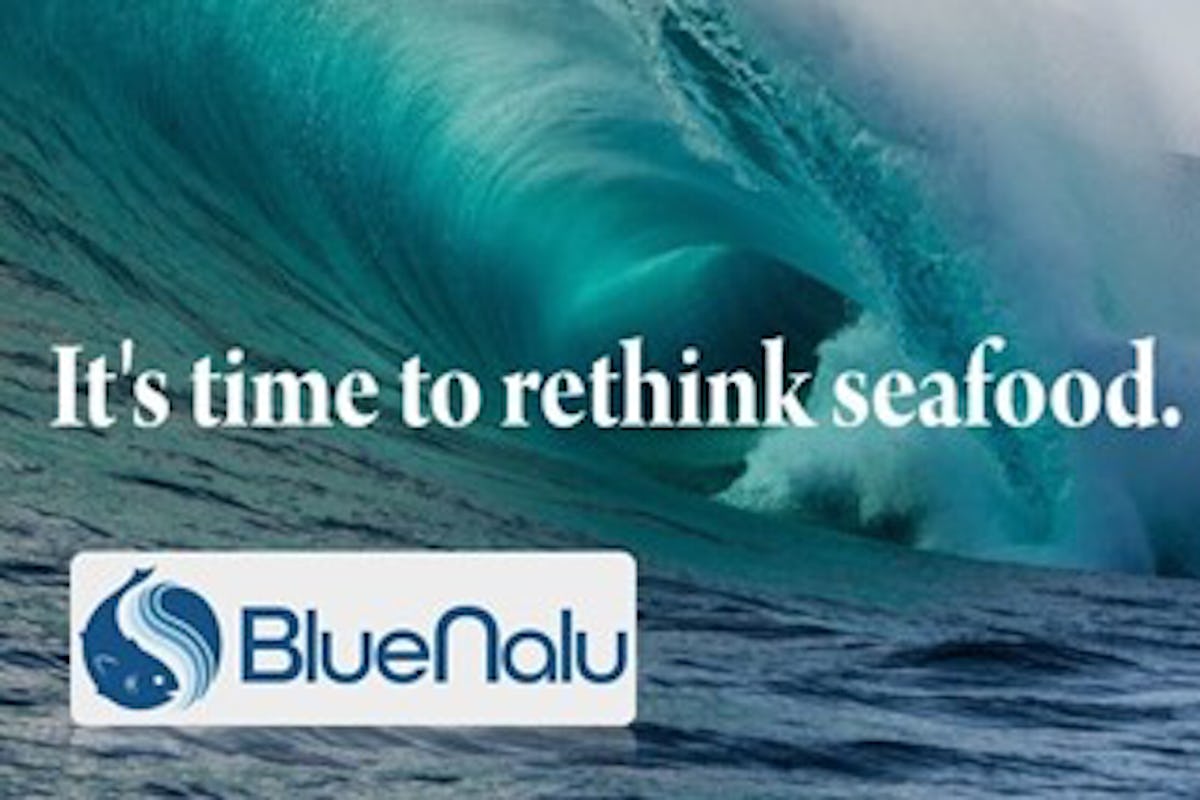 Another company working on developing cultured seafood products is California start-up Finless Foods, which is currently attempting to develop cultured bluefin tuna. Bluefin tuna is an expensive and endangered animal that cannot be farmed using aquaculture, and so there is a pressing need to develop alternative.
Finless Foods believes that there are several advantages to developing cultured fish meat compared with cultured mammal or bird tissue. Fish have a much lower body temperature than mammals or birds, so cells are cultured at 24-26°C. Fish cells are also more tolerant to temperature shifts. This reduces energy costs and simplifies production. Creating an accurate texture is also easier with cultured fish meat. Fish naturally has a thin, sheet-like texture, which is simpler to recreate through culture than the complex 3D structure of animal muscle.
The company believes that the path to success in cultured meat is through delivering new experiences, rather than simply replicating meat, and delivering an inferior copy. For example, rather than culturing cod meat that Western consumers are very familiar with, culturing cells from species that Western consumers have never had before, delivering an exciting new experience.
For more information about the cultured meat industry, including an analysis of the technology involved, an evaluation of the market factors that are shaping the industry and 10-year forecasts of market growth, see the recent IDTechEx Research report, Plant-based and Cultured Meat 2020-2030.
For more information on this report, please visit www.idtechex.com/AltMeat or for the full portfolio of Food & AgTech research available from IDTechEx please visit www.IDTechEx.com/research/AgTech.
IDTechEx guides your strategic business decisions through its Research, Consultancy and Event products, helping you profit from emerging technologies. For more information on IDTechEx Research and Consultancy, contact research@IDTechEx.com or visit www.IDTechEx.com