Apr 01, 2016
This article shares some of the market research carried out for the brand new IDTechEx report, Future Powertrains 2016-2036 Put at its simplest, the main powertrain options for land vehicles over the next twenty years are as follows:
However, there is more to it than this, with new variants becoming practicable. We now repeat these basics giving more detail. 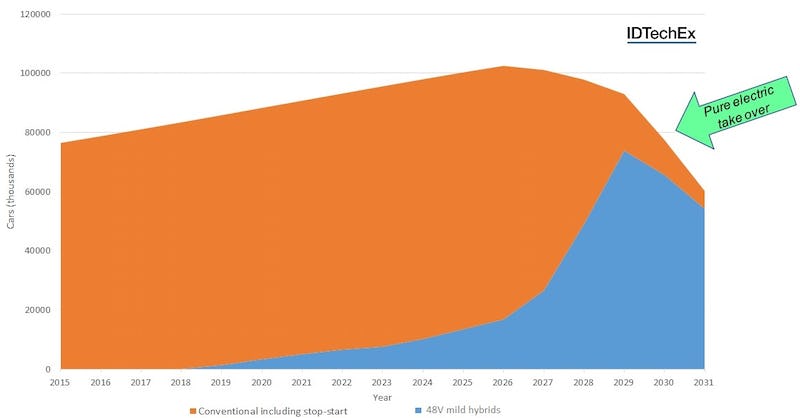 Source: IDTechEx Research report, "Future Powertrains 2016-2036" (www.IDTechEx.com/powertrains)
In addition to these forecasts a new and detailed roadmap is presented in the brand new IDTechEx Research report Future Powertrains 2016-2036, covering both technology and market development. IDTechEx tables and infographics pull together the analysis making it easy to absorb. No one else has this level of detail. Uniquely, IDTechEx presents a bigger picture of opportunity than that addressed by other observers and participants. The future is very different from that commonly portrayed and much more exciting.
Top image of Immortus car: EVX Pty Ltd
PrintForwardTweetLikePinredditShare
Previous
Next