Mar 30, 2017 Dr Peter Harrop
China may be gearing up to have 100,000 pure electric taxis with zero emissions in use soon but at least the iconic British black cab is going to be made in Britain as a hybrid - by a Chinese company. A key part of the powerful strategy of China in seeking to supply large numbers of pure electric taxis and buses across the world is to have some local production of something electric, the Lancaster plant of BYD in the USA being an example. See the IDTechEx report, Electric Buses 2017-2027.
Latest announcement is by Geely of China which has said that its new factory in the Midlands would assemble hybrid black taxis and electric vans for shopping home deliveries. The plant, about the size of six football pitches, is committed to building more than 20,000 units a year from as early as 2018.
It will shortly begin building 30 six-seat next-generation black cabs a week. The priority is to get the redesigned TX5 taxi into the hands of London's cabbies from the end of this year as new regulations from January 1, 2018, insist that all newly registered licensed cabs must be at least partially run on zero-emission technology. This is a modest contribution to dealing with the nearly 10,000 deaths yearly from emissions in London.
Much of the Ansty output will use the same assembly lines to produce electric vans for delivery companies such as UPS and Amazon because internet shopping has led to a boom in these in the UK as elsewhere in the world. See the IDTechEx reports, Electric Vehicles Land Water Air: Forecasts, Analysis, Opportunities 2017-2027 and Industrial and Commercial Vehicles 2017-2027. 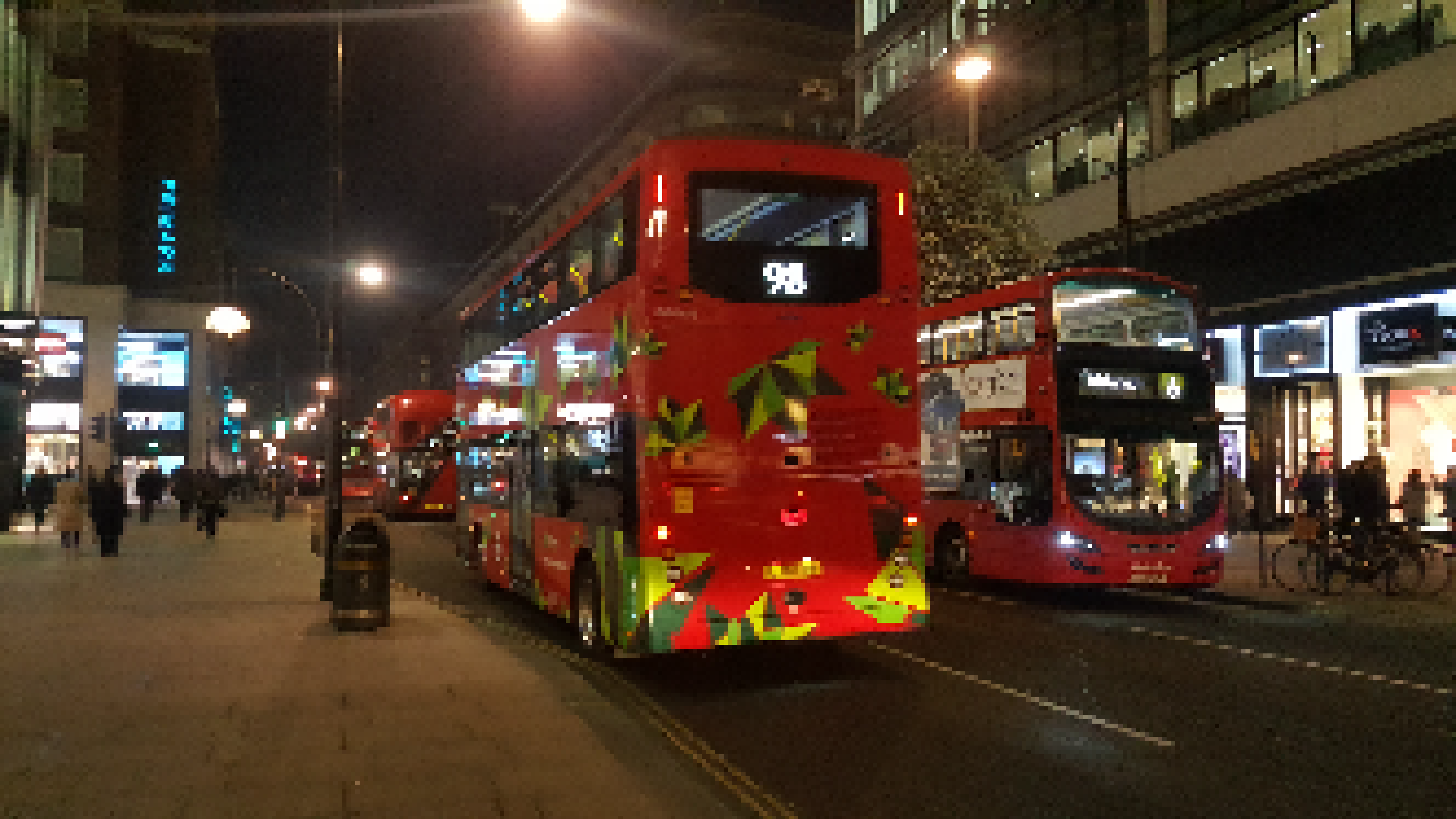 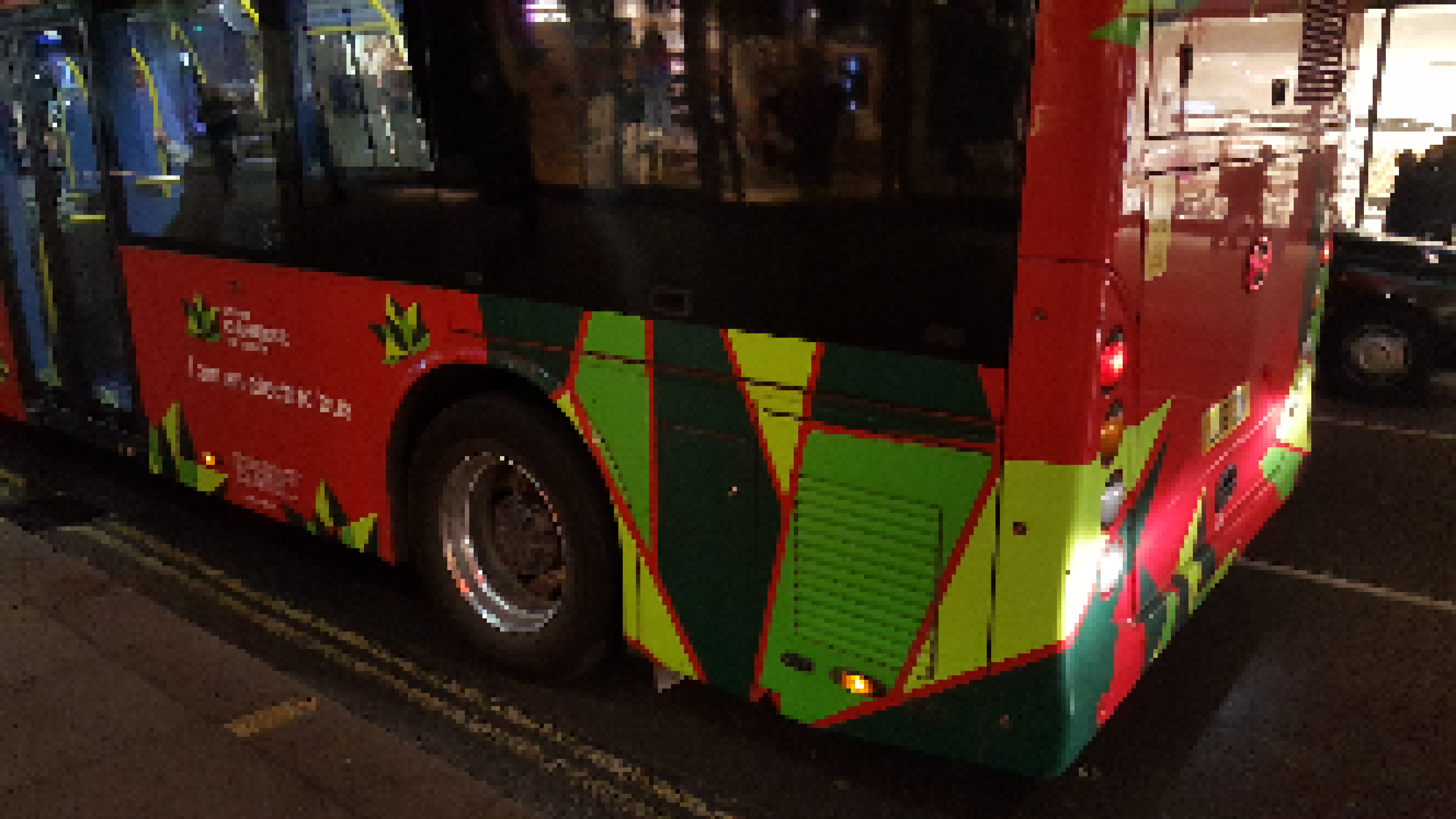 Chinese BYD pure electric double decker bus on trial in London yesterday
The old business is moving from its present Coventry home, which is still building the last generation of TX4 cabs. Ansty already employs 600 people and this is expected to reach 1,000 when it gets nearer to full production.
Opening the new plant, Greg Clark, the business secretary, said that the factory and its vehicles would help to put Britain at the forefront of the electric automotive manufacturing industry. "We are on the brink of a road transport revolution," he said. "If people see black cabs go green, they will know all cars can." This is pushing it rather as people are more than familiar with Prius and hybrid cars everywhere, hybrid taxis being a decade late follower!
The minister announced that London cabbies would be offered a £7,500 sweetener to buy the electric taxis, which aim to have a 70-mile range on a single charge, from a £50 million fund. That should put the vehicles at least on a par with the price of conventional black cabs, although London Taxi Company argues that the running costs of hybrid cabs should be much lower. Mr Clark also announced an £18 million fund to increase the number of public charging points for the taxis. Unfortunately the necessary fast chargers are some way off so these taxis will have to run mainly on gasoline for many years albeit more economically.
Chris Gubbey, chief executive of London Taxi Company, said: "This is the first dedicated electric vehicle plant in the UK and the single largest greenfield investment in British automotive manufacturing by a Chinese company."
Carl-Peter Forster, the chairman, said that the announcement "brings together quintessential British technologies in 'lightweighting' vehicles using aluminium and bonding techniques seen in Formula One and in British sports cars".
Geely, which is putting £325 million into the plant, is best known in Europe as the owner of Volvo. Much of the technology for the cabs and vans will come from the Swedish carmaker.
The electric powertrain technology, three-cylinder combustion engines to extend the travel range of the electric motor and the batteries are all coming from overseas. It is understood that about 33 per cent of the vehicles' parts by value will be sourced from Britain.
London Taxi Company is planning to target markets in Europe, with cities such as Amsterdam, Oslo and Munich all demanding lower-emission taxis.
"The environment could not be better for us in which to launch," Mr Forster said. "It is the topic of the day."
Mr Gubbey dismissed the rise of the likes of Uber as representing a threat to the conventional black cab. "We have a 100 per cent accessible vehicle for wheelchair users, the mobility impaired, the elderly, the family with a baby and buggy," he said.
The government is said to be standing behind about £80 million of the investment.
PrintForwardTweetLikePinredditShare
Previous
Next