Mar 14, 2017 Dr Peter Harrop
At "Future Powertrain" March 2017, Steve Gill, Director- Powertrain Engineering Ford of Europe Ford Motor Company declared that Ford will spend $4.5 billion on electric vehicles over the coming five years. Ford does not see fuel cell on-road vehicles being serious contenders for at least 15-25 years. Governments will have to heavily fund hydrogen infrastructure for success. Clean diesel will be around for "a long time" but the most dramatic advance will be pure electric "battery " on-road vehicles being price competitive in 2025. Right now, all that internet shopping creates a strong demand for pure electric delivery vans. 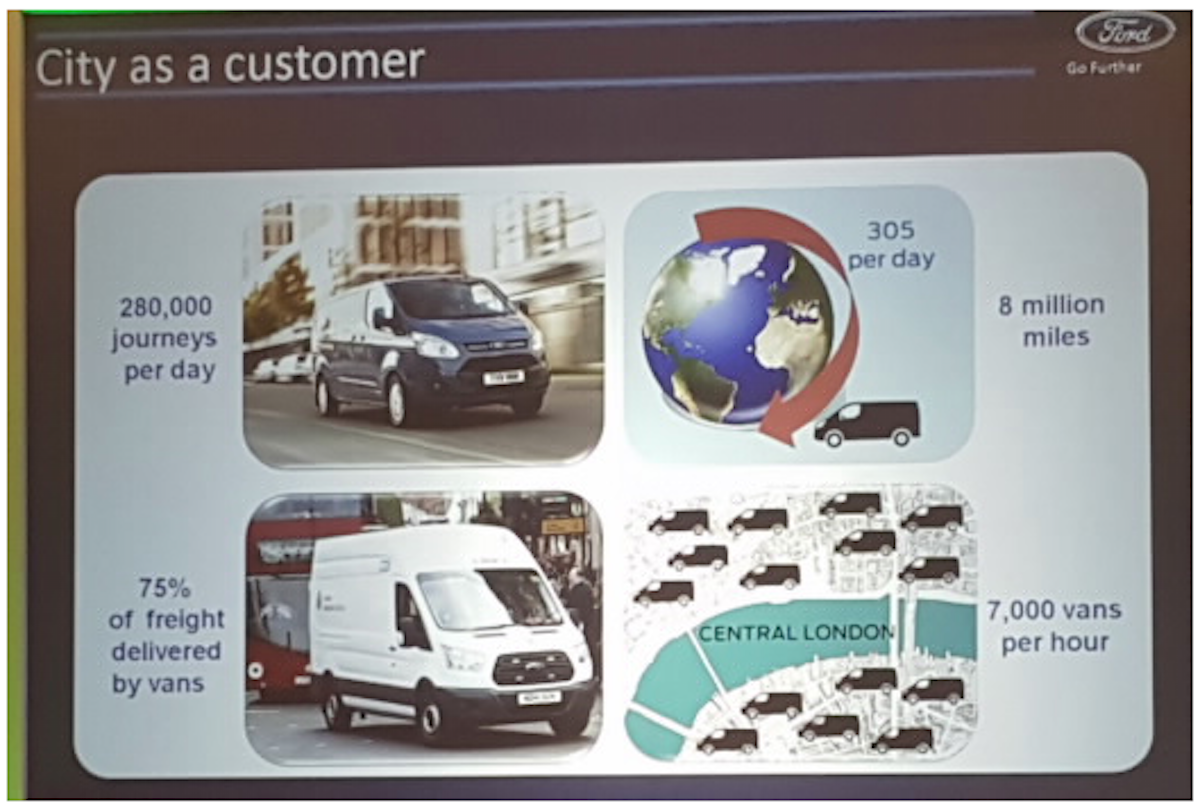 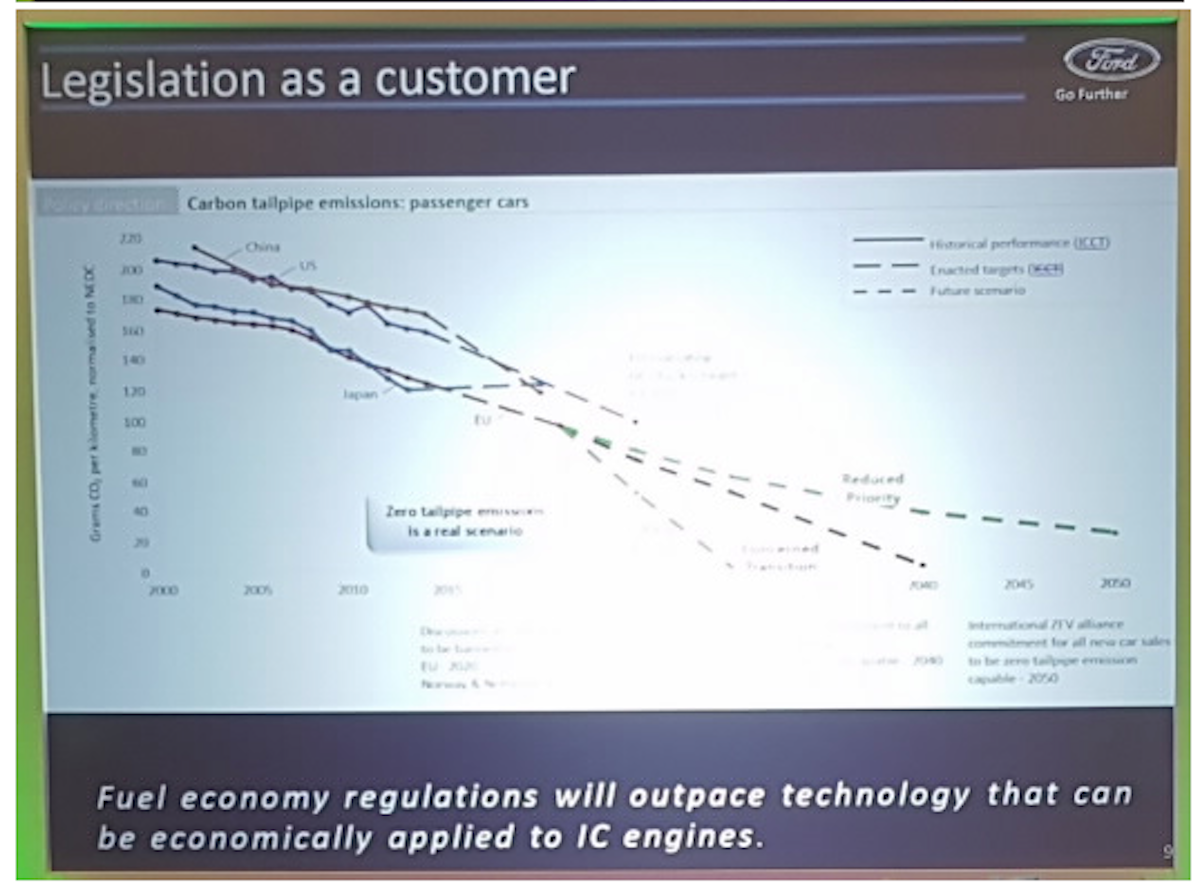 Lithium-ion battery demand will be enormous at 400 GWh from legal pressures and, if certain products using them become very successful in their own right then Ford sees a possibility of demand for 800 GWh yearly output worldwide.
Ford sees global sales of internal combustion, HEV and pure electric vehicles on-road being almost an even split in 2030 in numbers. 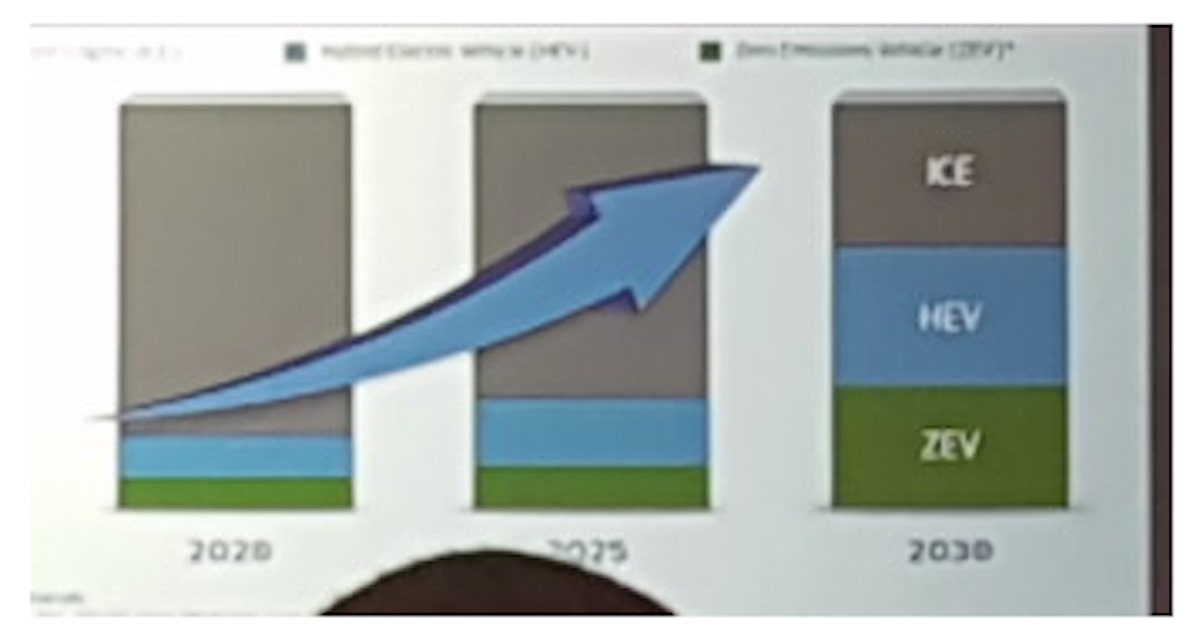 Ford has repositioned to embrace mobility services, like much of its leading competition. 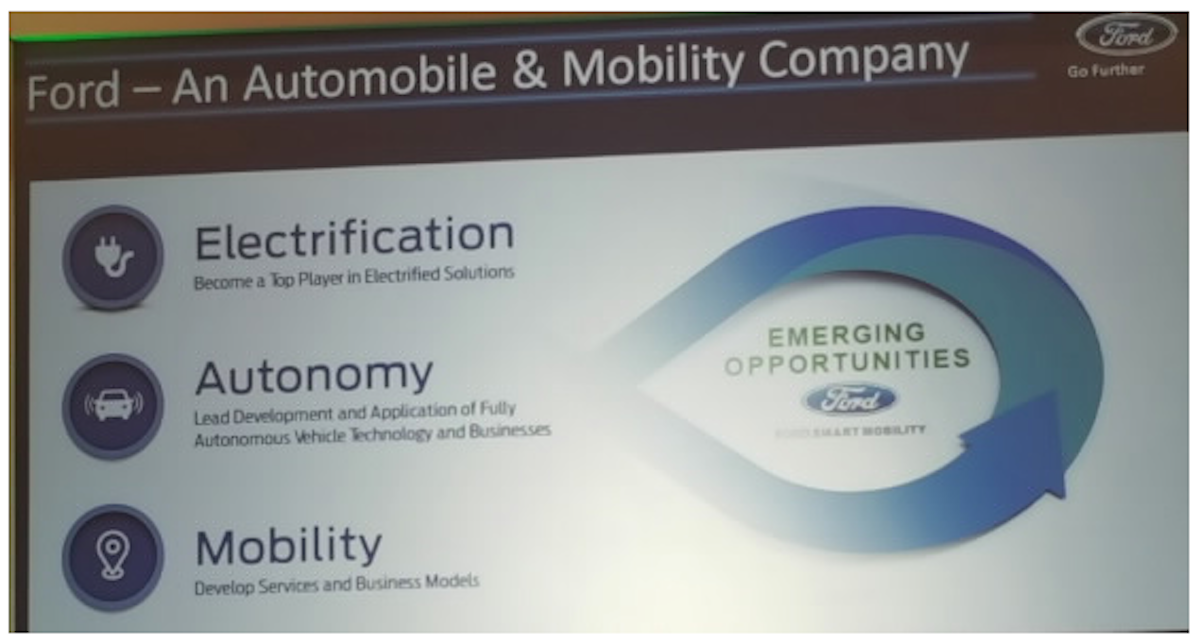