Jun 05, 2013
According to analyst company IDTechEx, OLED and LED lighting are expected to compete directly in many instances in order to gain market share in the next decade. As discussed in the newly launched report, "OLED vs LED Lighting 2013-2023: Forecasts, Technologies, Players" (www.idtechex.com/OLED), LED lighting has come a long way and offers a better performance than OLEDs, and that at a lower cost. OLED lighting will therefore only gain market success if it clearly defines its unique selling points and carves out initial market niches. In that case, the market for OLED lighting is expected to reach $1.3 Billion by 2023.
A radar chart comparing the current attributes of OLED and LED lighting. 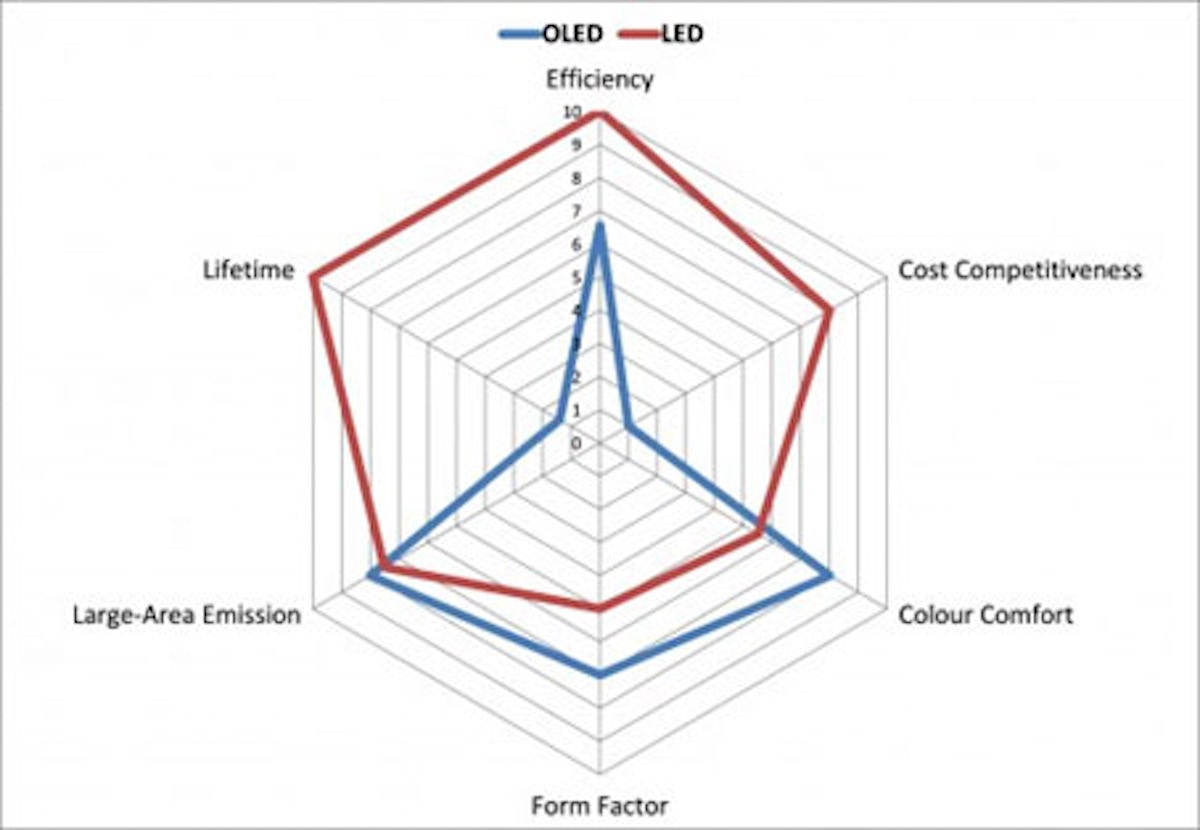