May 11, 2016
Sally Tipping, Sales Director, Photocentric
Each year at the IDTechEx Show! in Berlin, IDTechEx and a panel of judges from the 3D printing industry recognise a key development or innovation in 3D printing equipment, materials, or application.
The award for Europe 2016 went to Photocentric. Photocentric has invented a new type of 3D printing technology called Daylight Polymer Printing (DPP) and has commercialised it as the Liquid Crystal printer. It is the only LCD system to work purely with daylight. Experts have been surprised that it works at all. Using an LCD screen as the imaging source for 3D printing has produced some powerful benefits that could prove game changing.
Photocentric has taken a huge risk to develop a novel technology for 3D printing and has invested heavily to make a successful commercialised product. Photocentric has proved the concept, developed several polymers to work with it and made this novel 3D printer in three different size formats in under a year.
The imaging device is completely different, so firmware and control circuitry had to be specifically written, chassis architecture designed and proved, vat and platform design optimised. Every item was made for the Liquid Crystal machine and many of them are unique to it. The 10" format has been followed by a 5" and a 17" on trial now. The 10" format is priced at €750 and 1kg of resin at €50/kg.
Additionally, Photocentric has developed four different hardnesses of urethane acrylate resins, two epoxy acrylate chemistries, and a castable resin. Silicone elastomers and other novel chemistries are in the pipeline. 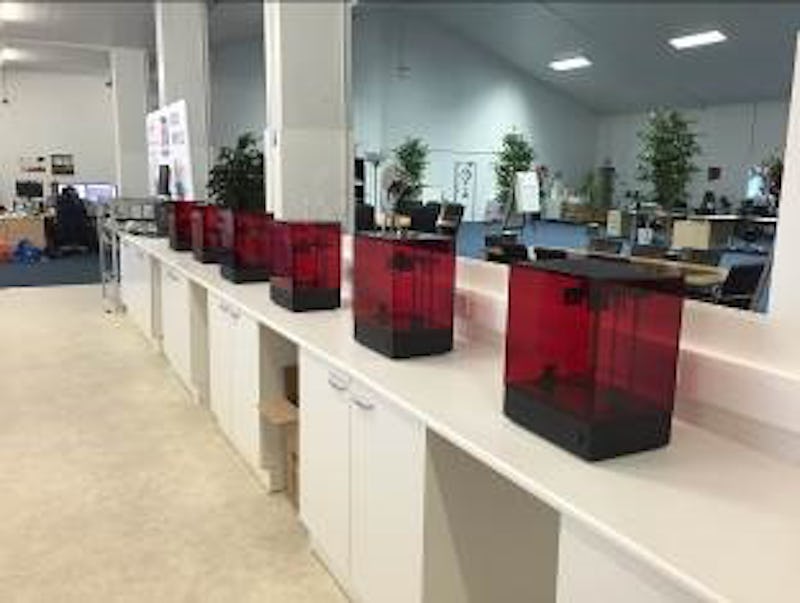 Image: Photocentric's Liquid Crystal printers
This year, the judges were Oren Zoran, Head of Technology and Innovation for Polyjet at Stratasys, Frank Cooper, Senior Lecturer & Technical Manager at Jewellery Industry Innovation Centre, and Professor Hartmut Schwandt of 3D Labor TU-Berlin.
When casting his vote, Frank Cooper said, "My vote definitely goes to the Photocentric Ltd Liquid Crystal entry which shows a lot of novel new ideas and application potential. Its potential for large format high resolution yet low cost printing is extremely exciting indeed."
Paul Holt, Managing Director of Photocentric, commented, "We were overjoyed to win the IDTechEx Award in Berlin for 3D Innovation. Innovation is one of our business's core principles and in 3D Printing we have invented a completely new way to create images. This award has meant more to us because it was chosen by industry experts who have recognised the technical achievement."
IDTechEx will be hosting the next 3D Printing Awards in Santa Clara on Nov 16. Please email Corinne Jennings, c.jennings@IDTechEx.com, for more information. 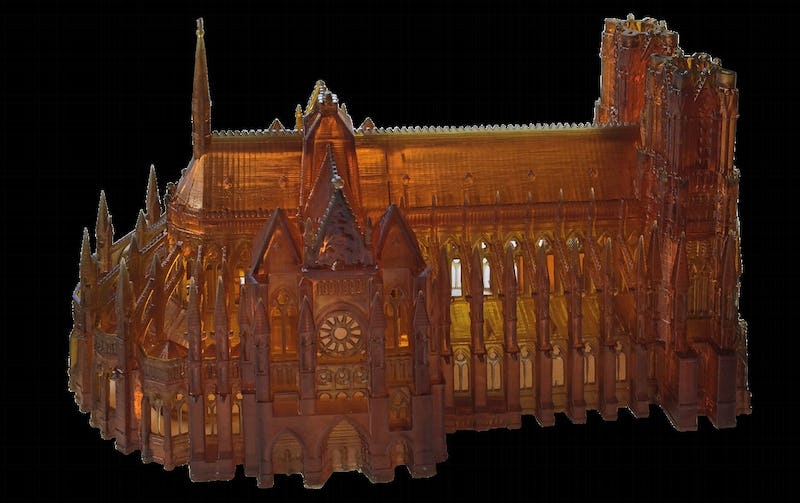 Image: Example of object 3D printed using Photocentric's Liquid Crystal
Photocentric have been the leading innovators in daylight activated photopolymer since 2002 and have recently filed 5 patents on the technology. They have developed the most active daylight polymers ever made, tailored to the light from LCD screens suitable for human viewing.
The most obvious advantage is cost. LCD screens are produced in huge volumes, so an ipad-sized screen costs amazingly just $23.
There are also significant technical advantages, the very low light intensity generates almost no heat in polymerisation and therefore no attraction to the release layer. The low intensity light also can't penetrate through the cured polymer thus self-regulating over-exposure.
The most powerful advantage is it enables very large format, high resolution printing at extremely low cost- a 40" 4K TV screen is being trialled currently. This could enable low cost mass manufacture of 3D parts.
PrintForwardTweetLikePinredditShare
Previous
Next