The trend of investment in and acquisition of mobile robotic companies seeking to automate the movement of goods within warehouses, fulfilment centres, and manufacturing facilities is still rising.

Dec 13, 2019 Dr Khasha Ghaffarzadeh
Top Image: Various collaborative AMRs are shown here. This figure excludes picking mobile robots currently on offer. Some companies whose products are shown include Knapp, Omron Adept Mobile Robotics, Mobile Industrial Robots (Teradyne), Locus Robotics, Canvas Technologies (Amazon), 6 River (Shopify), Otto Motors, Fetch Robotics, InclubedIT, Caja System, NextShift Robotics, Algo Tech, iFuture Robotics, Berkshire Grey etc. To learn more, please visit www.IDTechEx.com/Mobile.
The trend of investment in and acquisition of mobile robotic companies seeking to automate the movement of goods within warehouses, fulfilment centres, and manufacturing facilities is still rising. Only in recent months, we have seen three notable activities: Amazon, Shopify, and Teradyne acquired Canvas Technology, 6 River Systems, and AutoGuide, respectively. In this article, we discuss some notable acquisitions whilst considering relevant technology and market trends.
The following discussion is based on our report "Mobile Robots, Autonomous Vehicles, and Drones in Logistics, Warehousing, and Delivery 2020-2040". This report provides a comprehensive analysis of all the key players, technologies, and markets. It covers automated as well as autonomous carts and robots, automated goods-to-person robots, autonomous and collaborative robots, delivery robots, mobile picking robots, autonomous material handling vehicles such as tuggers and forklifts, autonomous trucks, vans, and last-mile delivery robots and drones.
We provide technology roadmaps and twenty-year market forecasts, in unit numbers and revenue, for all the technologies outlined above (13 forecast lines). We built a twenty-year model because our technology roadmap suggests that these changes will take place over long timescales. In our detailed forecasts, we clearly explain the different stages of market growth and outline the key assumptions/conditions as well as data points that underpin our model.
Recent acquisitions: Why companies pay such high multiples
Canvas Technology, a company based in Colorado, had developed an advanced navigation technology, enabling its mobile platforms to achieve intelligent autonomous mobility. The company had developed navigation algorithms based on high-definition RGB cameras, enabling the robot to detect and classify objects. This is an advancement over earlier generations in which the navigation was achieved using only 2D ranging lidars. The additional object detection and classification capability enable the robot to operate in more dynamic, complex, and challenging environments, and to achieve more intelligent path planning in response to different objects and environments. In short, it puts the company on a technology roadmap with ample room for development and improvement.
Previously, Amazon had famously acquired Kiva Systems in 2012 for a huge 775$M. This technology has allowed Amazon to boost the productivity of the latest generation of its fulfilment centres by automating the goods-to-person step. The robot fleet is estimated to have increased at an approximate rate of 15k or so robots per year and was estimated to have recently reached 100k units.
The latest acquisition should be seen within the same trend of automating fulfilment. The technology of Canvas allows automation to be implemented in existing centres whose infrastructure cannot be readily altered to enable Kiva-like goods-to-person autonomy. Furthermore, this technology gives an excellent pathway towards autonomising larger vehicles such as forklifts and tuggers. As such, it extends Amazon's capability to all manner of vehicles and situations found in fulfilment automation. Amazon considers this a core strategic competence. 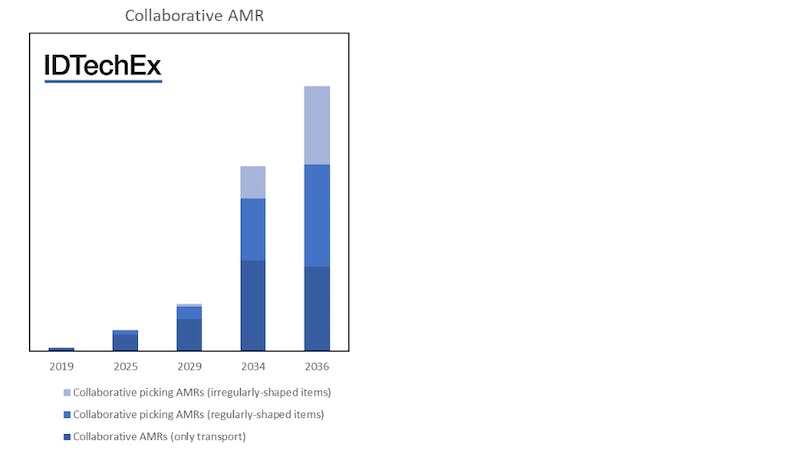