May 06, 2016 Dr Peter Harrop
The IDTechEx conference Electric Vehicles Everything is Changing finished in Berlin last week and it is analysed in this series of exclusive articles. German company Intertronic Gresser presented its design of energy harvesting shock absorber otherwise known as regenerative shock absorber, a topic that has involved Tufts University, MIT, Levant Power, Bose and others in the USA in the past and excited passionately opposite assessments from the negativity of Professor Pietro Perlo, former director of Fiat Research centre and other European automotive manufacturers and positives from companies mainly in America but also BMW. In contrast to the Levant Power system which seeks to make a complete active suspension that is self-powering but compatible with 48V mild hybrids etc., Intertronic has an invention and seeks money.
The enthusiasts, including Intertronic, see kilowatt levels of electricity being produced, the picture by Levant Power giving one input. 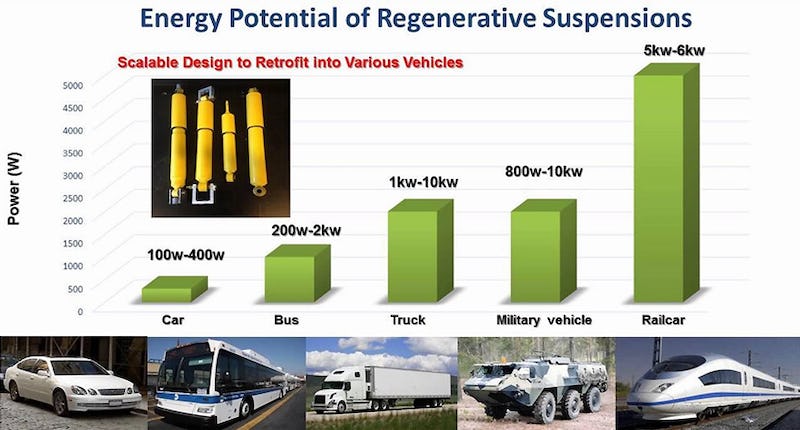 Source Levant Power
In response to our questions, Intertronic said it sees 50% increase in range from such devices, which we feel may be optimistic and is certainly more than rivals claim. They said this is because their hydraulic system is more efficient but they have yet to build prototypes. It uses a linear motor structure combined with hydraulics which means it cannot be a drop in replacement like Levant. Although others use various combinations of hydraulics and generators, they said they do not infringe any patents. It is heavier than a conventional shock absorber and, like the others, more expensive but promising reduced cost over life. 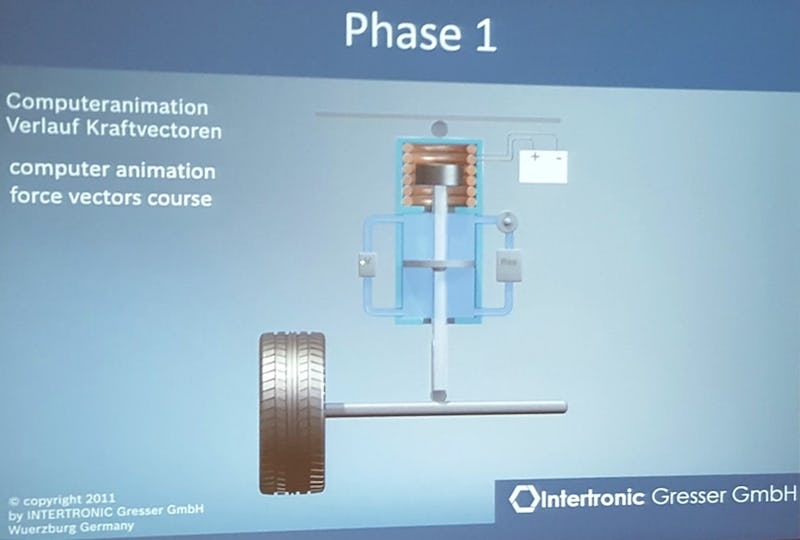 IDTechEx believes that energy harvesting shock absorbers will be one of the successful forms of regeneration as we struggle to avoid most of the energy put into a car being wasted. It is in the Lexicon of more and more suppliers and vehicle manufacturers, another one at this event being the perpetual solar car Immortus also fund raising, part of their IP being a primitive energy harvesting shock absorber they wish to incorporate. In future, any vehicle designer will have to consider at least six forms of regeneration creating power levels of electricity or simply be consigned to the past. We have been amazed at the superb improvement in ride of premium cars experimentally incorporating the Levant system which is due for commercialisation within two years after ten years of working towards automotive norms and approvals.
Top image: Levant Power
PrintForwardTweetLikePinredditShare
Previous
Next