May 09, 2005
Radio Frequency Identification RFID is the use of radio frequencies, or thereabouts, to remotely read information on small devices called tags. Traditionally, this is done as an island of automation, with the infrastructure and the tags put in place by a system integrator specialising in RFID. Examples include the tagging of animals or library books, contactless smart cards for payment and cards or payment key fobs for access to transport or gasoline. Sometimes the islands of automation are linked to legacy systems as when a ticket barrier also takes magnetic stripe cards or a hand-held RFID interrogator will also read barcodes. In both cases there are links to the legacy computer system.

However, we are now seeing radio frequency used for identification where the short range wireless network or its components already exist, as with a WiFi network or a Bluetooth network as shown below. 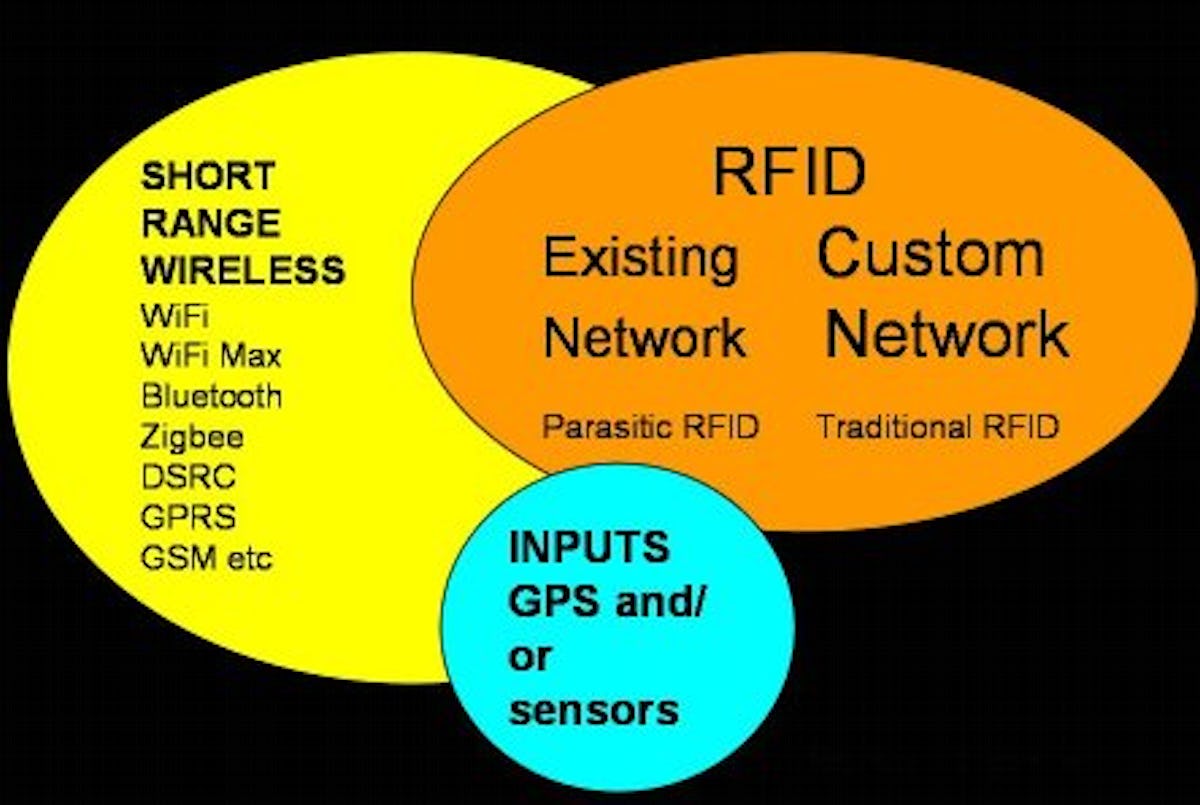 To enhance the functionality of the tag, we are increasingly seeing input from GPS receivers and/ or sensors in the tag now that such miniaturisation is both possible and cost-effective. The inputs can be used with a traditional stand alone RFID system, with a parasitic system or one using a two way short range wireless system such as Bluetooth in a dedicated fashion. However, almost always, RFID that involves sensors, GPS and/ or existing networks has a power supply in the tag - it is "active RFID".

Active RFID represents 23% of all RFID tags ever sold and, in the IDTechEx Knowledgebase of 1500 case studies of RFID in action, it is the basis of 15% of the cases. This makes it a relatively unnoticed but very important part of the RFID universe and the advent of tags combining many inputs and networks will reinforce the importance of active RFID.

Let us look at some new examples of this in action. The Radianse pendants, wrist bands and ankle bands in hospitals let nurses give the alarm and be located and they combine Bluetooth and RFID. Radianse active-RFID-tags can be programmed to send hospital-defined messages. For example, that a device needs servicing, preventive maintenance is complete or that a patient or staff member needs assistance. Every message from an ID-tag includes the current location of the device (or person) with which it is associated.
The ID-tags will not interfere with any other device or network in a hospital. RF is the primary signal used for location, with IR used when it will increase precision. Radianse receivers plug into a hospital's existing wired or wireless LAN and add minuscule traffic. Powered over Ethernet cable or by using an AC converter, they are easy to install, maintain and scale to meet a hospital's changing needs.
SafeTzone
The picture below shows the SafeTzone wristbands used in theme parks and leisure centres - it permits children to trace each other and it permits lost children to be found by their parents thanks to displays situated at vantage points. It was developed with RF Code of the US.
Essentially, when a family or group enters the park, they can register with the SafeTzone system. Each group member is then provided with a watch-like waterproof SafeTzone tag to wear. The SafeTzone tags communicate, via radio signal, a group's unique location information to the nearest antenna, which are strategically positioned throughout a park. The antennas, which receive signals from "zones" as small as 10 square feet, then communicate with the SafeTzone system which then updates the location of each member in a given group.
Individuals can then locate other members of their party using SafeTzone LocationStation™ touch-screen kiosks situated around the park. Guests simply swipe their wristbands over the LocationStation's reader to display the real-time location of each group member on an electronic map of the park. 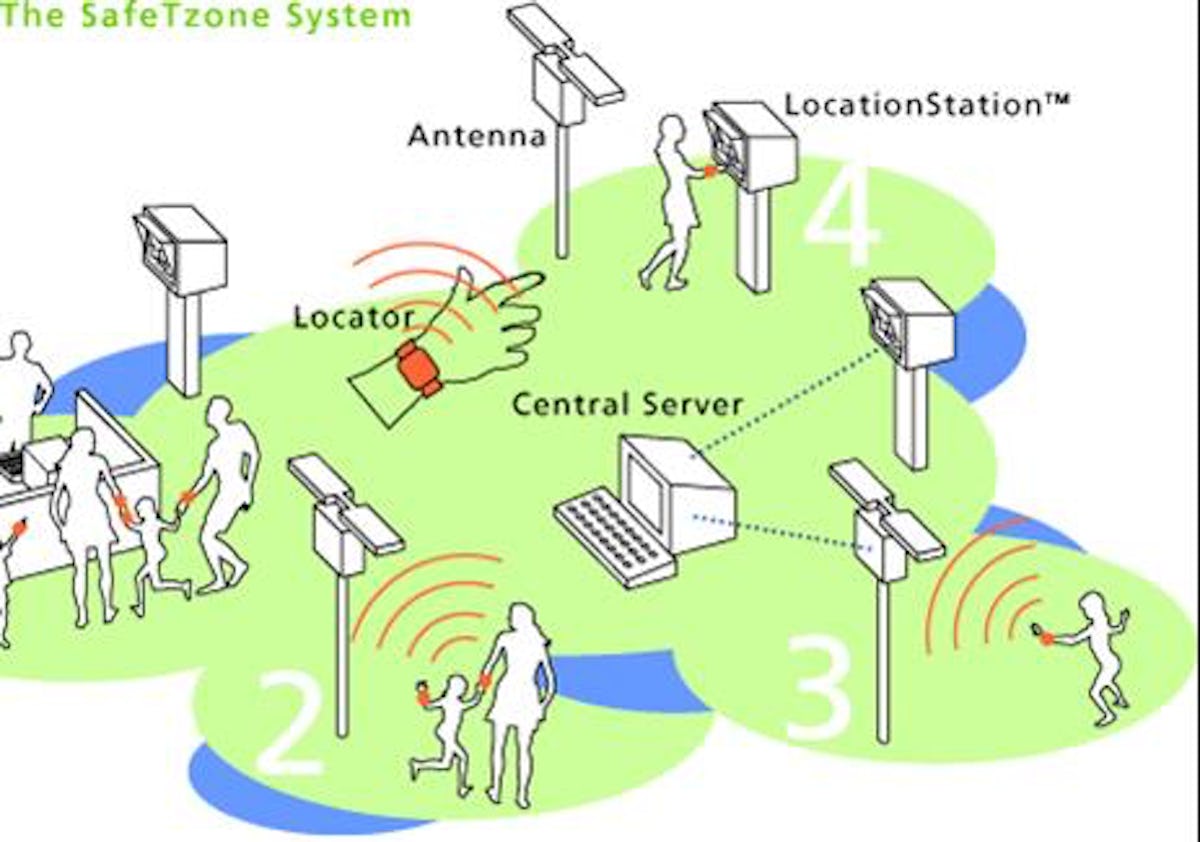 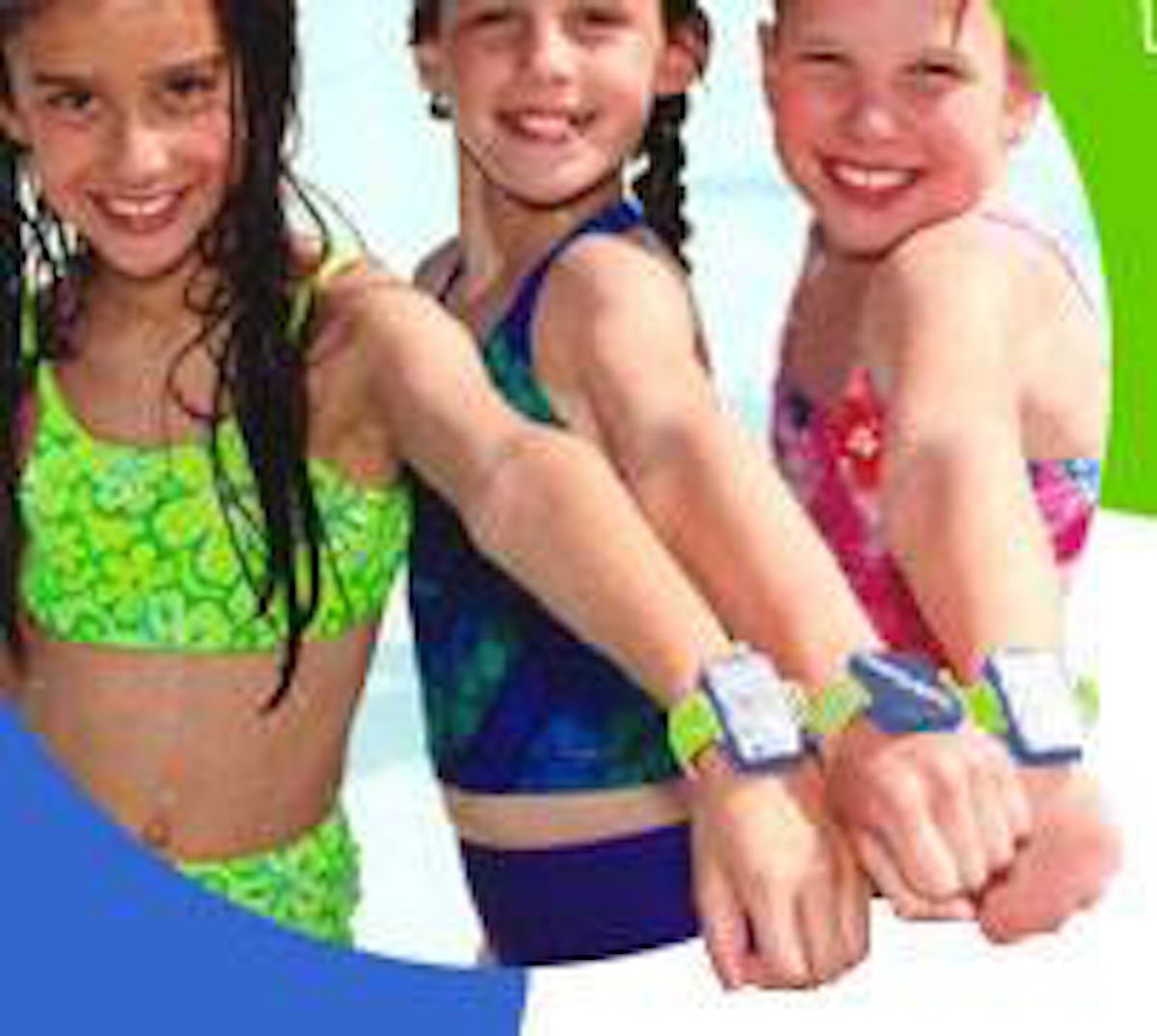 Source: SafeTzone
X-Tech in Canada and others also have active RFID wrist bands, leg bands and pendants for tracing children, the disoriented elderly and other vulnerable groups and they give great peace of mind.

In a very imaginative variant of the basic idea, a new UK company Connexion2 has developed an Identicom tag system based on a miniaturised GSM or triband cellphone receiver without keyboard which is activated by a secret button at the back. This dials the control center and opens up a one way channel by which the center gets the ID and listens to and records what then happens. This has already provided evidence in court when bus drivers, as an example, have been threatened and assaulted and it has got the police there in double quick time with all the evidence buttoned up. There is even an alarm signal that is sent if anyone tries to remove the device, which typically takes the form of an identity badge or pendant. Identity code and set up can be by SMS text message, for simplicity. First sales (and convictions) have already occurred. 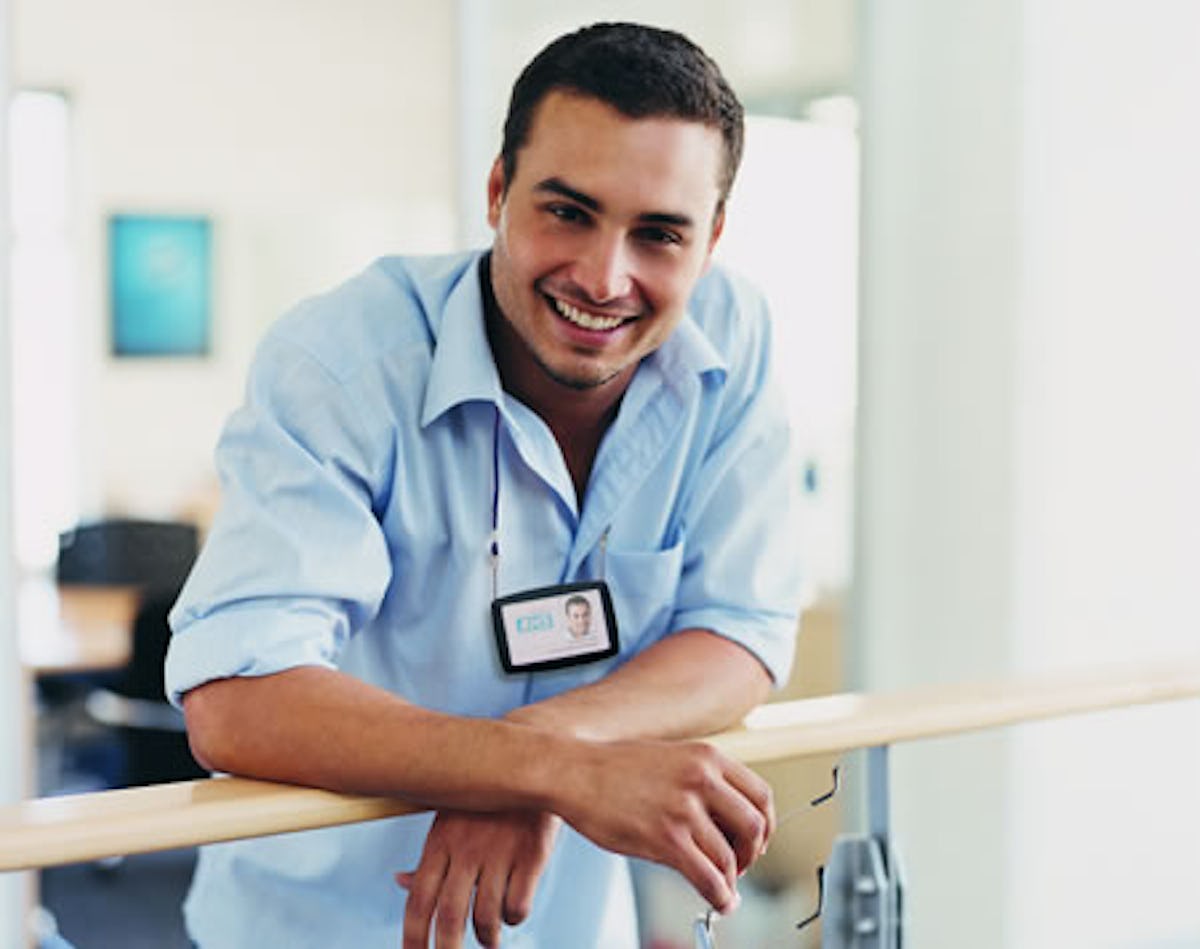