May 03, 2016
IDTechEx has long ago identified a gap in the market for a standard platform for car like four wheel small vehicles for leisure, military, mining, postal, industrial and many other purposes. At the recent IDTechEx conference "Electric Vehicles Everything is Changing" in Berlin the nonsense of every light four wheel electric vehicle being designed from scratch was addressed differently by both Altreonic and IFEVS. Altreonic primarily sought to solve the off-road problem using modularity and IFEVs mainly looked at the big picture of on-road based on distributed manufacturing of simplified standard platforms. For example it does not need electronics between its two traction motors and the structure assembles in modularised production lines deployable in two weeks and operating largely without tooling. 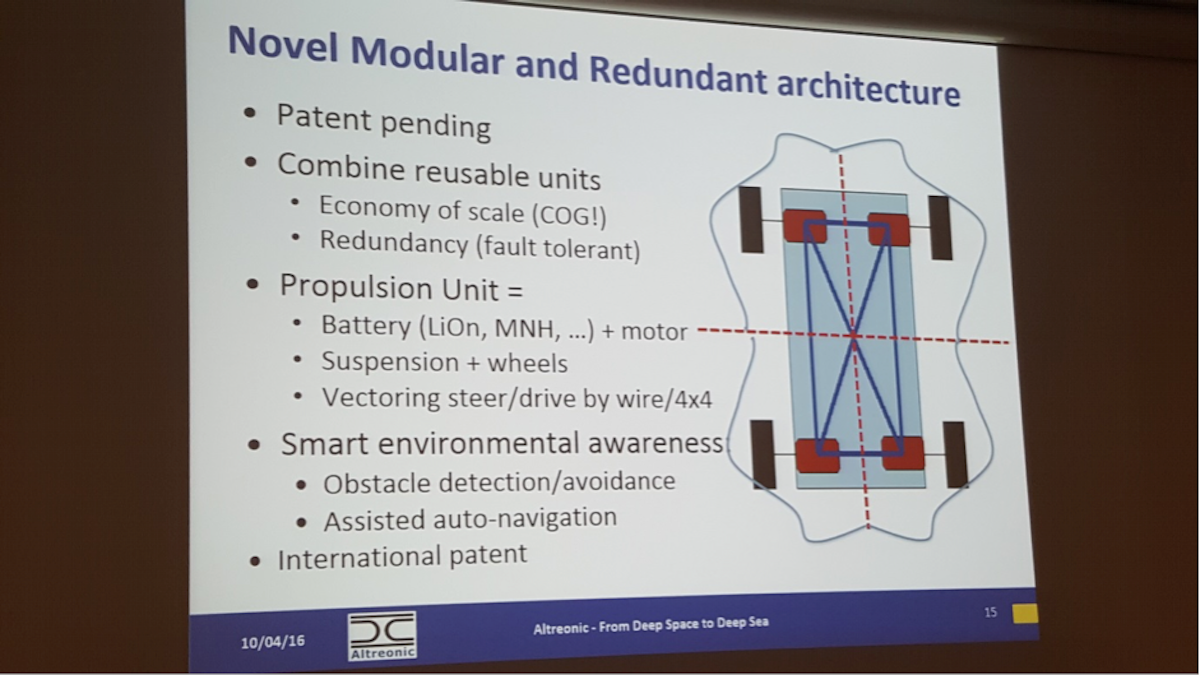 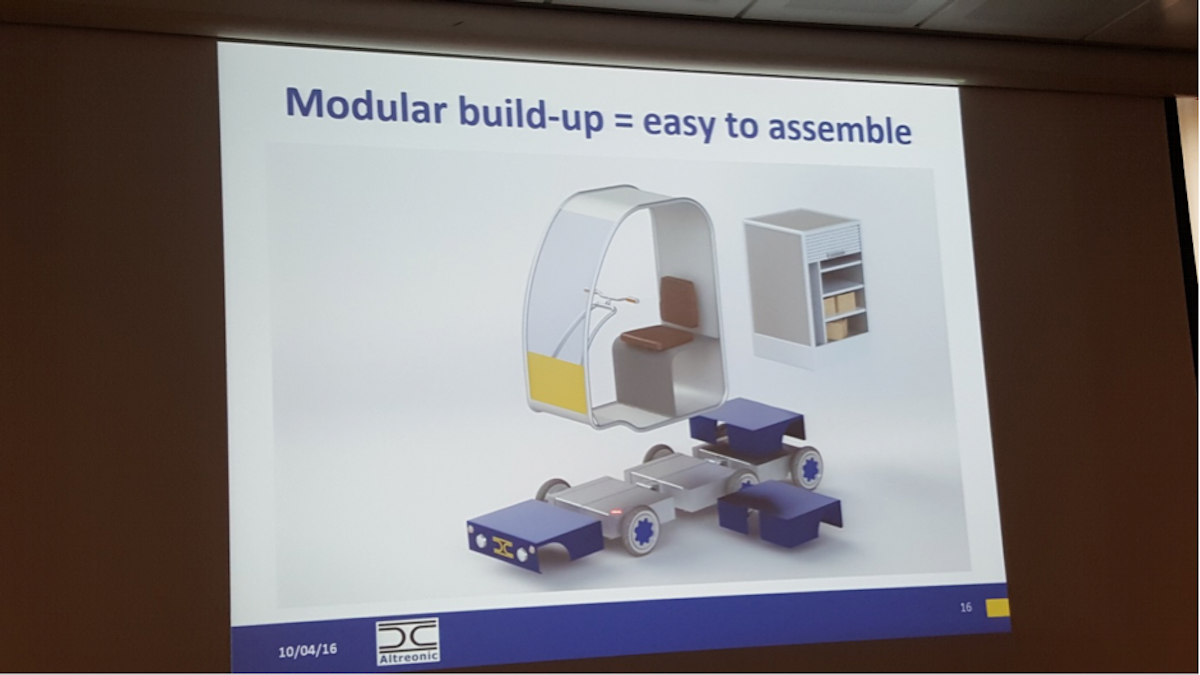 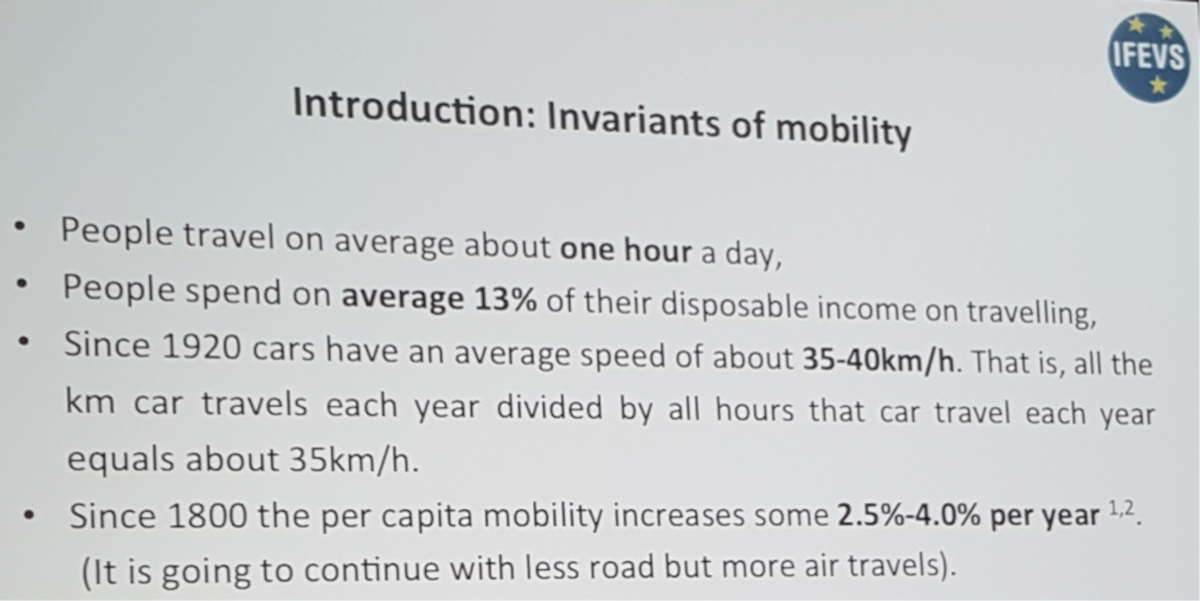 The days are numbered for today's approach survives with one set of companies making electrical airport ground support equipment, large car companies typically make small cars in big factories and another making small leisure vehicles in specialist facilities and so on. There will be commonality of parts and assembly and the final product will be capable of adaptation for multiple purposes before and after delivery. 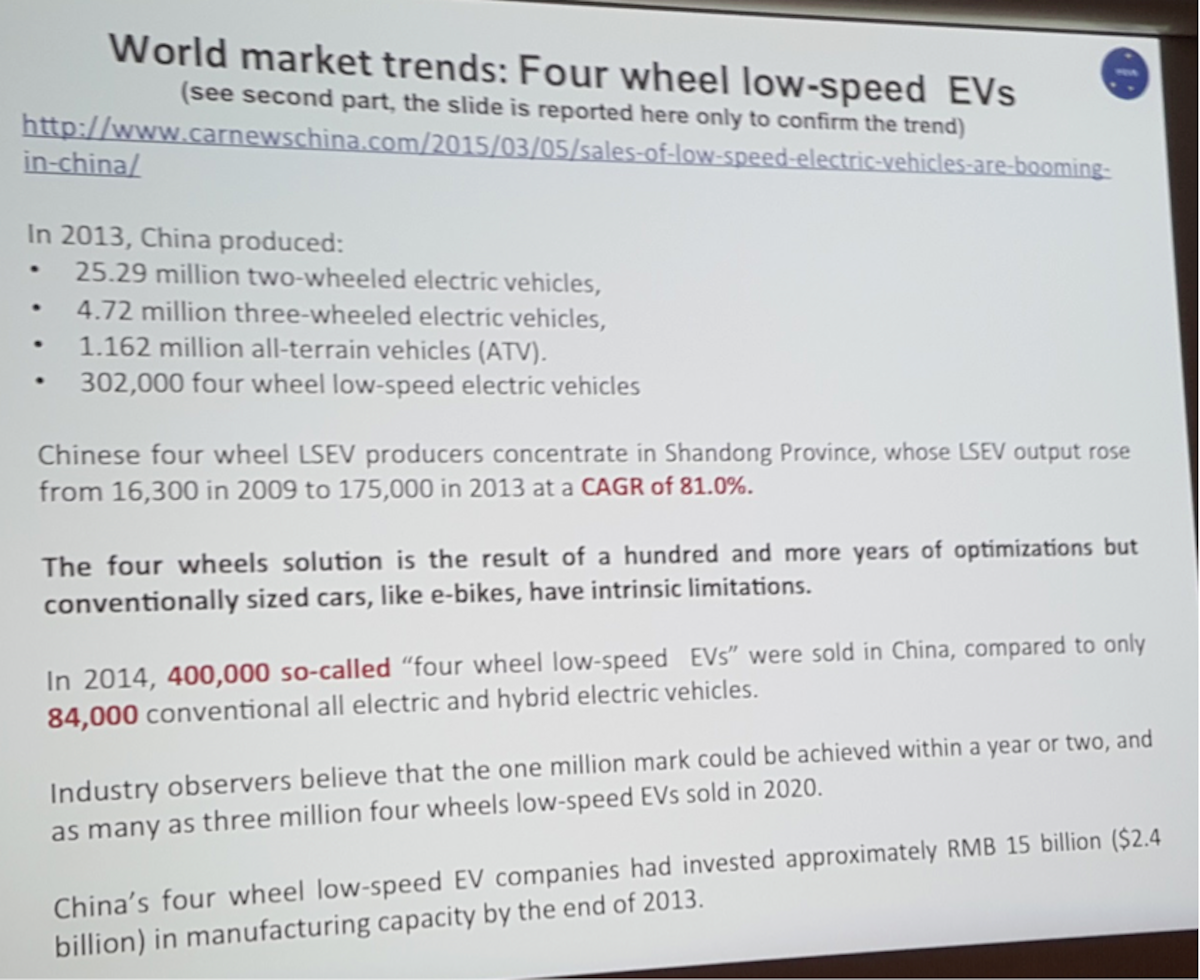