Mar 03, 2014 Franco Gonzalez
2014 has opened with interesting trends for the energy storage space in consumer electronics. IDTechEx has previously explored the trends that are affecting the future of consumer electronics and portable devices. Firstly, they are becoming increasingly thinner. Secondly, at they are becoming more power-hungry, this is related to their current and future functionalities. These multiple functionalities at device level represent variable power demands (Figure 1 below). Thirdly, new components are allowing a more efficient use of energy in portable devices. 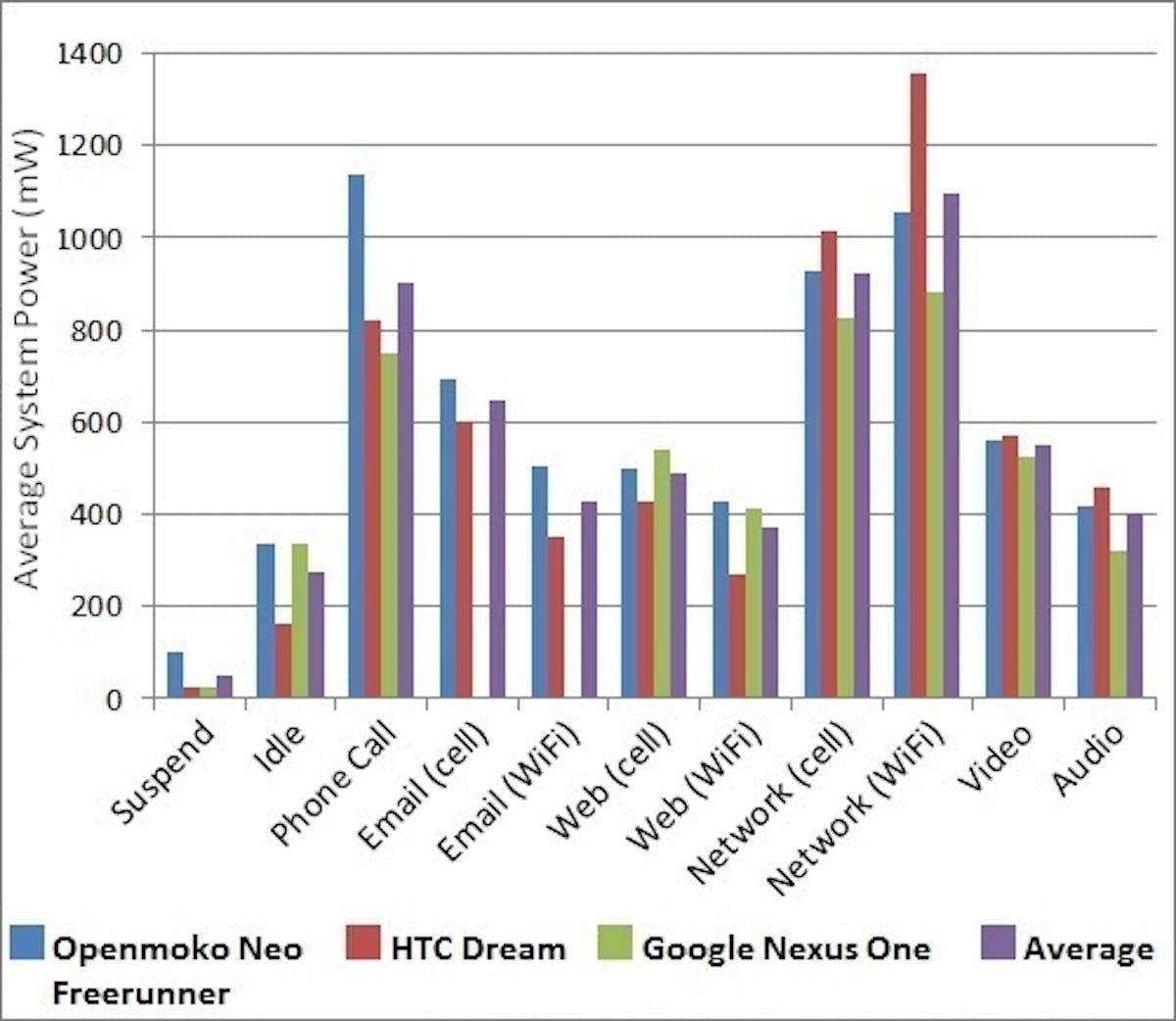 Figure 1. Different power profiles for different smartphone uses.
Source: IDTechEx and University of New South Wales
Current examples of these trends include the recently launched Huawei Ascend P6 (only 6.18mm thick) and the new iPad Air, which is the thinnest (7.5mm) and lightest (0.470g) version of Apple's flagship tablet - only possible because it comes with a reduced battery capacity. 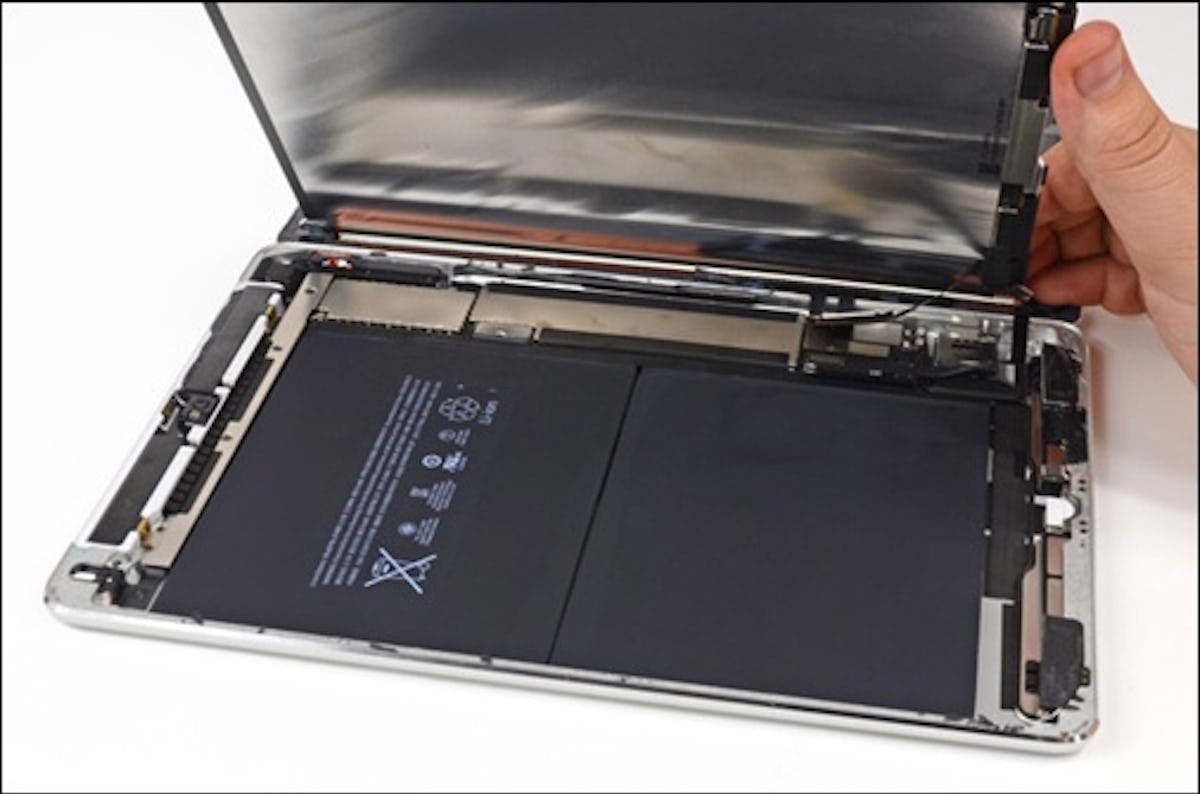 Figure 2. Battery compartment inside iPad Air.
Source: iFixit
Indeed the Air comes with two cell, 32.9Wh battery compared to the previous iPad's three cell, 42.5Wh unit. However, Apple was able to cut the battery's capacity without sacrificing battery life because the Air uses fewer and more efficient LEDs. The Retina display has less than half as many LED lights (reduced from 84 to 36) but together with an optical film layer, that distributes the light across the LCD, it accomplishes the same level of brightness. Also both the LCD and front panel are thinner.
As IDTechEx points out in its report, Batteries & Supercapacitors in Consumer Electronics 2013-2023: Forecasts, Opportunities, Innovation, back-lighting in smartphones represent a power-hungry and intermittent demand of energy (Figure 3 below), therefore accomplishing reductions on energy demand allows the effective reduction of the battery or the extension of its useful time. The other alternative to reduce energy demand is to buffer the power surges from the battery through other devices, and this is where supercapacitors have a role. 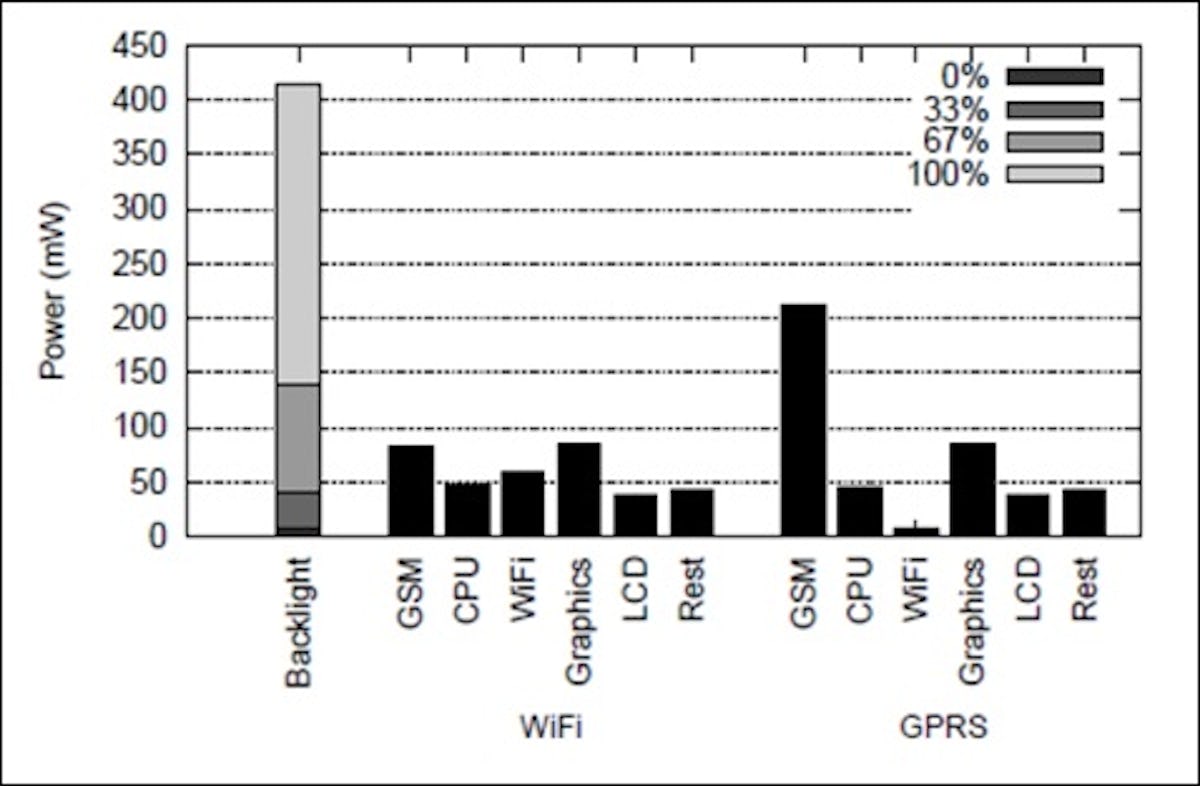 Figure 3. Web browsing average power over WiFi and GPRS. Aggregate power consumption is 352.8 mW for WiFi and 429.0 mW for GPRS, excluding backlight.
Source: University of South Wales
Supercapacitors fit very well into the emerging energy storage landscape
As in any other battery, energy and power will play against each other; increasing one will lead to the loss of the other. Accordingly, the capacity of lithium batteries (energy content) is reduced if we extract the energy quickly. This means, if we require high-power from the battery we extract less total energy than if we would require low-power (see Figure 4 below). 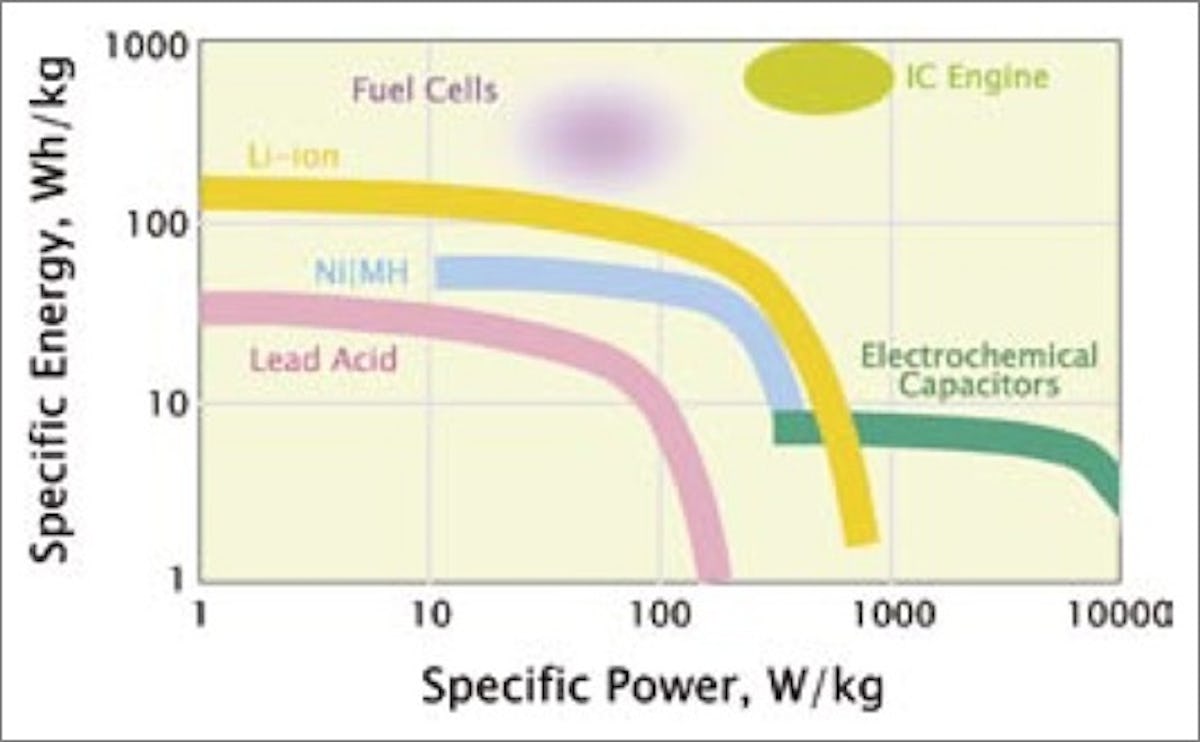 Figure 4. Ragone Plots for an array of energy storage and energy conversion devices
Source: Venkat Srinivasan
As seen in Figure 1 the multi-functionality trend in smart portable devices requires different power profiles depending on the function, some of these high-power demands required more often. These variable power demands mean less available total energy extracted from the battery (and accordingly your battery running out quicker). In the consumer electronic industry this was not a problem in the past, since the mobile phone power demand profile was more or less constant and low. This was the case because mobile phones were only used to perform one or two basic functions.
In consequence, lithium battery technology capabilities are being challenged by the modern multifunctional portable devices, which are increasingly requiring higher performance in terms of power density. Whilst current research and development pathways aim for the emergence of a new generation of high energy density technologies, alternative energy storage technologies are challenging the dominance of lithium batteries.
This is the case with supercapacitors, which are an emerging energy storage technology whose characteristics make them strong candidates for satisfying those specific functions where lithium batteries underperform.
Interestingly, supercapacitors can deliver a considerable amount of energy at high power (see Fig.4). These characteristics make them suitable for supplying high power in multifunctional devices where current batteries can't provide it without reducing their total energy capacity.
Recent market announcements
IDTechEx has noticed increasing traction of the adoption of supercapacitors in smartphones. With devices becoming increasingly thinner, of course components need to follow suit.
CAP-XX, one of the leading supercapacitor companies, announced early this year that it is ready to ship prototypes of its new 1mm thick surface-mount supercapacitor to potential licencees. These are suitable for high volume devices, where re-flow solder board assembly is deployed - notably smartphones. This is not the company's first experience with mobile phones since they have previously worked with Nokia to develop a supercapacitor solution for high-power mobile phone camera flashes.
Paper Battery Co stated last November 2013 that, by coupling their supercapacitor with a battery in mobile phones, it can extend the battery energy by up to 33%. This would be a killer value proposition in today's multifunctional electronic devices. Their supercapacitors are the thinnest in the industry at just 0.3mm. The company is aiming to start mass production in the first quarter of 2015 in the scale of hundreds-of-thousands of units. 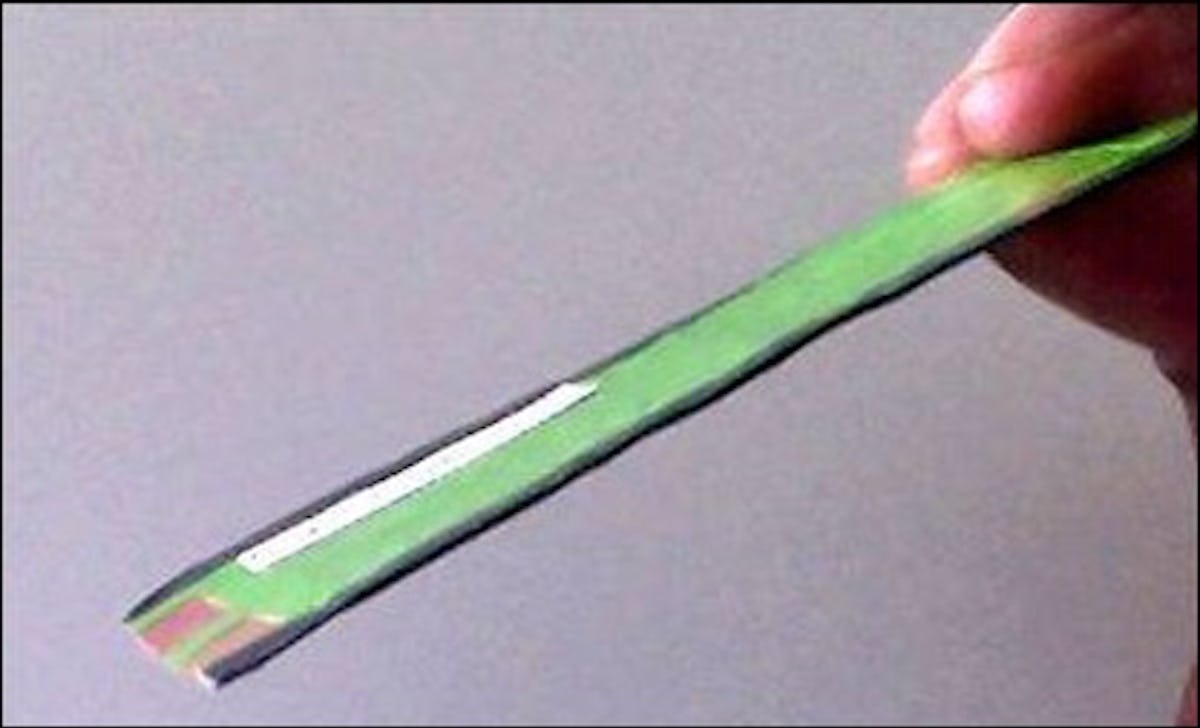 Figure 5. PowerPatch
Source: Paper Battery Co.
IDTechEx see that the industry is changing rapidly and supercapacitors have a key role as energy storage solutions for future consumer electronics and portable devices. More on this can be found in Batteries & Supercapacitors in Consumer Electronics 2013-2023: Forecasts, Opportunities, Innovation. Also at IDTechEx's forthcoming event Supercapacitors Europe on 1-2 April in Berlin, Germany.
PrintForwardTweetLikePinredditShare
Previous
Next