Ampaire today is test flying the world's largest hybrid-electric plane, with plans to conduct demonstration flights on commuter airline routes in the coming months. The company is on the fast track to introducing, cleaner, quieter, less costly aircraft to benefit airline and general aviation operators, and improve the passenger experience. The future begins with in-service aircraft adapted for electric propulsion and proceeds to exciting new, clean-sheet and high-performance all-electric aircraft. Hear firsthand from Ampaire's Co-founder and CEO, Kevin Noertker on Ampaire's vision, plans and industry-leading progress toward making a new era of electric aircraft a reality.

Peter Savagian is a pioneer in electrification. He understands the technical, operational and financial challenges and opportunities that EVs present to large OEMs, startup companies, the supply chain, and related industries.
In 1990 he began work on the General Motors EV1, the first modern electric vehicle and was named Chief Engineer of electric propulsion systems in 1998. Later, as General Director of Electrified Propulsion, he built and directed major organizations to define, innovate and execute the full range of electrified vehicle propulsion systems. His accomplishments at GM include 13 electrified autos brought to production. Notably, these include the first modern Electric Vehicle, the 1996 GM EV1, the first plug-in hybrid, the 2011 Chevy Volt, and the industry's first long-range value EV, the 2017 Chevy Bolt.
From 2016 through 2018, Pete served as VP and later Senior VP in charge of Product and Technology Development at Faraday Future, a large scale EV startup company. His responsibilities there included vehicle engineering, propulsion engineering, program management, and supply chain management.
Pete is presently Senior VP of Engineering at Ampaire, an electric aircraft startup company. He joined Ampaire in early 2019 and there he directs innovation, design, development, and certification of electric propulsions systems and their integration into short-haul fixed-wing electric aircraft.
Pete is well connected in the EV industry and academia. He regularly presents at IEEE and SAE functions. He is affiliated as a lecturer at the University of Wisconsin and serves in an advisory capacity to their research consortium. He also serves on the advisory boards of two private companies. He holds 44 patents and has authored 17 technical publications in the field of electrification.
Pete holds a BS in Mechanical Engineering from the University of Wisconsin, an MS in Operations Research Engineering from the University of Southern California, and an MBA from Duke University.

Ampaire is on a mission to be the world's most trusted developer of practical, compelling electric aircraft. The company is building commercial electric planes that are cleaner, quieter, and significantly less costly to operate. 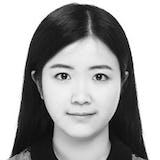