Can the Plastics Industry Become a Carbon-Capture Leader?

Can the Plastics Industry Become a Carbon-Capture Leader?

Juil 05, 2022 Dr Hydra Rodrigues
One of the major environmental issues facing the planet today is the rising levels of plastic consumption and waste. According to a recent OECD study, we produced 460 million tonnes (Mt) of plastics in 2019 and consumption will continue to rise despite an expected increase in recycling technologies deployment.
As carbon dioxide (CO₂) emissions also soar, the emerging carbon capture and utilization (CCU) industry proposes a solution for both issues: creating lower-carbon, degradable polymers using CO₂ emissions as the feedstock. The recent IDTechEx report "Carbon Dioxide (CO₂) Utilization 2022-2042: Technologies, Market Forecasts, and Players" analyzes the opportunities and challenges of creating this proposed circular carbon economy.

How to make polymers from CO₂?

There are at least three major pathways to convert CO₂ into polymers: electrochemistry, biological conversion, and thermocatalysis. The latter is the most mature CO₂ utilization technology, where CO₂ can either be utilized directly to yield CO₂-based polymers, most notably biodegradable linear-chain polycarbonates (LPCs), or indirectly, through the production of chemical precursors (building blocks such as methanol, ethanol, acrylate derivatives, or mono-ethylene glycol MEG) for polymerization reactions. 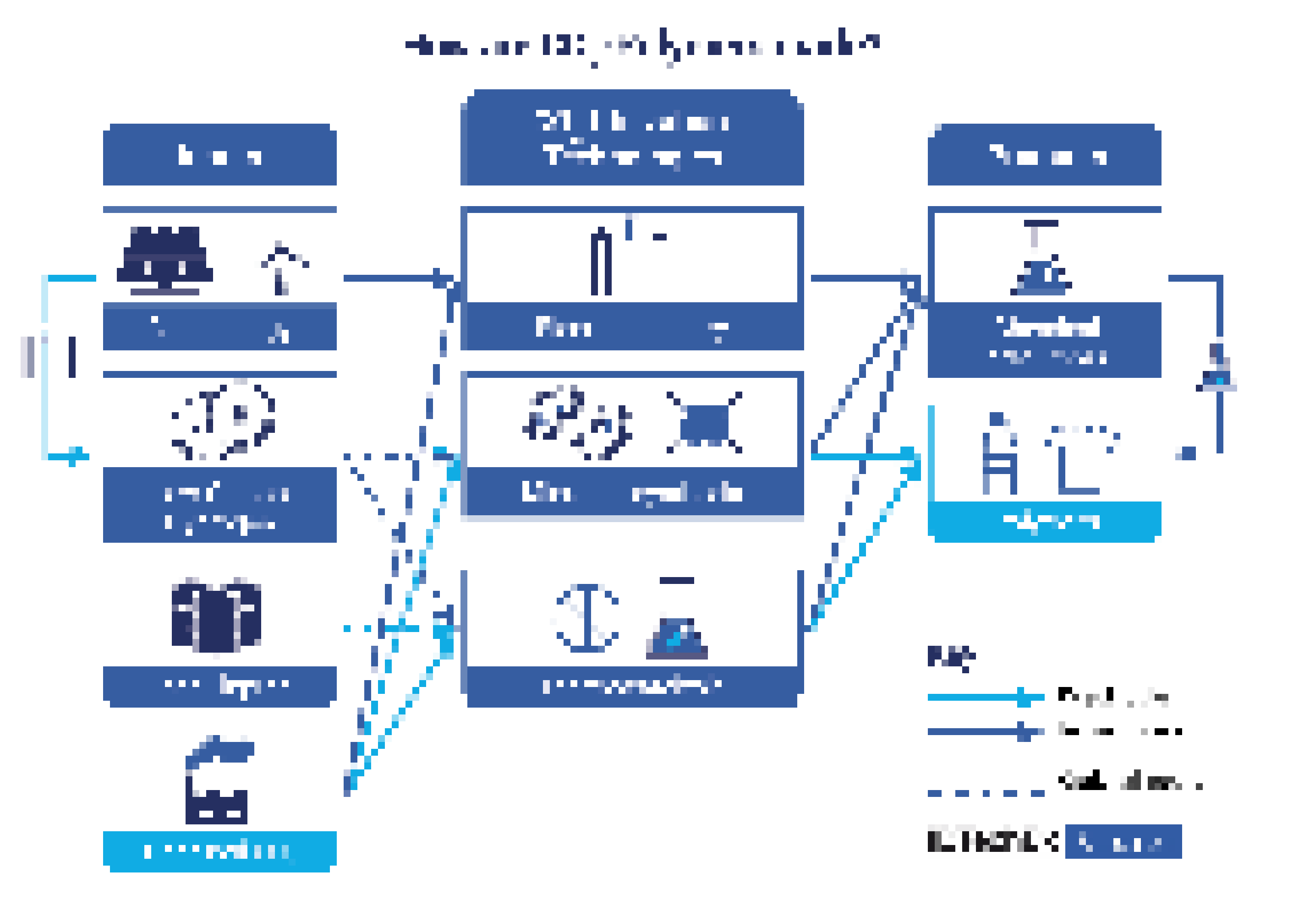 Pathways to polymers from CO₂. Source: IDTechEx.
Polymers made from CO₂ include polypropylene carbonate (PPC), polyethylene carbonate (PEC), and polyurethanes (PUR), PUR being a major market for CO₂-based polymers, with applications in electronics, mulch films, foams, and in the biomedical and healthcare sectors. CO₂ can comprise up to 50% (in weight) of a polyol, one of the main components in PUR. CO₂-derived polyols (alcohols with two or more reactive hydroxyl groups per molecule) are made by combining CO₂ with cyclic ethers (oxygen-containing, ring-like molecules called epoxides). The polyol is then combined with an isocyanate component to make PUR.
Companies such as Econic, Covestro, and Aramco Performance Materials (with intellectual property acquired from Novomer) have developed novel catalysts to facilitate CO₂-based polyol manufacturing. Fossil inputs are still necessary through this thermochemical pathway, but manufacturers can replace part of it with waste CO₂, potentially saving on raw material costs.
In the realm of emerging technologies, chemical precursors for CO₂-based polymers can be obtained through electrochemistry or microbial synthesis. Although electrochemical conversion of CO₂ into chemicals is at an earlier stage of development, biological pathways are more mature, having reached the early-commercialization stage. Recent advances in genetic engineering and process optimization have led to the use of chemoautotrophic microorganisms in synthetic biological routes to convert CO₂ into chemicals, fuels, and even proteins.
Unlike thermochemical synthesis, these biological pathways generally use conditions approaching ambient temperature and pressure, with the potential to be less energy-intensive and costly at scale. Notably, the California-based start-up Newlight is bringing into the market a direct biological route to polymers, where its microbe turns captured CO₂, air, and methane into polyhydroxybutyrate (PHB), an enzymatically degradable polymer.
Currently, the scale of CO₂-based polymer manufacturing is still minor compared to the incumbent petrochemical industry, but there are already successful commercial examples. One of the largest volumes available is aromatic polycarbonates (PC) made from CO₂, being developed by Asahi Kasei in Taiwan since 2002. More recently, the US-based company LanzaTech has successfully established partnerships with major brands such as Unilever, L'Oréal, On, Danone, Zara, and Lulumelon to use microbes to convert captured carbon emissions from industrial processes into polymer precursors - ethanol and MEG - for manufacturing of packaging items, shoes, and textiles.

Although the idea of reusing waste greenhouse gases as raw material seems like a win-win proposition, many viability questions arise for each CO₂ utilization pathway. Will it truly lead to emission reductions? What are the financial and practical barriers to its commercialization? Can it scale to address climate change meaningfully? These are some of the tough questions IDTechEx addressed in the latest report "Carbon Dioxide (CO₂) Utilization 2022-2042: Technologies, Market Forecasts, and Players", focusing not only on CO₂ use in the polymer and chemical markets, but also in enhanced oil recovery, building materials, fuels, and biological yield-boosting.

Not all CO₂ utilization pathways are equally beneficial to climate goals and not all will be economically scalable. Scarce resources that have alternative uses must be allocated where they are most likely to generate economic value and climate change mitigation. As the world's thirst for plastics does not seem to fade, a circular carbon economy may help maintain people's lifestyles by fostering a petrochemical industry that sees waste CO₂ as a viable feedstock.
For more information on this report, please visit www.IDTechEx.com/CO2U or for the full portfolio of Green Technology research available from IDTechEx please visit www.IDTechEx.com/Research/GreenTech.
PrintForwardTweetLikePinredditShare
Previous
Next