Electrochemical exfoliation is a promising bulk method for producing graphene from graphite; in this method, an applied voltage drives ionic species to intercalate into graphite where they form gaseous species that expand and exfoliate individual graphene sheets. However, a number of obstacles have prevented this approach from becoming a feasible production route; the disintegration of the graphite electrode as the method progresses is the chief difficulty. Here we show that if graphite powders are contained and compressed within a permeable and expandable containment system, the graphite powders can be continuously intercalated, expanded, and exfoliated to produce graphene. Our data indicate both high yield (65%) and extraordinarily large lateral size (>30 μm) in the as-produced graphene. We also show that this process is scalable and that graphene yield efficiency depends solely on reactor geometry, graphite compression, and electrolyte transport. The resulting material is significantly less oxidized than typical Hummers' Method graphene oxide and avoids many of the safety and scalability issues associated with graphene oxide production.

Micah J. Green received his bachelor's degree in chemical engineering at Texas Tech in 2002. He then entered the Chemical Engineering Ph.D. program at MIT where he was co-advised by National Academy members Bob Armstrong and Bob Brown. His Ph.D. focused on computational studies of phase behavior and rheology of rodlike liquid crystals; his studies also included a minor in early Christian history at Harvard. After finishing his Ph.D. in 2007, he developed nanotube-based liquid crystals and fibers as an Attwell-Welch Postdoctoral Fellow at Rice University.
After several years on the faculty at Texas Tech, he joined Texas A&M as an Associate Professor in the Artie McFerrin Department of Chemical Engineering in Summer 2014. He has received the NSF CAREER Award, the Young Investigator Award from the Air Force Office of Scientific Research, and the DuPont Young Faculty Award for his work in the area of nanomaterial dispersions and morphology dynamics, with applications to gels, composites, and additive manufacturing. His group combines experiment and simulation to bring the fields of chemical engineering, colloid science, and polymer physics to bear on critical nanotechnology applications.

Texas A&M University is the first public research university in the state of Texas and also has the largest student body; the flagship campus is located in College Station, Texas and is well known for research excellence in engineering (currently #15 in the country in the engineering graduate rankings). Texas A&M is particularly known for transferring technologies developed within the university to the marketplace for the public good, both through facilitating start-ups from within the university system as well as licensing and sponsored research agreements with industry partners. 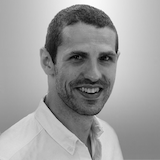