Mr. Tyler has been a lead engineer in the lithium ion battery field since the start of his career, joining 24M after spending several years with Johnson Controls.
During his time at Johnson Controls, he was a lead mechanical engineer in the development of power and energy cells in both prismatic and cylindrical design formats.
He was heavily involved in launching Johnson Control's first high-volume lithium ion battery plant, with annual capacity over 5 million cells per year.
In addition to developing multiple cell platforms, he led the mechanical designs of 12V and 48V micro-hybrid systems, as well as the first-generation distributed energy storage system for Johnson Controls.
He's collaborated with multiple other industry leaders in the lithium ion battery field, including Saft and Toshiba. Throughout his career, Mr. Tyler has collected more than 20 patents related to the mechanical design, thermal management and safety performance of lithium ion cells and systems. 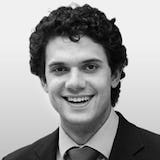 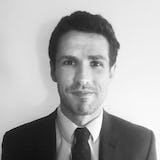