Oct 22, 2015 Dr Harry Zervos
Scouting the market for energy harvesting for almost 7 years now has allowed IDTechEx significant insight into the markets for the technologies, the potential applications and their prospects for growth. The following list of applications comes from recent IDTechEx research that has looked into the level of maturity of a wide range of end user applications, and the technology of choice in most of them.
Find out more at IDTechEx's annual event - Energy Harvesting & Storage USA, Nov 18-19 in Santa Clara, CA. www.EnergyHarvestingUSA.com 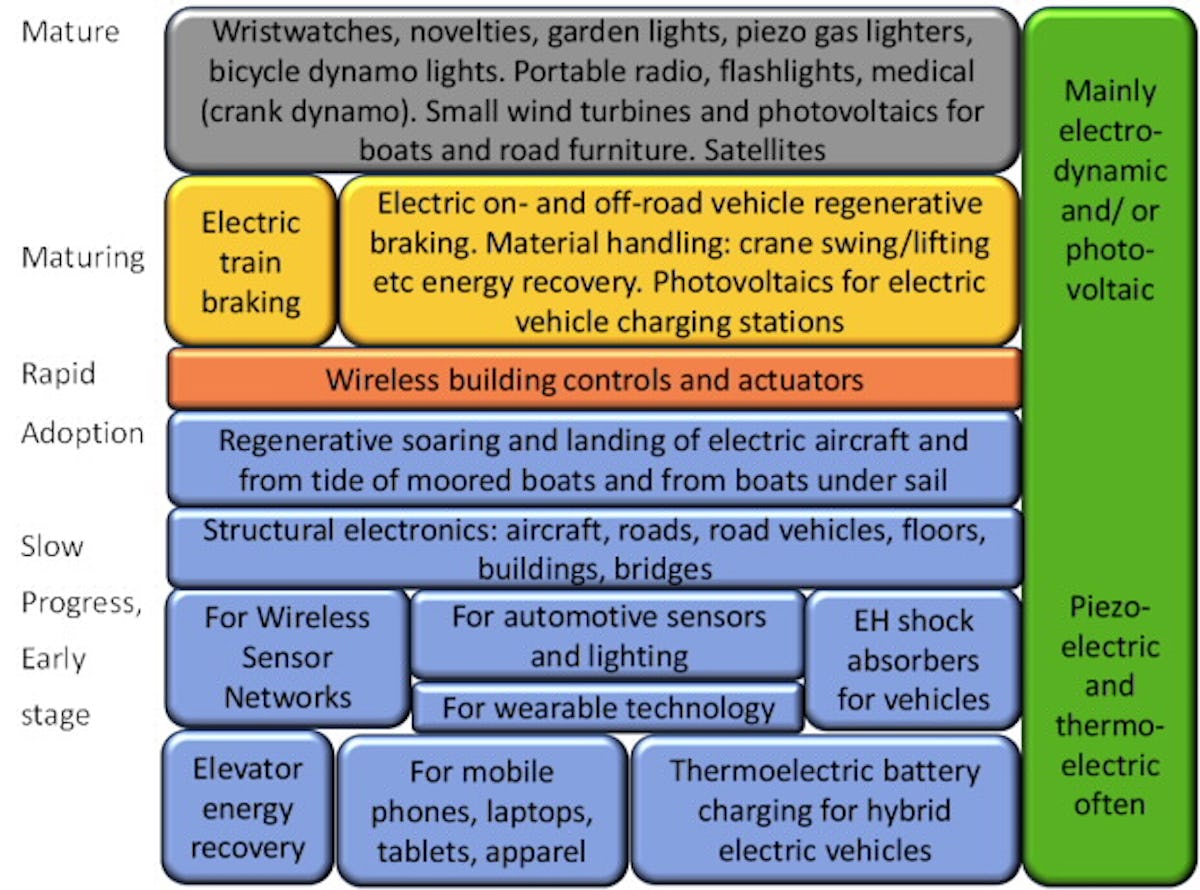 Maturity level of different energy harvesting applications. Source: IDTechEx Research
As can be seen, energy harvesting has been with us for a long time, so long that in some cases we don't even think of the usage scenarios as energy harvesting; they come in the form of piezoelectric lighters, electrodynamic bicycle dynamos, even satellites that have been orbiting the earth for decades, powered by photovoltaics or radioisotope thermoelectric generators.

In the same illustration, we point out the growth of building and industrial automation applications, as can be seen by the successful implementation of EnOcean wireless sensors and switches in smart buildings, and wireless sensors incorporating energy harvesting being offered to customers of major system integratpors worldwide. The trend is one that we expect will continue, albeit at a slower pace than originally expected a few years ago. The adoption will surely be propelled forward by overarching trends such as the IoT, a concept that allows for comfort, efficiency and robustness by offering electronic functionality to practically all things around us. That electronic functionality requires power, and energy harvesting is the most elegant and cost-effective solution in many cases, as adopters are starting to discover.

What about consumer electronics...?

Consumer electronics applications remain a difficult market to address, as current devices such as smart phones, tablets, laptops, etc. have high power requirements that unfortunately cannot be addressed by current energy harvesting technologies, except for small intervals at ideal conditions. The following table illustrates just that, based on power output data from energy harvester developers Sharp and Alta Devices. Based on high power output photovoltaic platforms, indoor performance remains significantly lower than outdoor, and that makes integration onto popular consumer electronic devices unlikely in the short term.
Power output for two types of photovoltaic harvesters. Consumer electronic devices have needs that can only be met by harvesters performing at peak, in outdoor conditions; an unlikely usage scenario for smartphones, tablets, etc. Source: IDTechEx Research

As new research by IDTechEx reveals though, remote power and micro-grid applications are currently a $19 Billion market, and what is defined as "high power energy harvesting" for off grid PV and small wind turbines, regenerative braking in vehicles, etc. could lead to new opportunities for technology developers. That's already a market of $1.6 Billion in 2016 and is expected to grow over the next decade as distributed power usage paradigms become increasingly popular, not just in remote parts of the world but also in urban application environments. 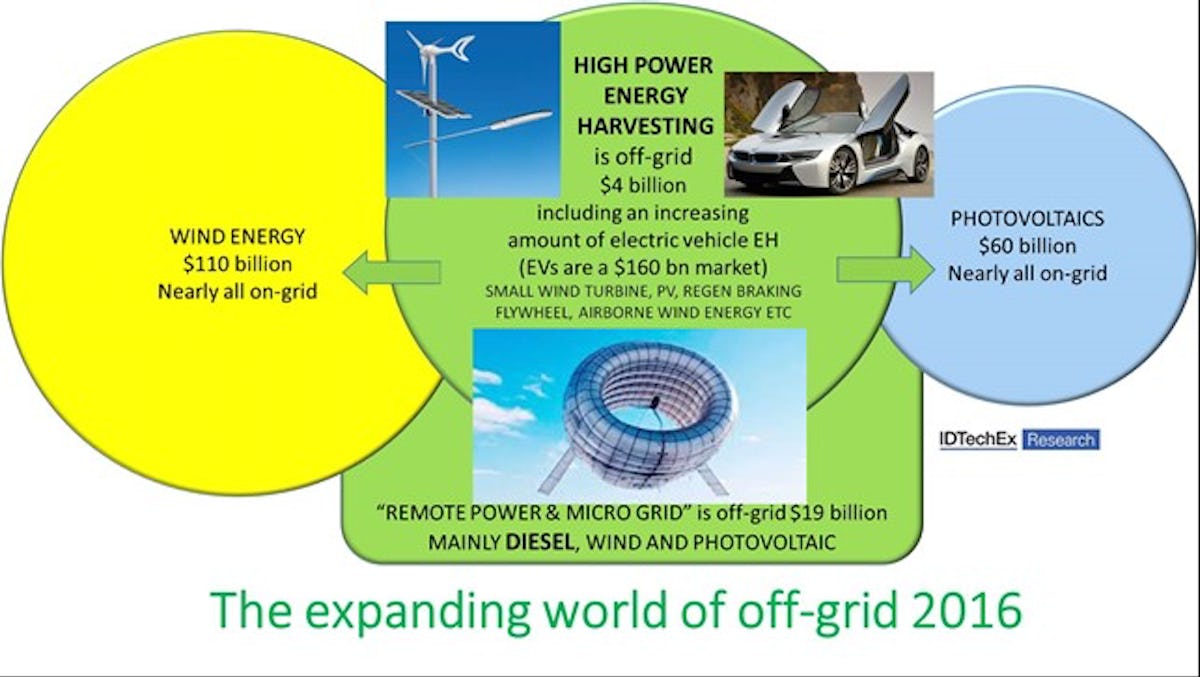