Manufacturing Scale-Up Of An All Solid State Battery

All solid-state batteries (ASSB) are of considerable to the electric vehicle market due to their considerable potential for higher energy and safety as compared to current industry-standard lithium-ion batteries. Solid Power was established in 2012 based on research in ASSBs performed at the University of Colorado Boulder and has since established numerous research and collaboration partnerships with Universities, National Labs, key supply chain members and auto OEMs. The Company works exclusively in a unique class of ASSBs that offer the best combination of performance and manufacture-ability. Regarding the former, Solid Power has developed a family of solid-state electrolytes that uniquely blend high ionic conductivity, stability with cathode active materials (e.g., NMC) and lithium metal stability. Regarding the latter, Solid Power's ASSB technology is fully compatible with industry-standard roll-to-roll manufacturing. To this end, the Company recently completed the installation of its first MWh-scale pilot production line and has initiated production of its first Generation of large-format prototype ASSB cells. The proposed talk will provide an overview of the Company's latest cell performance as well as an introduction to the Company's manufacturing approach and latest developments thereof.

Doug Campbell is the CEO and a co-founder of Solid Power. He established the company as a spin-out business of the University of Colorado Boulder in 2012 and has led from early development into its current phase of achieving the first step of production scale. He has been instrumental in establishing the Company's strategy of focusing on rapid product development with follow-on iterations toward meeting customer requirements.
Mr. Campbell is a startup veteran with nearly 20 years of experience in hardware-based new technology developments. In parallel to Solid Power, Mr. Campbell co-founded and led Roccor, an industry leader in small satellite components.

Solid Power is an industry-leading developer of next-generation all-solid-state batteries. With considerably higher energy and greatly improved safety, ASSBs have the potential to revolutionize future mobile power markets. Established in 2012, our world-class team of battery researchers and engineers are engaged in new material development and manufacturing scale-up in our Colorado-based facility.
Our state-of-the-art research facility and MWh-scale roll-to-roll pilot manufacturing line, enables new material development and rapid transition to scale. Our team is heavily focused on meeting our customers' and partners' performance, manufacturing, and economic requirements thereby accelerating widespread e-mobility. 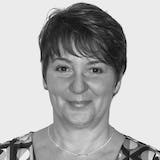 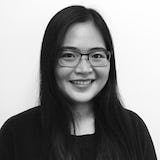