2019429 Dr Xiaoxi He
Solid state batteries have been considered as the avenue to the next generation energy storage solutions, according to the IDTechEx Research report Solid-State and Polymer Batteries 2019-2029: Technology, Patents, Forecasts, Players.
The mature lithium-ion battery technology has its intrinsic limitations
A typical commercial battery cell usually consists of cathode, anode, separator and electrolyte. One of the most successful commercial batteries is the lithium-ion technology, which has been commercialized since 1991. However, their worldwide success and diffusion in consumer electronics and, more recently, electric vehicles (EV) cannot hide their limitations in terms of safety, performance, form factor, and cost due to the underlying technology. 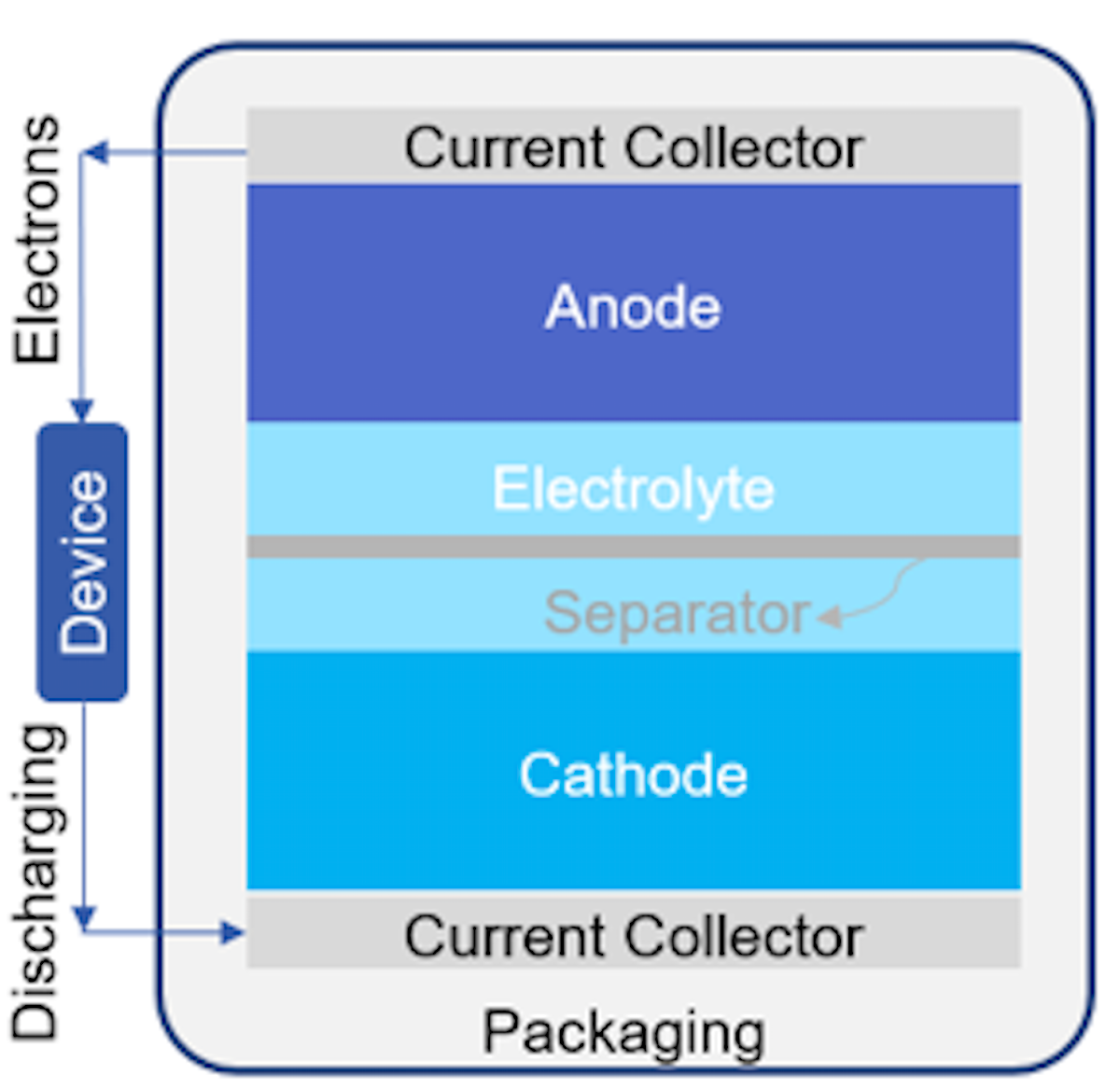 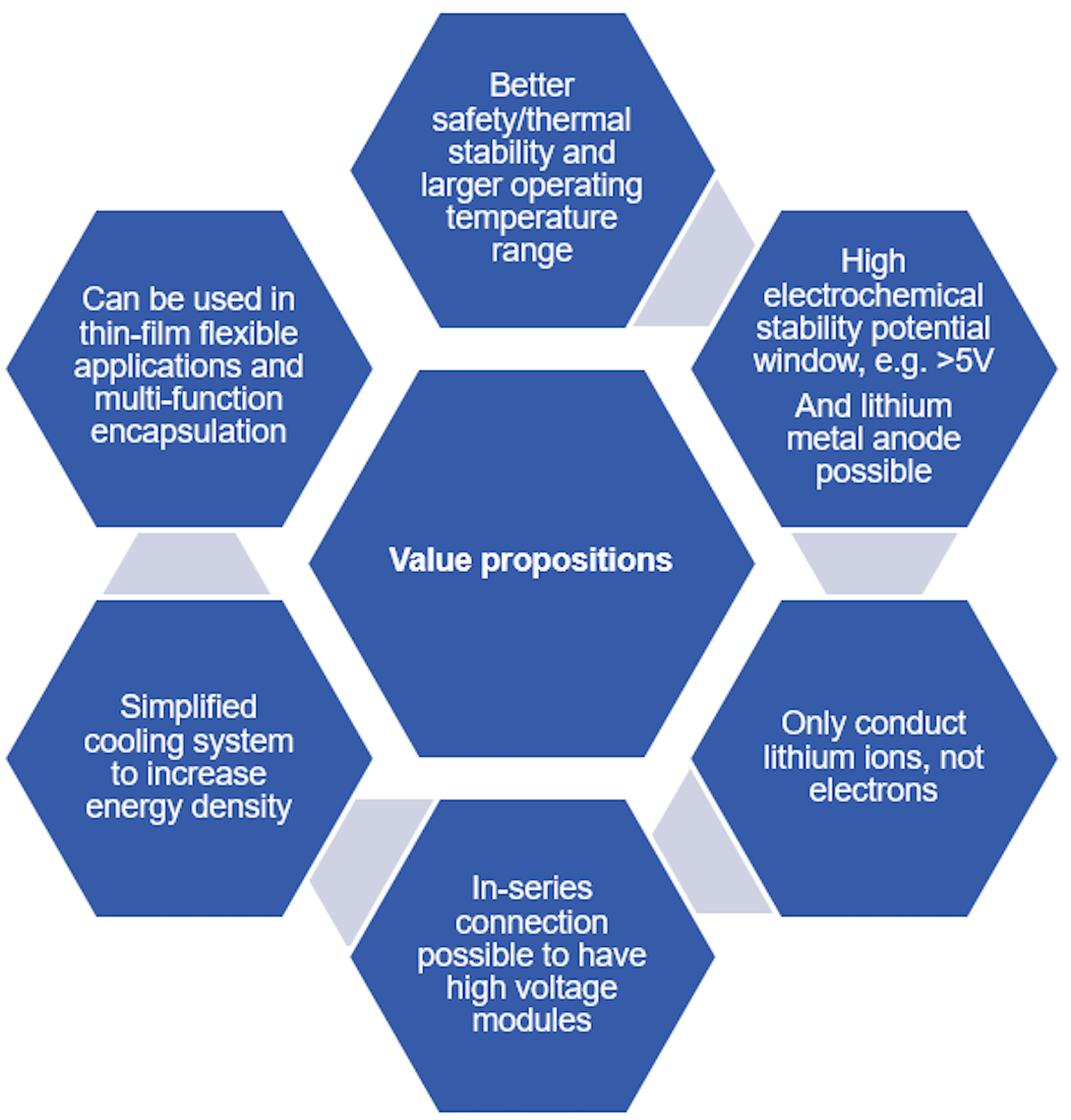 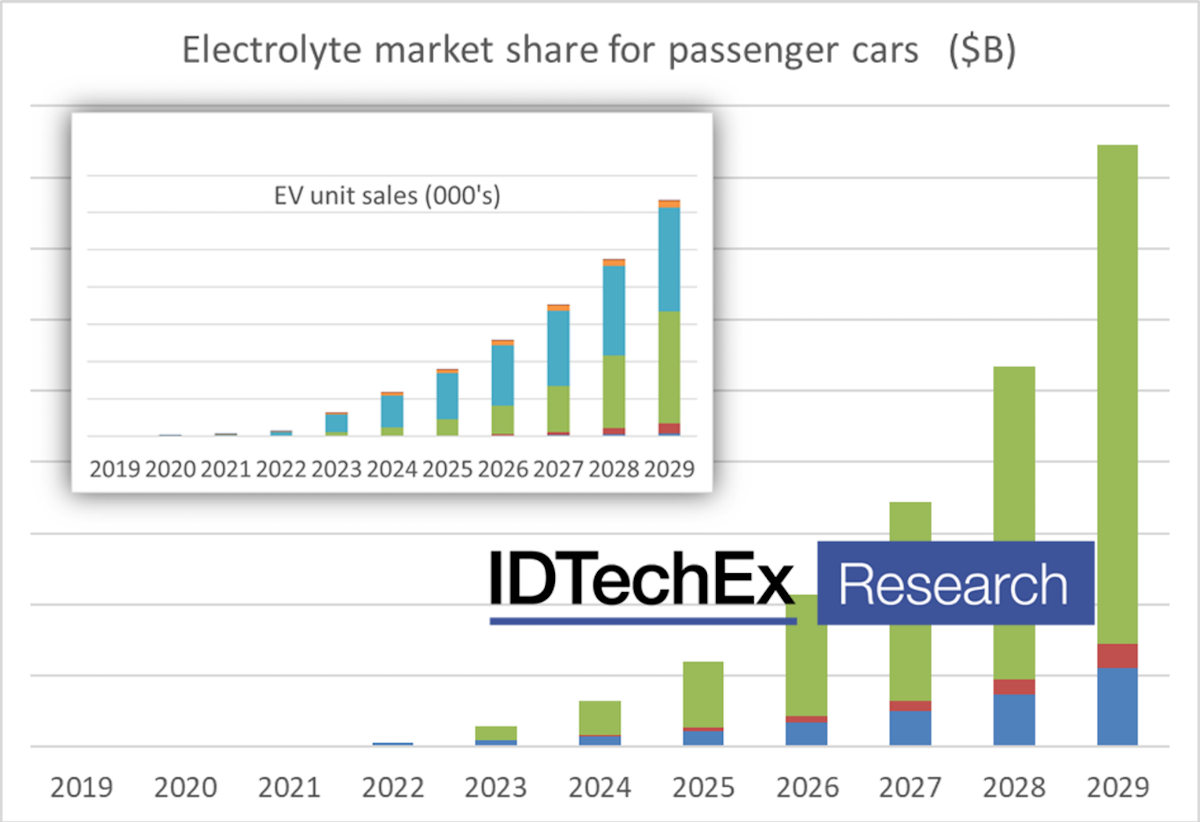