I currently work at the Institute of Advanced Display Technology in Visionox/GVO/Blackcow Food Company Limited as the project director of advanced technology sourcing. I received my Ph.D. degree in Applied Physics from University of Rochester in April, 2015. My thesis is about the interface and device studies of OLEDs and perovskite solar cell. From April 2015 to April 2016, I worked in UC Irvine as an assistant specialist to collaborate with TOSHIBA healthcare North American to develop the high resolution, low dose, dual energy CT X-ray source. From April 2016 to June 2017, I worked in Nanophotonica Inc. as a Sr. R&D engineer to investigate the lifetime issue and degradation mechanism of QLEDs. Nanophotonica Inc. was acquired by Samsung Electronics in January, 2017. I have published 30 peer-reviewed paper, one book chapter published by Wiley, with a total of nearly 2000 citations. 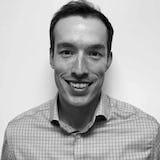