Philippe is the inventor of 235+ issued patents, of which 125+ patents are assigned to Fullpower® and the AI, ML, Sleep, and medical Fullpower® Cloud platform: (for a list of Philippe's patents, follow the link: philippe.com/download/philippe-kahn-patents-list, patents.google.com/?inventor=Philippe+Kahn).
Philippe studied at the ETH in Zurich Switzerland and Sofia-Antipolis, France, receiving his Master's Degree in Mathematics. Philippe also earned his Master's Degree in classical flute, with simultaneous minors in composition and chamber music from the Zurich Music Conservatory.

Fullpower® licenses its IP and technology as a PaaS to partners such as Tempur-Pedic, Nike, Opos Medical Solutions and others. Philippe is the CEO of Fullpower®, the creative team behind the Fullpower® technology platform. Fullpower is the leader for contactless bio-sensing and delivers a complete platform as a service (PaaS) for rapidly developing and operating AI, big data, predictive analytics, cognitive-behavioral sciences and IoT software solutions for wellness. This includes machine-learned PSG-level sleep algorithms for Sleeptracker® and activity recognition and management algorithms for MotionX®. 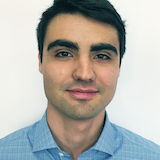