Mai 24, 2016 Dr Peter Harrop
This annual event by the delightful staff of the Comparative Aircraft Flight Efficiency Foundation CAFE took place May 19-20 at San Francisco Airport Marriott Waterfront. There were only about 40 people in the room compared to hundreds in past years because the organisers have split. A competing event had taken place nearby at the beginning of the month yet, from what we heard, the combined attendance of both events was down on what CAFE had achieved in years past. Ironic because electric flight is newly important now Airbus is launching one for sale and about 20 small companies now offer them. Even pure electric VTOL aircraft and hybrid longer range fixed wing and VTOL aircraft are being added to the mix. The standard of presentations was very high. These people deserved an audience of ten times the size as they led us into what will be a market of tens of billions of dollars yearly in 15 years on IDTechEx analysis. Young people should be going wild about this stuff but one speaker said, exaggerating only slightly, "If the two people in the room under the age of 40 are listening, we are recruiting." IDTechEx will be helping to get the message out in future years.

Overview of the learnings

Here is an overview. It is now recognised as very important that the benefits of electric powertrains go beyond elimination or reduction of emissions at point of use and smoother ride. In aviation, the fact that you can distribute power and thrust around the airframe and truly integrate aerodynamics and propulsion is key, particularly in planning feeder aircraft and larger and for multirotor aircraft, now including manned ones. You can takeoff at slower speed in a shorter distance with lighter wings and near silence for example. This is of massive importance. 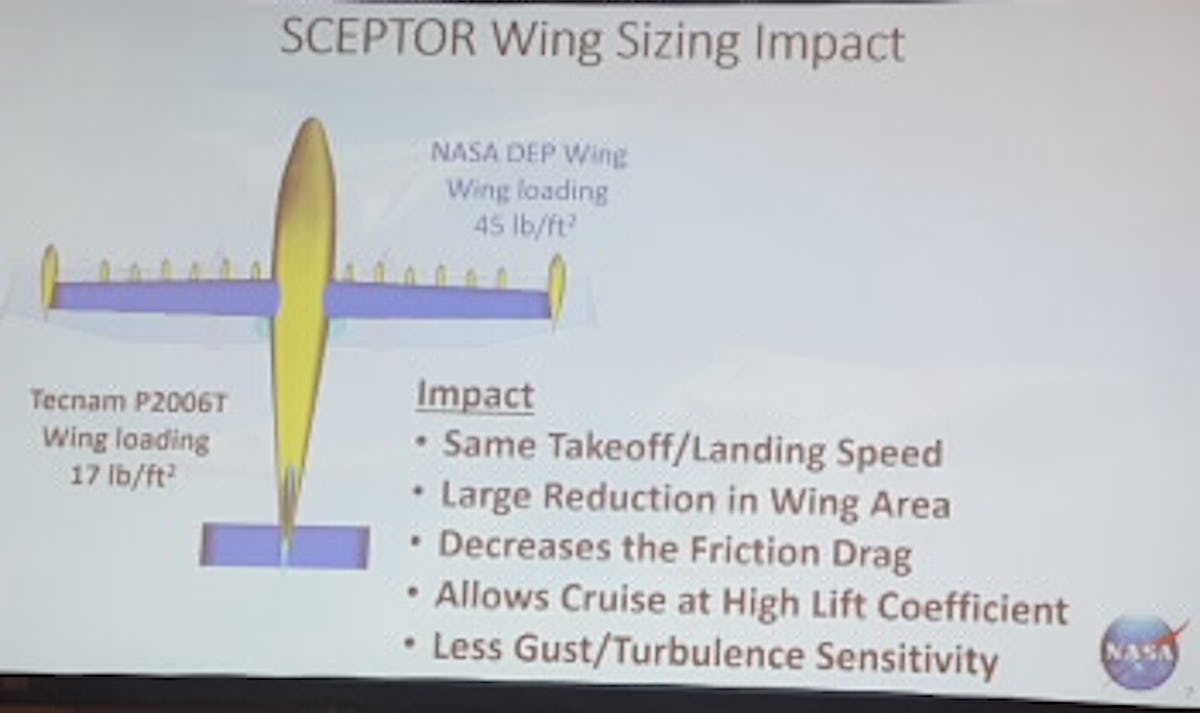 Cost of ownership also plummets with pure electric aircraft and they are mimicking cars in moving from 100 to 200 miles range in affordable packages over the last year not because battery energy density has doubled - increased 10% is more like it - but because price has come down and airframe and powertrain efficiency have improved. Lithium batteries may have no mainstream competitor for a decade but they will maybe double in energy density in that time and halve in cost per kWh in that time.

Up front cost gets competitive

Like golf cars today, the electric version of some fixed wing and VTOL aircraft being readied for market will be lower than for the internal combustion equivalent albeit with less range. The archetypal 150 mile range 4 person fixed wing aircraft is likely to take longer to cost less up-front than a conventional version but all pure electric aircraft are already demonstrating maintenance and refuelling costs of one twentieth or some other astounding fraction of cost compared to conventional and more reliable. We were reminded that a Lycoming piston engine has more than 800 moving parts and an electric motor has one! Flying schools should make decent profits again.

Electric vehicles land, water and air have much more efficient propulsion but fuel/ electricity used is still substantially wasted. Using energy harvesting from ambient energy and regeneration instead of creating useless movement and heat internally are therefore now a major focus. With propeller driven boats it is now the norm to have the propeller go backwards when under sail or when moored in a tidestream to recharge batteries and aviation is now catching up with this with several aircraft described that harvest energy in thermals and on descent, something earlier seen with a Japanese experimental small aircraft and Electraflyer electric aircraft on sale for instance. It is "in the design manual" now. Nevertheless, the rather closed world of aviation needs to benchmark the huge variety of new forms of harvesting and regeneration being prepared for land-based vehicles such as turbine in the exhaust, thermoelectrics on exhaust, triboelectrics, magnetostrictive harvesting, wind turbines that erect when parked.
One aspect where the fixed wing aircraft and the airship have an advantage over cars is the sheer area available for photovoltaics and it is now common to hear of small fixed wing aircraft getting at least 30% extra endurance/ range from photovoltaics on the wings. Covering more of the plane is coming in and use of the more expensive, more efficient GaAs PV for example, will occur as costs come down. However, no one in their right mind will plan a fixed wing electric aircraft without the solar option integral in at least the wings in future.
As with cars already, some future light aircraft will be offered with electric and other powertrain options such as diesel or Wankel. However, although a price ticket of around 250k dollars is progress, will it re-create the golden age of private aviation of 45 years ago when 15 times the numbers of craft were being sold before saturation, litigation, high fuel cost and technology stagnation clamped in followed by noise, pollution and training cost issues? Bye Aerospace reminded us of the replacement potential for all those scrapped and flying 45 year old craft but a renaissance probably calls for something else that is not a direct replacement. Some pure electric VTOL craft potentially selling at $20-50K might qualify: we did not hear the more wild-eyed talk of five years ago concerning $12K aircraft.

The cumulative cost of traffic congestion to LA was quoted as $558 billion to 2030, London and Paris being well over $200 billion. We learned that although some big airports are being shut because of noise, there are 5000 private airports in the USA only 10% utilised. NASA had a very compelling report of potential use of the clover leaf circles at freeway exits as helipads. We think the European solar road technology in those roads and discs could provide a serious percentage of the electricity and local wind turbines the rest: elegant indeed. NASA likes autonomy for the VTOL here, solving the commuting problem for many but, wrongly in our view, it snuffed the idea of battery swapping. Think fork lifts. Only 30 mins- one hour range/ endurance is an issue with pure electric VTOL that are not the more efficient helicopter configuration. However, multicopters are much more stable in wind and they have multiple powertrain redundancy for safety in cities.

As five years ago, air taxis and personal aircraft are the dream for rejuvenating the struggling general aviation sector but with more attention on VTOL rather than Extremely Short Takeoff and Landing ESTOL for example with motors in the wheels. Electrically motorised sailplanes and hang gliders have become a modest commercial success in the meantime. These can be extremely quiet.
Although the aircraft where you can hear what is going on outside is radical and exciting in many potential applications, walking into a near silent propeller when on the ground must be addressed they said. Ducted fans and VTOL from safe overhead propellers found favour in this respect. 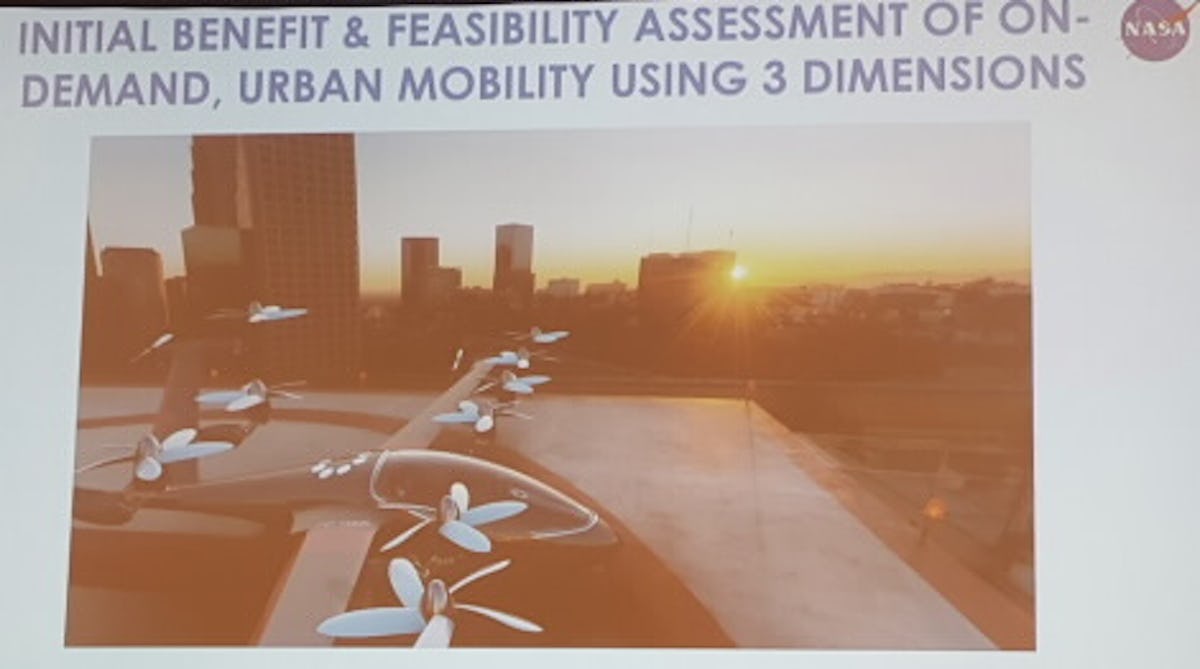