Fév 28, 2013 Dr Peter Harrop
This article shares some of the research carried out for the brand new IDTechEx report, "Manned Electric Aircraft 2013-2023: Trends, Projects, Forecasts" www.IDTechEx.com/manned.
Electric aircraft are an idea whose time has come. Electrically propelled manned aircraft are selling profitably today in small numbers. They take the form of pure electric fixed wing microlights and motorised hang gliders. At the other extreme, airliners that have electric nosewheels have arrived making them electric vehicles when on the ground, hugely reducing noise and air pollution and making them independent of tugs. Yet that is only the beginning and the story is now rapidly unfolding across the whole industry - with Europe often in the lead. Europeans flew a two-seater fuel cell aircraft, a pure electric stunt plane and a manned hybrid electric aircraft with a Wankel engine in recent years.
World firsts
2011 saw the world's first pure electric helicopter fly in France and then the world's first pure electric multi-rotor volocopter fly in Germany. 2012 saw the world's first pure electric flying boat in the air in Finland, a fun product, now being sold as a "flying jet ski". A saleable amphibian (land and water), hybrid electric aircraft suitable for production has been seen in the air over Norway and it is now being readied for production. UK organisations are helping Boeing to make a fixed wing unmanned aircraft that stays aloft for five years, the airframe and ultra-lightweight motors having lessons for manned aircraft design.
Fig.1 The first manned flight of a pure electric volocopter multi-rotor vertical take-off and landing (VTOL) aircraft. 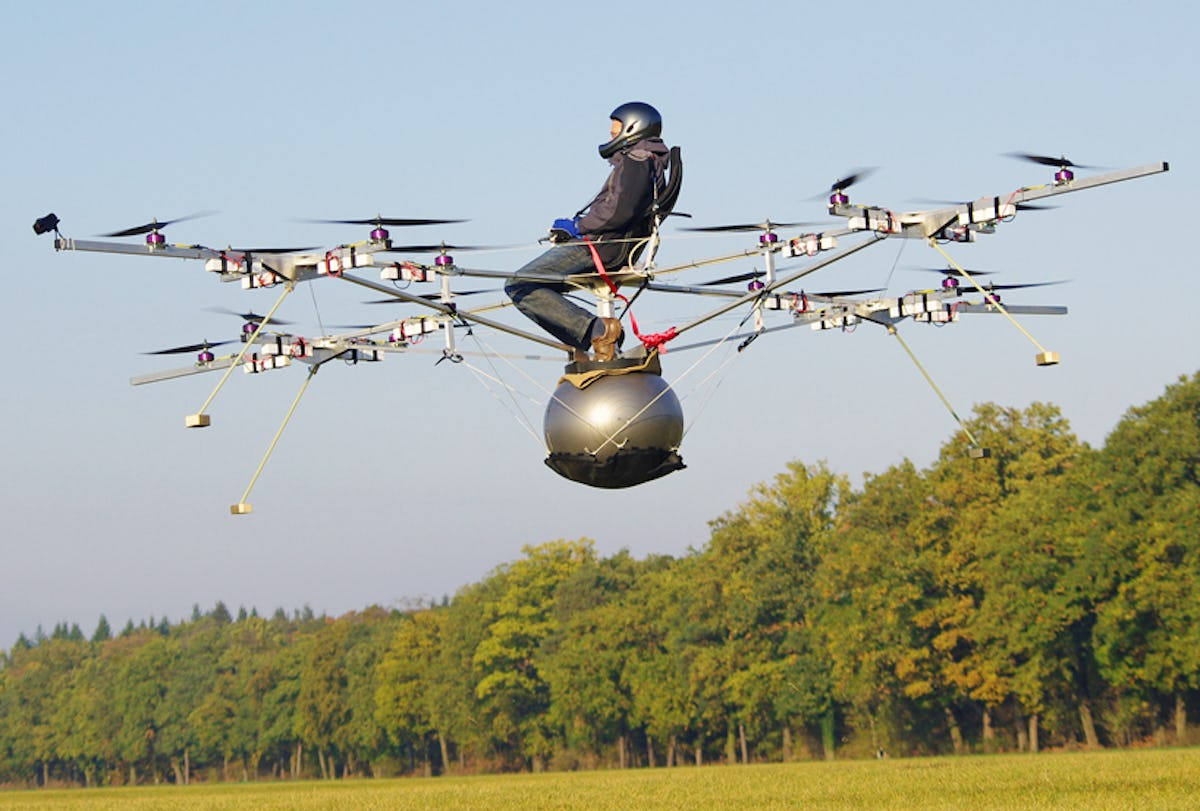