Some of the highlights at this year's Printed Electronics event, organized by IDTechEx in Tokyo, Japan, are discussed in this article, focusing on the keynotes on the first day of the conference, which was attended by approximately 250 people.

Discussing Panasonic OLED lighting developments, Professor Takuya Komoda acknowledged the stiff competition of inorganic LEDs but expressed confidence that OLED lighting makes a very strong case and will be experiencing successful commercialization in the next few years, especially as its characteristics have increased dramatically in recent years. According to Prof Komoda, these improvements will lead to equal performance metrics between LEDs and OLEDs in the short term. One of the main research topics at Panasonic has been focused on achieving high out-coupling improvements in order to maximize light extraction.

Schematic of the light out-coupling substrate developed at Panasonic. Source: Panasonic
Utilizing a high refractive index scattering layer between the glass substrate and the active layers of the OLED lighting device, researchers at Panasonic achieved improvement of out-coupling efficiency of up to 40%. Professor Komoda also showed some of the innovative designs of OLED lighting products designed by Panasonic, such as the one demonstrated below. 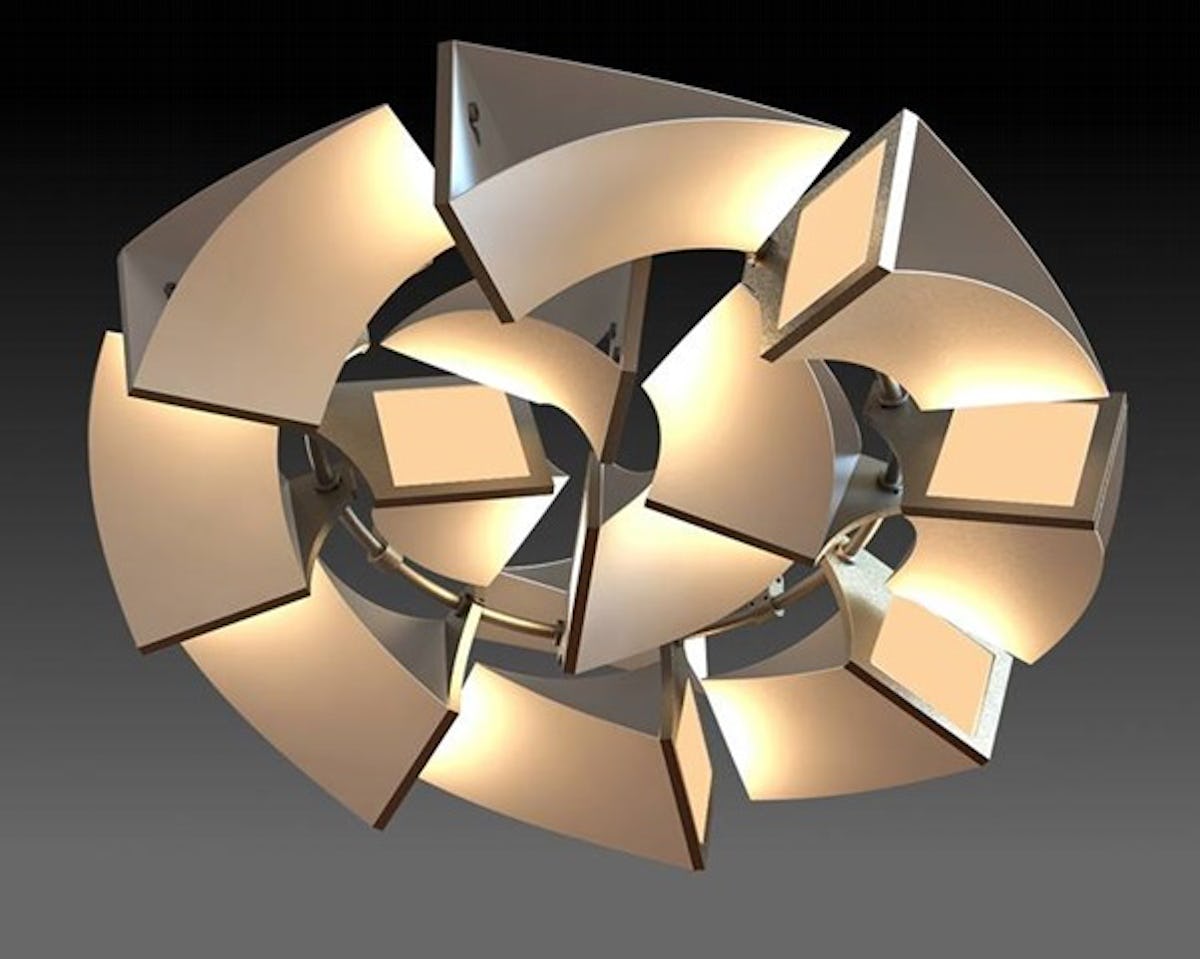 Chandelier by Panasonic, designed by Syncroa

Mr Hiroaki Itoh from the R&D division of Konica Minolta discussed the developments of the Symfos OLED lighting products and the roll to roll production lines that the company is putting in place for their mass production, but also their high barrier film technology, flexent.
Konica Minolta is looking to customize their barrier layer design based on customer requests on properties such as WVTR, heat resistance, optical properties and substrates (PET, PEN, PC, COP etc.). To that end, the company is adopting optimal combinations of various coating technologies that it has considerable expertise at, such as wet-coating or dry-coating techniques such as AGP CVD or sputtering. 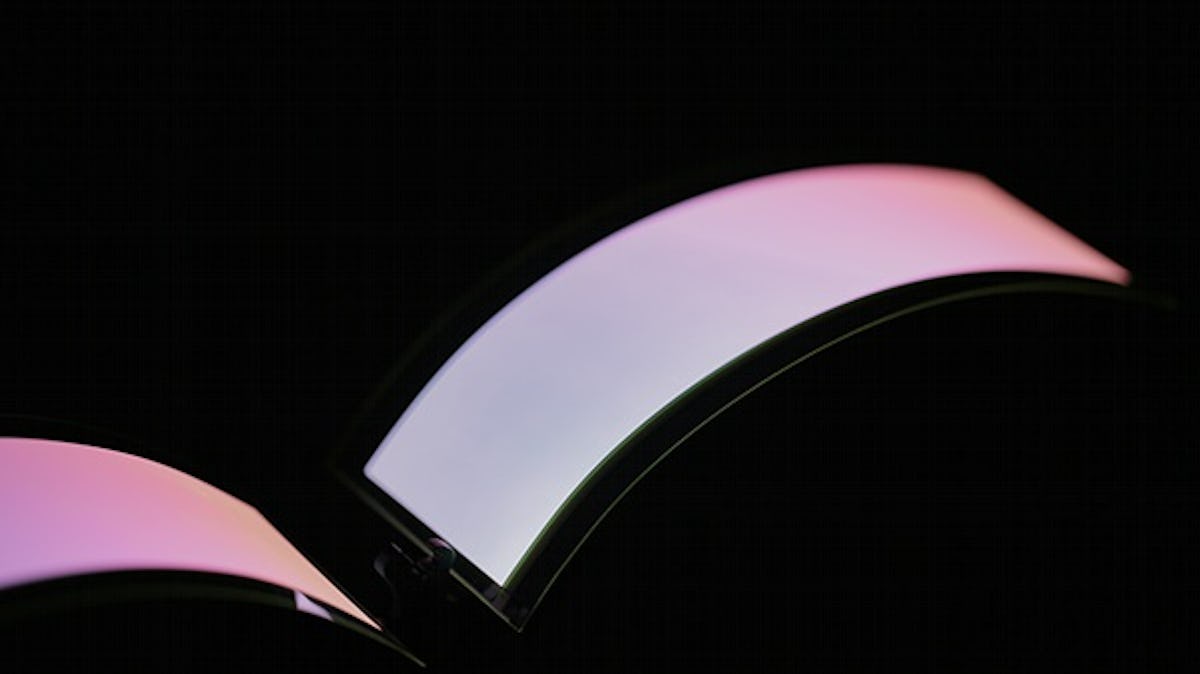 PragmatIC's CEO, Mr Scott White, discussed the company's commercialization efforts for its imprinted logic; a technology that is looking to facilitate the replacement of silicon with an ultralow cost logic circuit on a few mm ² of plastic.
One of the main points he made was that other than applications where flexibility and versatility in form factor is paramount (such as greeting cards, packaging and smart labels, etc.), PragmatIC is seeing traction from hybrid electronics markets, i.e. the commercialization of conventional silicon based technologies such as integrated circuits, complemented by the company's imprinted logic circuits. Many different types of customers are interested in these solutions, especially whenever user interface is remote from processing electronics. The objective in those cases is a more efficient use of silicon and wiring by concentration of multiple remote inputs/outputs. With moderate complexity applications viable now for commercial roll-out, IDTechEx is expecting to see more high volume projects being brought to market in the next few months. Markets such as brand promotion, (flashing lights & other novel effects), functional packaging (timers, sensors, decision, etc.) and security (authentication/identification) are notable.

The award went to SmartKem for the launch and market entry of the company's p-FLEX™ organic semiconductors for flexible displays. The company has been committed to positioning themselves as the leading supplier of solution-based semiconductors to the Asian display sector over the last 18 months. They are now involved in a number of significant pilot production programmes and shipping p-FLEX to a range of leading display and chemical manufacturers in Asia. 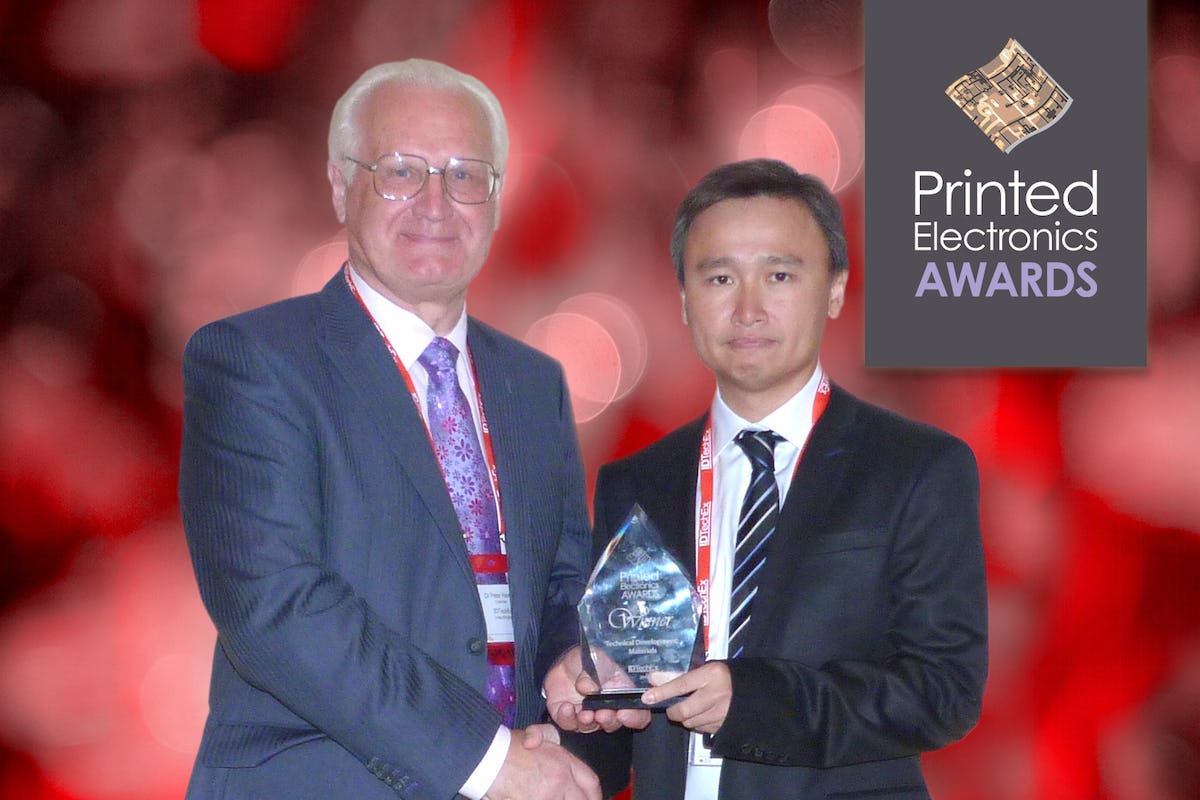 This was awarded to VTT for the deployment of their printed, flexible and plastic integrated electronics pilot factory. According to the developers in Finland, the pilot factory can be used to develop and make a proof-of-production of new form factor electronics, enabling the transition from rigid printed circuit in a box to flexible or freeform devices. The pilot factory offers high compatibility and highly automated roll format handling throughout the process. 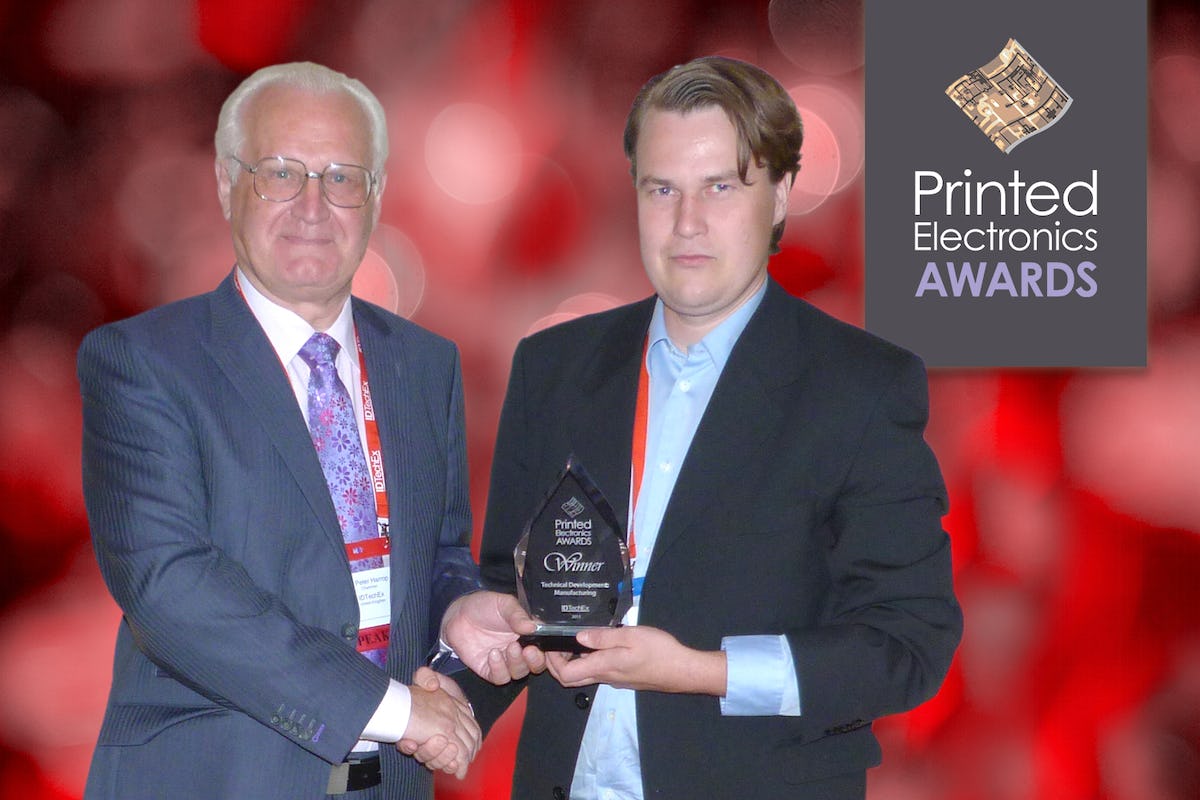 Finally, the product development award was given to Integration Technology for their advanced developments of UV-LED curing systems. The UV-LED curing light source has been optimized for energy saving and environmentally friendly manufacturing where UV curable materials are used such as printing adhesives, coatings and other layers for printed electronics products. 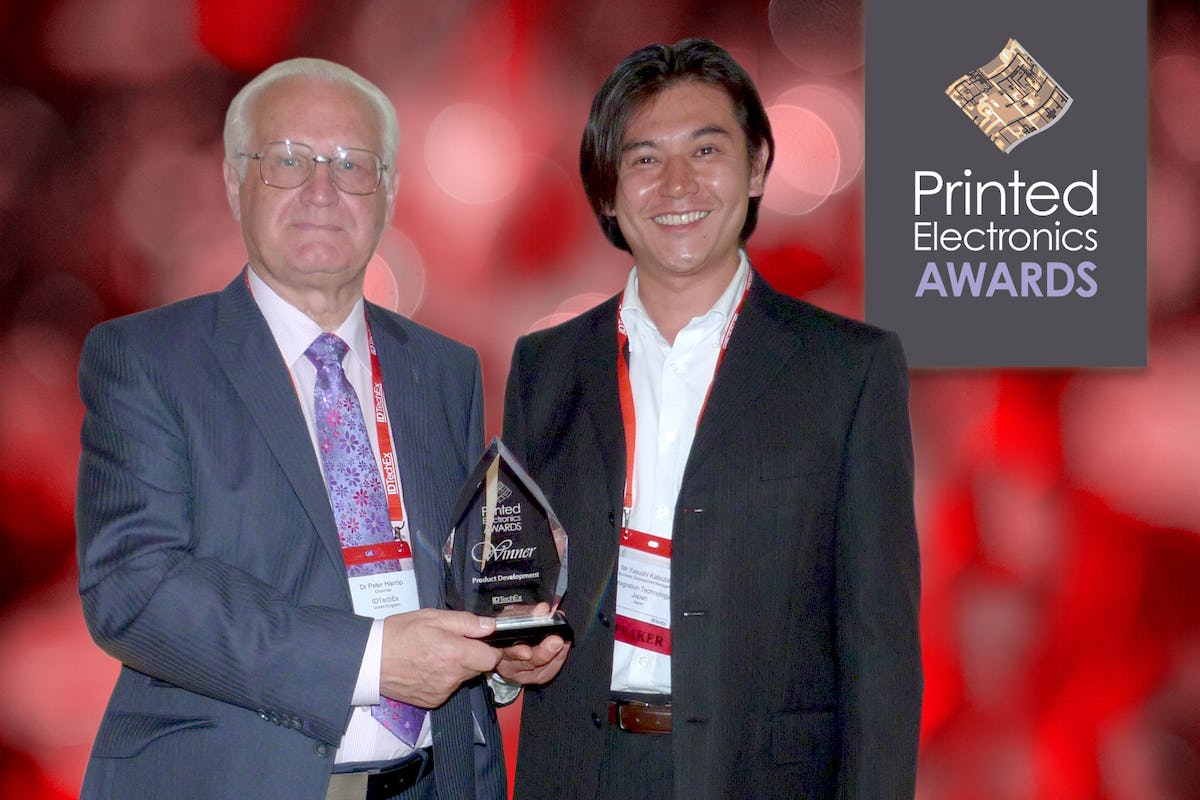