The EV Market Doubles Down on Permanent Magnets Despite Material Costs

The EV Market Doubles Down on Permanent Magnets Despite Material Costs

Déc 01, 2022 Dr James Edmondson
With the continued global turmoil experienced over the past few years, the prices of almost everything are rising. This has been especially true for the rare earth materials used in the manufacturing of electric motors for electric vehicles (EVs). The price of neodymium has remained fairly constant from 2013-2020, but 2022 saw a very sharp rise to its peak in February at 3.8 times greater than the previous average. While the price has settled somewhat, in October 2022, it is still 2.4 times higher than it was between 2013-2020. While some automakers have alternative motor technologies that don't rely on rare earths, the market has not shifted in this direction significantly; why is that the case? 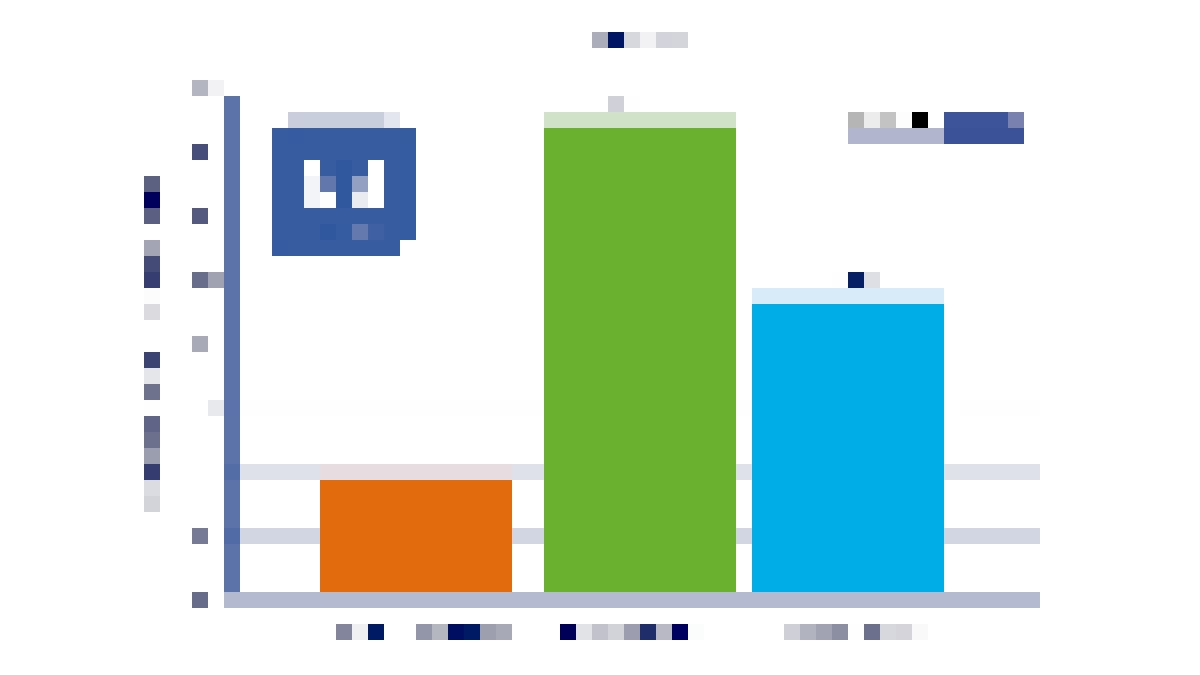 At peak 2022, neodymium price was 3.8´ the average value between 2013-2020. Source: IDTechEx - "Electric Motors for Electric Vehicles 2022-2032"
What Are the Motor Technology Options?
IDTechEx has carried out extensive research into the electric motor market for electric vehicles, including analysis, benchmarking, and demand forecasts of different motor technologies in its report: "Electric Motors for Electric Vehicles 2022-2032". To date, the three main categories used in the electric car market are permanent magnet motors, induction motors, and wound rotor motors. From a materials point of view, each of these typically uses a stationary stator with copper windings; the difference is in the rotor construction. Permanent magnet motors, as the name suggests, use magnets on the rotor that are typically made using rare earths, with neodymium taking the largest fraction (although there has been some progress in ferrite-based magnets). Induction motors use a copper cage or windings on the rotor and use an asynchronous operating principle. Finally, wound rotor motors also have copper windings on the rotor, but these are excited directly with an electric current.
There are certainly other motor technologies, such as switched reluctance motors, and developments have been happening to make these more suited to passenger vehicle applications, but the market to date has been dominated by the three options above.
What Is Happening in the EV Market?
Permanent magnet motors are by far the most commonly used electric motor in the EV market thanks to their high power density, torque density, and efficiency. In 2021, permanent magnet motors made up 84% of the electric car market. Despite their use in earlier Tesla vehicles, induction motors have been largely relegated to the secondary drive motor thanks to minimal drag losses while not in use. Wound rotor motors are the typical choice when a permanent magnet-free primary drive motor is required. Wound rotor options have been used by Renault and recently adopted by BMW for its 5th-generation drive.
With the rising costs of materials, especially expensive rare earths, interest has been seen towards eliminating their use in electric motors; as previously mentioned, BMW and Renault have made use of wound rotor motors, and Mercedes went with induction motors for its EQC model. Established motor suppliers like MAHLE and smaller companies like Advanced Electric Machines are also focusing on magnet-free alternatives. Despite the interest, the permanent magnet motor market share for the first half of 2022 actually rose to 86% over 84% in 2021. 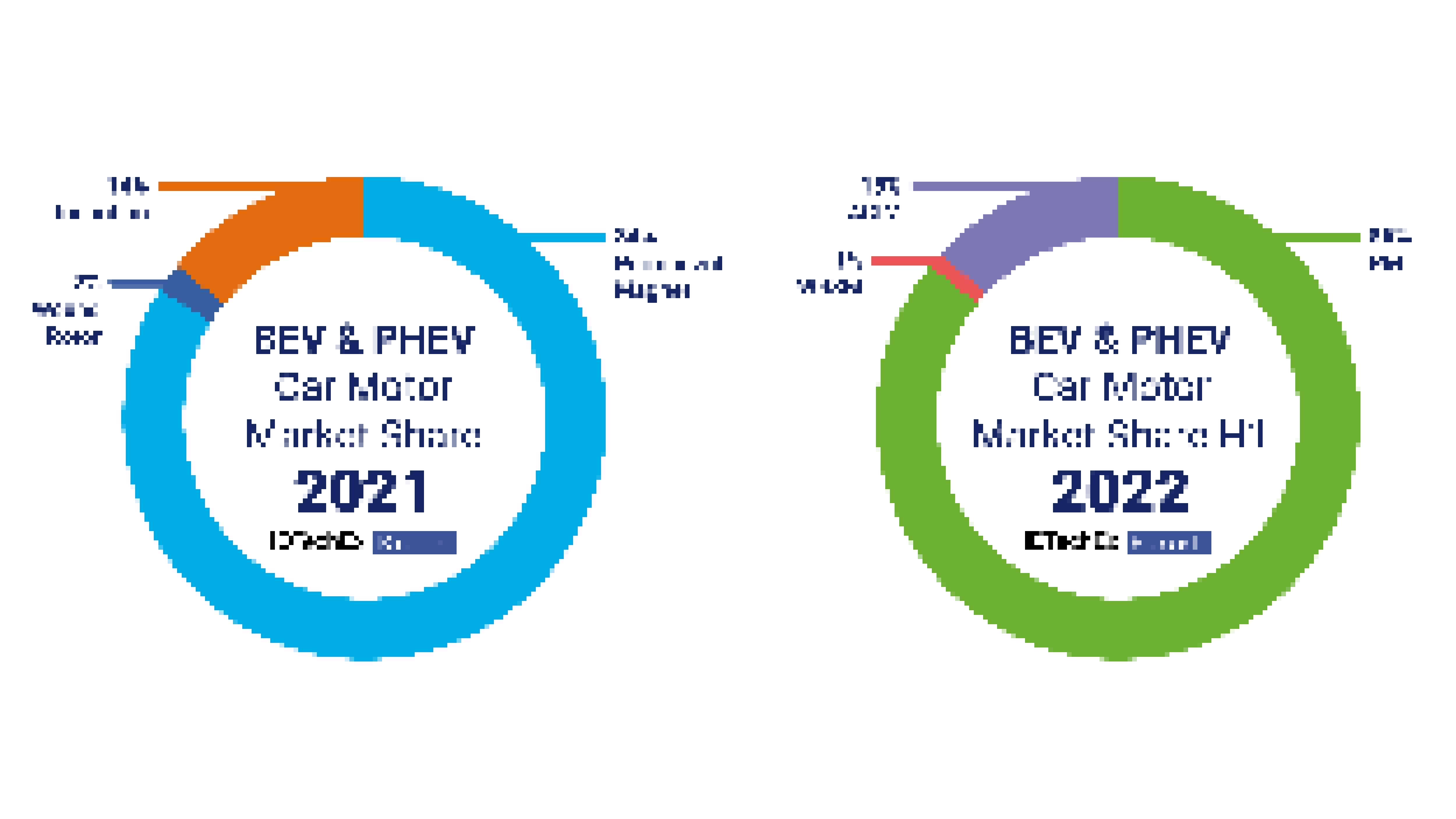 The share of permanent magnet motors has grown slightly in 2022. Source: IDTechEx
Why Has the Market Not Abandoned Rare Earths?
There are a few reasons that permanent magnet motors have remained the dominant choice of technology in 2022 so far. The first is the dominance of China's domestic electric car market. China's electric car market is the largest in the world, China is also responsible for the vast majority of rare earth supply, and hence the cost of neodymium is not as much of a concern as it is in other regions. The other potential reason is automotive development timescales; the vehicle platforms sold in 2022 will have been developed over several years, with existing contracts for motor supply. There will be a lag between where the interest in the market for magnet-free motors rises and the actual deployment on the road. Alternative motor technologies will also take experience and development; OEMs are comfortable with permanent magnet motors, and a switch in technology needs to prove it is reliable, has equivalent or better performance, and does not require significant shifts in control electronics (unless this can be included with the motor).
Outlook for the Electric Motor Market
Despite the rising costs of rare earths and a host of other materials, IDTechEx predicts that most of the EV market will remain with permanent magnet motors in the short- to mid-term, especially in China, which accounts for the largest portion of the EV market. Europe is the key region where we could expect to see greater adoption of magnet-free technologies, as already demonstrated by Renault, BMW, and Mercedes; in a few years, with next-generation vehicle platforms, we expect to see a few more announcements around magnet-free options. IDTechEx's report "Electric Motors for Electric Vehicles 2022-2032" takes a deep dive into the types of electric motor used in electric vehicles as well as emerging alternatives like axial flux and in-wheel motors. Several EV markets are considered, including cars, buses, trucks, vans, and two-wheelers across China, Europe, and the US, including forecasts for motor demand over the next ten years. The materials used in the motors are also forecast, addressing rare earths in magnets in addition to copper and aluminum used in the motor windings, with material demand forecasts out to 2032.
To find out more about this IDTechEx report, including downloadable sample pages, please visit www.IDTechEx.com/Motors.
PrintForwardTweetLikePinredditShare
Previous
Next