201675 Dr Peter Harrop
In August 2016, China Xinhua News reported that the Transit Elevated Bus (TEB) has had its first road test in Qinhuangdao City. It consisted of a brake and power consumption test of this electric vehicle that runs on tracks. 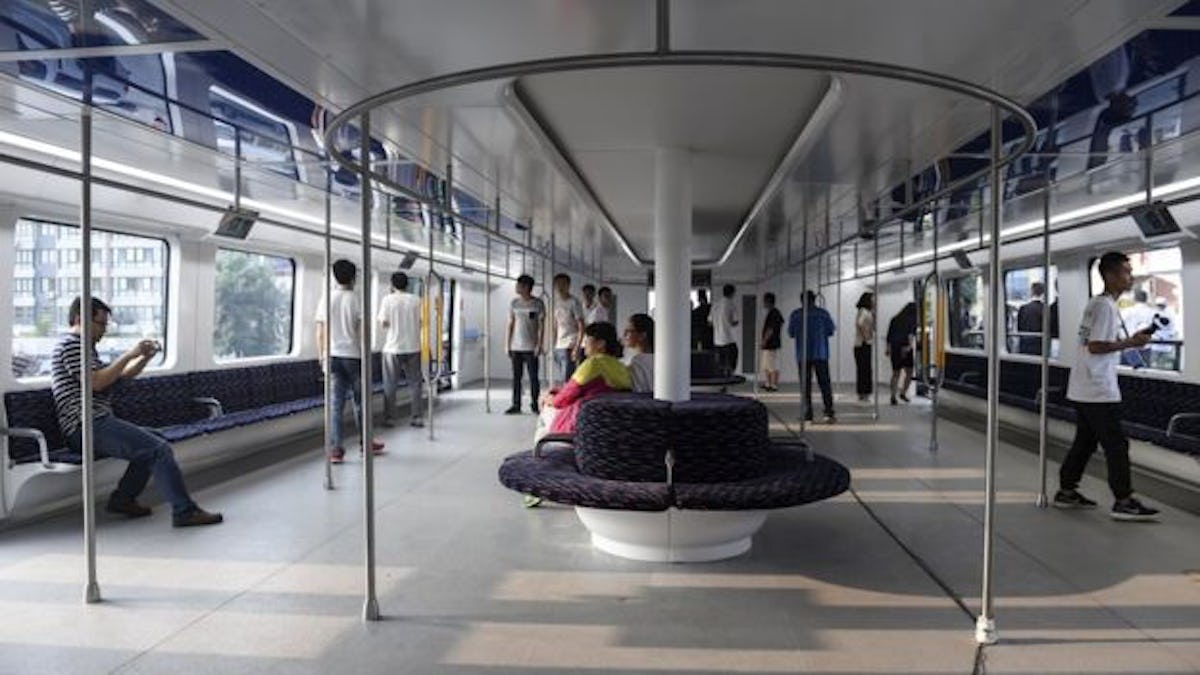 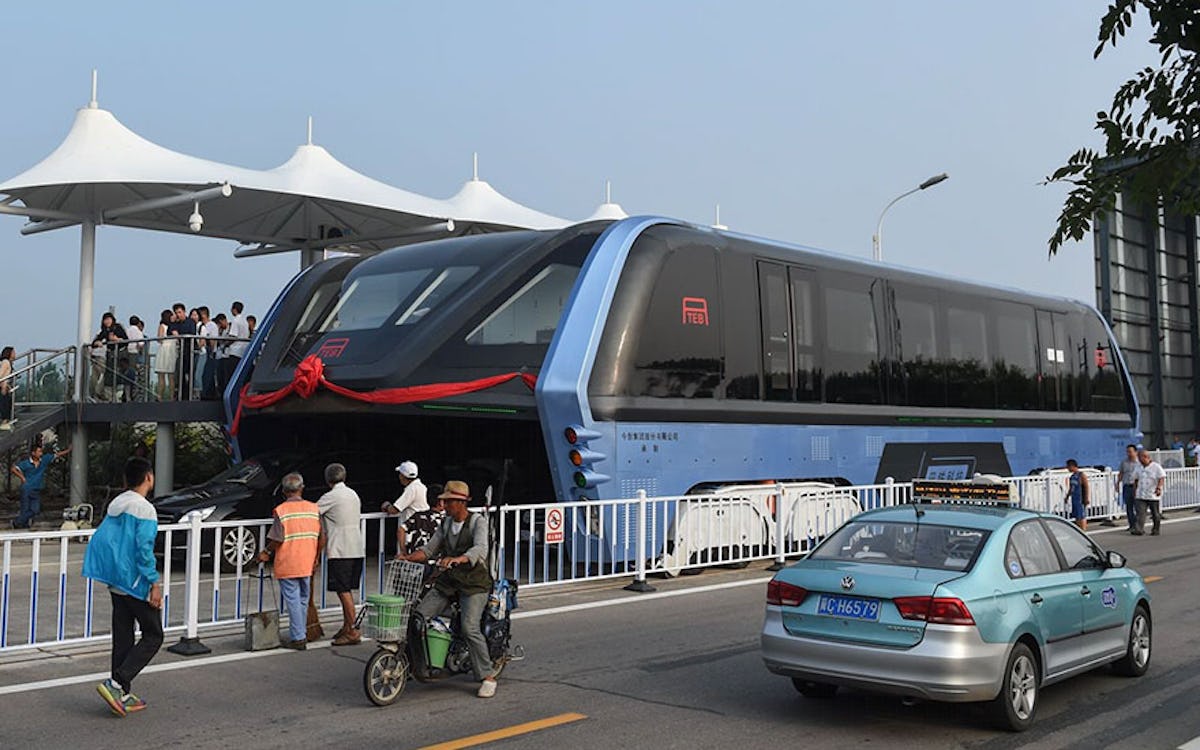 The whole thing is powered by electricity, about 72 feet long and 25 feet wide (so it can span multiple lanes of traffic), and can carry 300 passengers but future versions may carry 1500 people, say the designers. When fully operating it will travel at around 40 miles per hour, which is faster than travel in the typical congested city but there are issues such as whether pedestrians will be allowed to risk walking in front of its legs. Barriers prevent this in the trial. Brazil, France, India and Indonesia have reached out about potentially licensing their own versions of the TEB. Some may call it a train since it is a tracked vehicle that is not steered. Several others are attempting to reinvent the bus, including Tesla.
Meanwhile, IDTechEx considers the TEB to be an excellent invention though, ironically, buses - certainly double decker buses - will have to be banned from its routes, thus reducing the number of buses required by a city and the versatility and adaptability of the steered bus network. We expect to see them only on certain intensely used routes where they will move more people and do it faster. Problems will include road works and shocked drivers engulfed by it swerving into the legs. Probably nothing but cars will be allowed. The TEB must operate less than 24 hours a day so commercial vehicles, such as those carrying construction materials, can access the area in the downtime. Emergency services such as fire engines and ambulances must access the area via back streets which must be kept free, just as would be the case with a new railway.
For more see the new IDTechEx reports, Industrial and Commercial Electric Vehicles on Land 2016-2026, Electric Buses 2016-2026 and Batteries for Electric Buses 2016-2026. At IDTechEx Show! in Santa Clara California November 16-17 with eight parallel conferences and a 250 stand exhibition, BYD, Proterra, Microvast and IDTechEx will cover future electric buses in the conference, Electric Vehicles: Everything is Changing. 3500 paying delegates will again attend and there are 23 masterclasses on enabling technologies before and after the two day event.
Images source: New China
PrintForwardTweetLikePinredditShare
Previous
Next