2007826 Dr Peter Harrop
It was sad that the Food and Drug Administration backed off from urgently pushing through standards and rapid adoption of RFID at item level on drugs, after its earlier firm lead in 2005-6. However, its recommendation remains but with industry left to set the pace and sometimes using it to meet stringent new state laws on drug traceability in California and Florida, for example. For now, the US pharmaceutical industry and the FDA have decided that RFID is too expensive for general use and DataMatrix™ barcodes will do, although IDTechEx notes that these will be far more susceptible to misorientation, dirt and damage and often they will not be automatically read if only because they must be read one at a time. That means that checks on counterfeits by what is called "mass singulation" will be far less frequent than with RFID (mass singulation means every pot of pills and blisterpack has a unique number for reverse audit of "pedigree"). The European pharmaceutical associations have a similar view and Europe has a less effective regulatory regime anyway with no central alternative to the FDA. 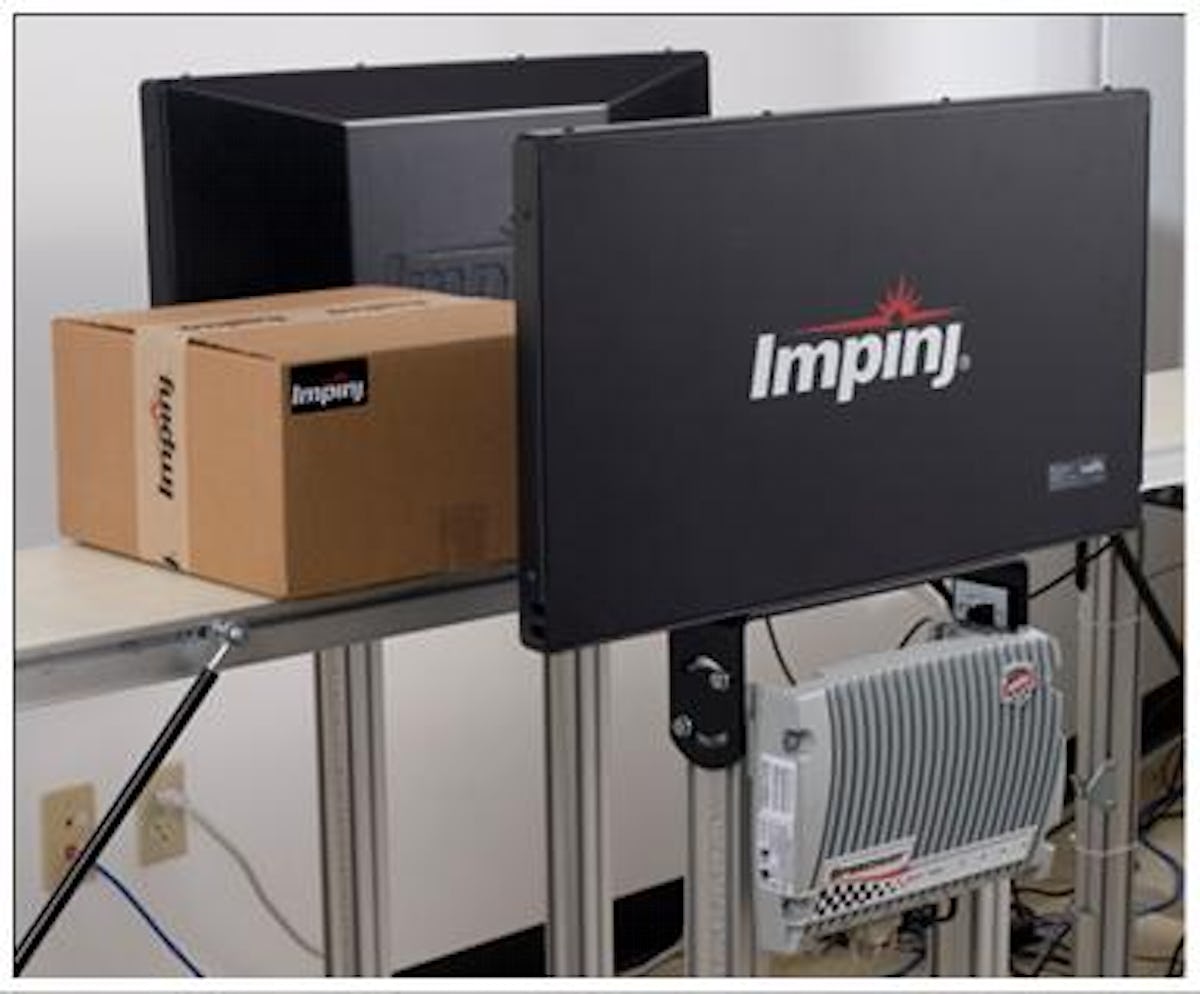 Guardwall™ Near Field UHF antenna by Impinj
At a recent IDTechEx conference, Impinj, the UHF RFID company, quoted the cost of pharmaceutical counterfeits as $75 billion worldwide by 2010 according to Frost and Sullivan. Impinj said that the recent Vioxx recall was 120% of tablets made. IDTechEx has seen reports that a few counterfeits have even been dispensed through national pharmacy chains in the USA. That is a new and ugly prospect and hundreds of thousands more lives are at stake as the attacks continue to increase. Health Industry Insights reports that 'Leaky' channel management costs the pharma industry 4.5% of revenue. Poor reconciliation of charge-backs, plus faulty product-returns crediting, are the sources.
To its credit, Impinj is trialling UHF RFID at pallet, case and item level with six out of the top ten pharmaceutical companies. Near Field UHF is increasingly used to save cost and avoid problems with water and metal. Tagsys is trialling HF RFID in similar applications with many pharmaceutical companies and recent press reports that GlaxoSmithKline is disillusioned with its RFID on Trizivir™ are plain wrong. GlaxoSmithKline says it is scaling up after excellent results. However, we do need a standard for both tag system and secure database. To its discredit, EPCglobal is taking years to establish a standard for EPC at HF, the world's most popular frequency for RFID, but it is getting there. Meanwhile, Impinj and others are able to use fully established EPC "Gen2" UHF standards and procedures and it reports 100% reads of plastic bottles of pills in cases and of the cases themselves.
Impinj partners include:
Printed antennas are feasible at both HF and UHF in RFID tags and printed logic will be available in due course, firstly at HF.
If you were unable to attend the event you can purchase the presentations and audio.
For more attend Printed Electronics USA.
PrintForwardTweetLikePinredditShare
Previous
Next