Jun 23, 2016 Dr Peter Harrop
The new IDTechEx report, Energy Harvesting: Off-grid Microwatt to Megawatt 2017-2027 tells a remarkable story of these twelve magnitudes of green electricity production. To be precise, Energy Harvesting (EH) is the production of off-grid electricity where it is needed using ambient energy. Energy harvesting is the clean part of what is popularly called "Off-grid Renewable Energy". Examples of EH sources: ultraviolet, visible light, infrared, movement - rotation or linear, friction, wind, wave, tide .......Dirty off-grid renewable energy is based on burning biofuels.
The characteristics of energy harvesting (clean off-grid renewable energy) are usually:
The difference between low and high power energy harvesting is arbitrary. Indeed, often the same technologies are popular at all powers. However, the distinction is useful to highlight some differences as shown below. 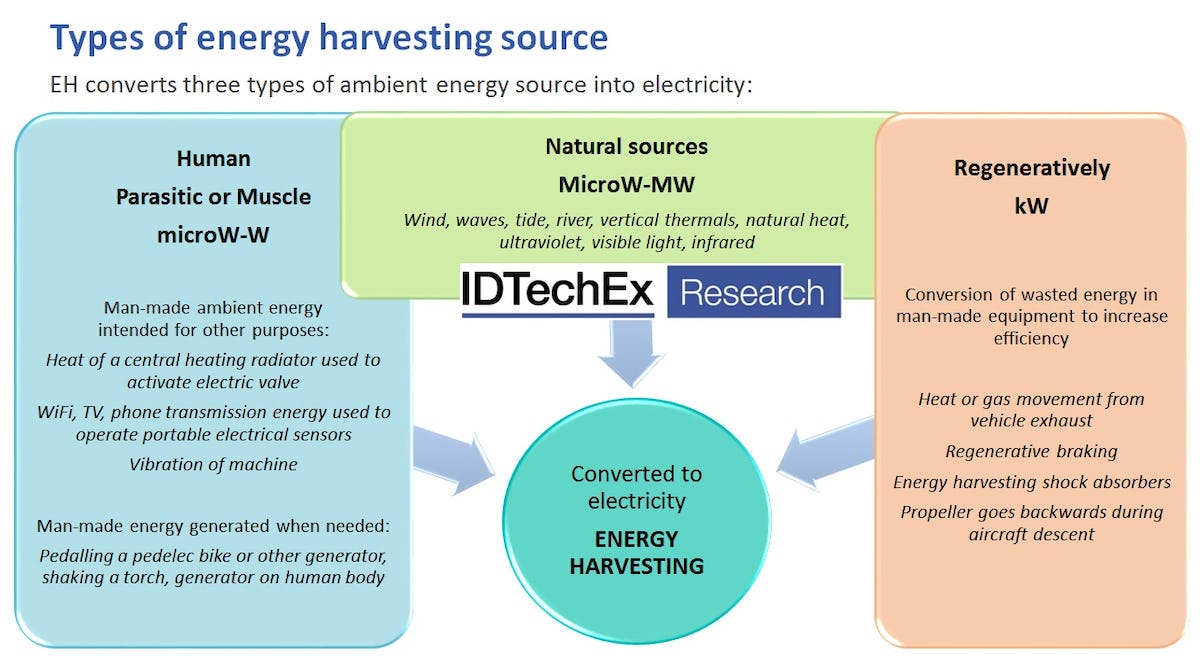 Energy Harvesting: Off-grid Microwatt to Megawatt 2017-2027 embraces making electricity from humans, wind, sun, waves, tide, thermals and other ambient sources where it is needed and with no pollution. It even covers regenerative harvesting as with a propeller going backwards as an aircraft descends and, for land vehicles, regenerative braking of wheels and construction vehicle arms, regenerative suspension, thermoelectrics, turbine in the exhaust and more.
Top image: Wikipedia
PrintForwardTweetLikePinredditShare
Previous
Next