LG Display invests over $900 million in flexible OLEDs. Why?

LG Display invests over $900 million in flexible OLEDs. Why?

Jul 24, 2015 Raghu Das
This week LG Display announced that it will invest One Trillion Won ($900 million) to build a flexible OLED display plant in Korea. This will be for a Gen 6 line with production starting in 2017. IDTechEx Research forecasts of plastic and flexible displays are consistent with this investment, as shown below. 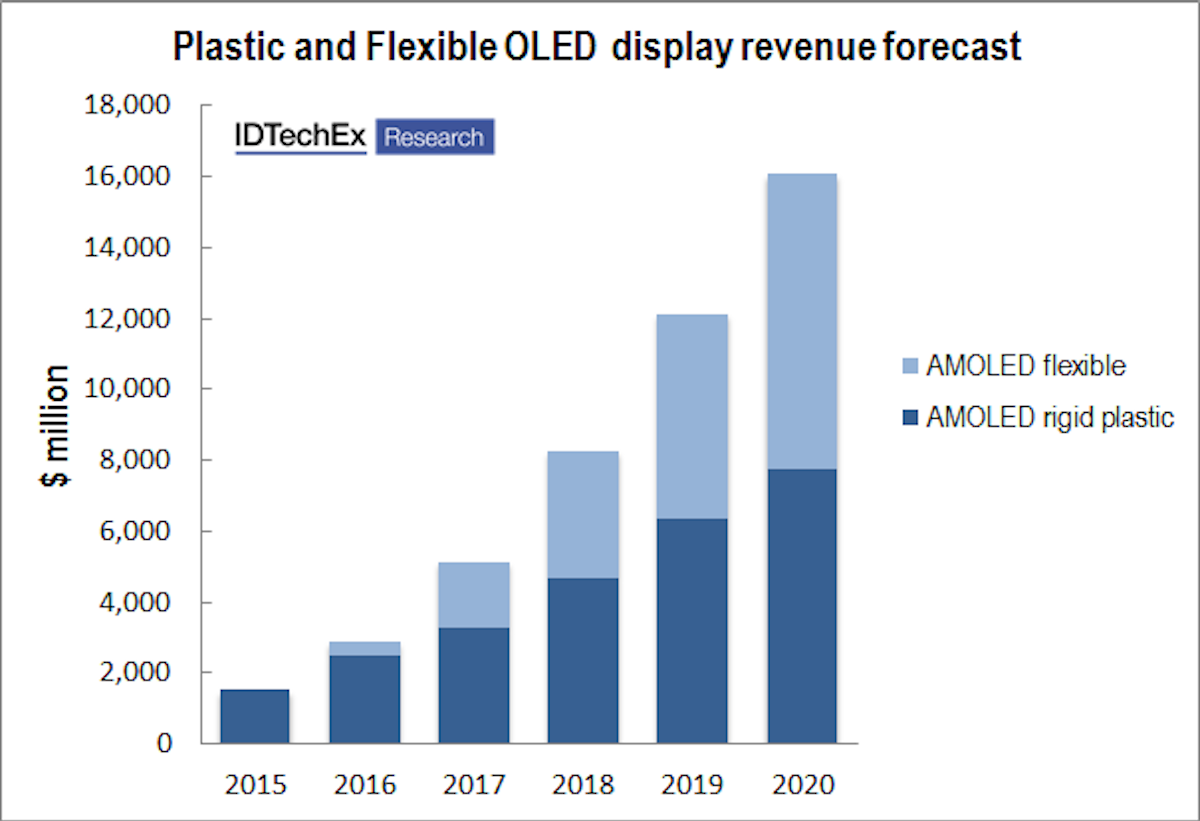 Source: IDTechEx report OLED Display Forecast 2015-2025: the Rise of Plastic and Flexible Displays
Samsung and LG are the top suppliers of OLED displays, mainly for smart phones and other consumer electronics devices with similar sized displays. OLED TV has not been successful quite yet, with Samsung seemingly more interested on quantum dot LCD TVs recently over OLED TV given the current yield and cost issues at large areas.
However, progress is rapid for smaller sized displays. In part, this is due to the impending impact of Chinese OLED display makers with production coming online en masse from early next year, driving the need to differentiate. More importantly, plastic OLED displays are more robust versus glass based versions and thinner, something that is increasingly wanted for devices such as smart watches - the Apple watch uses an OLED display on a plastic rather than a glass substrate. Then comes conformal displays (as already seen in some products such as phones with curved edges) and then flexible displays.
Beyond consumer electronics IDTechEx Research sees automotive as a strong target market for these displays, as cars feature more electronics and become huge infotainment hubs, where plastic displays are not only lighter but also provide distinguished aesthetics if conformal and very high visual performance.
Who will benefit
Obvious beneficiaries of this investment include relevant material and equipment suppliers of course but also others involved more indirectly will also be pleased. For example, curved or flexible displays will require transparent conductive films that can be flexible, particularly for the touch element. That includes companies working on nanowires, metal mesh, carbon nanotubes, PEDOT and other technologies. Then there are those supplying flexible barrier films or barrier film deposition equipment, including where relevant appropriate adhesives.
Read the full analysis from IDTechEx Research in the aptly named report OLED Display Forecast 2015-2025: the Rise of Plastic and Flexible Displays.
PrintForwardTweetLikePinredditShare
Previous
Next