With NFC phones, the telcos have nearly all the power and they have often failed to seek a mutuality of benefit with others in the value chain. That has meant that very few NFC enabled phones have been made available, banks are cautious about letting their cards be mimicked by the phones and transport operators are cautious about the ticketing option being loaded. As in retail RFID, they can cite technical problems for delay because telcos prefer NFC to be loaded on the SIM and that standard is not quite ready. There are also issues such as the capacity of the SIM cards.

It will all be resolved in due course. The wealth of value added services in prospect for the telcos will see to that but, as with retail RFID, the speed of progress will depend on how much mutuality of benefit is allowed to emerge. At least there is a role model of success. The telco NTT DoCoMo is behind the early success of the Japanese phones now commonly used for shop purchases and ticketing. It struck realistic deals, including emulating the Suica stored value card held by 22 million people.
All was not perfect. The railway function was difficult to download and the railway company JREast initially required purchase through its own card. Japan is now seeing next generation trials and rollouts such as use of its new Ubiquitous Product Code on mobile phones for managing supplies and assets and use of the phones for secure access to buildings. Some of the foreign trials explore other innovations such as down loading transport applications in Germany simply by holding the phone near a passive RFID tag, say on a ticket machine. But many telcos have to practice mutuality of benefit before real progress is made. That seems likely soon in China and Korea, for example, and rollout there will be aided by existing huge infrastructure for contactless cards and tickets. All those barriers and readers will read the phones. 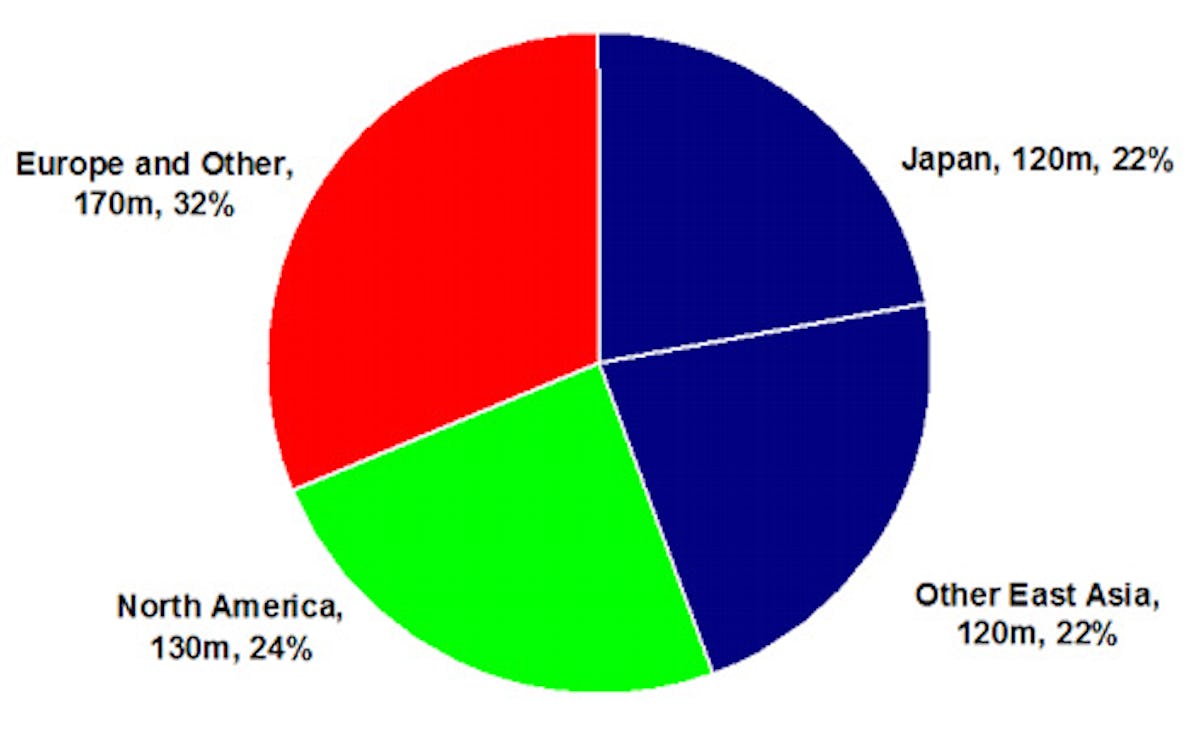 Phones do not kill cards

So, as the NFC proponents get their act together, will the business in contactless (ie RFID) smart cards and tickets come to a halt? The answer is no, mainly because the cards and tickets serve many purposes that mobile phones are unlikely to serve and other people are in the driving seat. For example, reloading a national ID card or driving license card on your new phone every year is not worth the hassle if you can, as now, keep the card version for ten years. Indeed, it may not be permitted by the authorities. A more detailed comparison below shows how all these media have their own fast growth path ahead, with minimal competition, beyond financial cards possibly being impacted by preference to load them on phones in later years. Both cards and phones are now capable of high speed transactions at up to 424 kb/s but other functional differences drive the largely divergent applications. 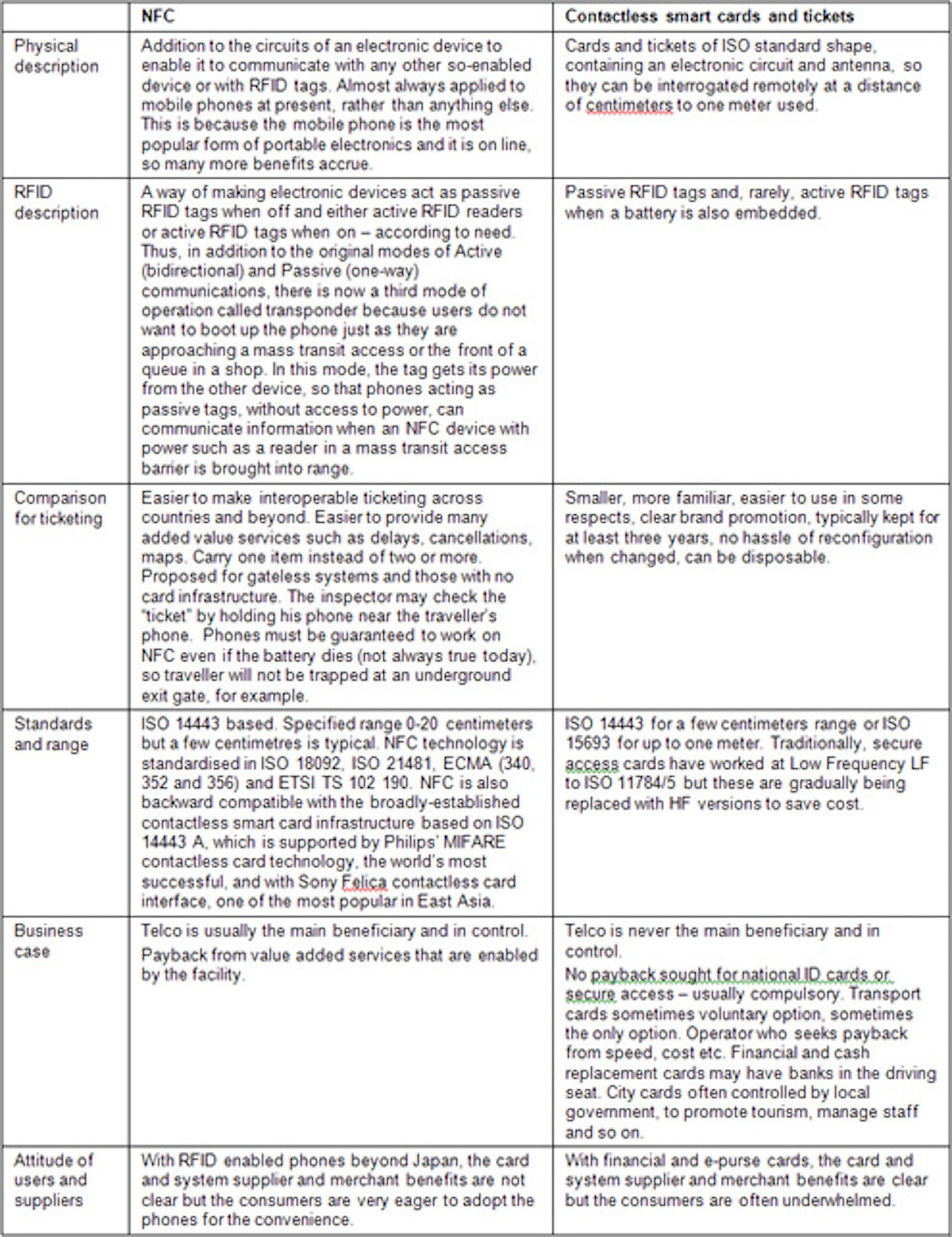 In its major new report "NFC Mobile Phones and Contactless Smart Cards 2008-2018", IDTechEx explores the many new technologies coming along such as printed transistor circuits replacing the chip in tickets and later cards, with up to 90% cost reduction emerging and a huge increase in sales resulting from that. A large number of contactless card and ticket schemes and their suppliers across the world are analysed and the lessons of success and failure are revealed. IDTechEx explains why a $4 billion business in contactless cards and tickets and their systems will emerge in 2018 and details the elements of that business. Ten year forecasts are given for all these devices and systems. We give the applications they are used in; split by territory; number of units; average unit price; total value of tags; total value of system (including interrogators, software, networking, installation) and much more. See www.IDTechEx.com/nfc for full details.
PrintForwardTweetLikePinredditShare
Previous
Next