2010年7月22天 Raghu Das
IDTechEx has recently completed its survey of the global RFID industry which provides detailed market forecasts segmented in many different ways. In this article, report author Raghu Das summarizes some of the findings from the report "RFID Forecasts, Players & Opportunities 2011-2021".
In 2010 IDTechEx find that the value of the entire RFID market will be $5.63 billion, up from $5.03 billion in 2009. This includes tags, readers and software/services for RFID cards, labels, fobs and all other form factors.
In total, 2.31 billion tags will be sold this year, up from 1.98 billion in 2009. Most of the growth in this period is due to an increase in use of passive UHF tags. For passive UHF tags, the biggest category of use is asset tracking in many closed loop systems. Such applications typically use tens of thousands of tags and more; and, rarely, a million tags or more. The paybacks of these applications are very strong but the numbers of tags is relatively small per case study. Out of this is arising apparel tagging. The UK retailer Marks & Spencer still lead the way and will use almost 200 million UHF tags alone this year, but their success in this sector has not gone unnoticed and many others are on their way to large deployments. In total, IDTechEx find that in 2009 550 million passive UHF tags were sold, rising to at least 800 million in 2010. Indeed, IDTechEx is aware that two passive UHF tag suppliers have increased their prices for the first time in many years this year and they are installing extra capacity.
However, the biggest spenders are still governments, who are able to implement large RFID schemes such as animal tagging, transit ticketing, people identification etc where the paybacks are typically greater efficiency and improved safety. Rapid ROI is less of a concern for them. Well managed suppliers to these sectors operate profitably. For example, in 2010 178 million tags will be used for animal and pet identification, at an average tag cost of 97 US cents each.
The market for all RFID interrogators grows from $0.92 billion in 2010 to $4.99 billion in 2021. 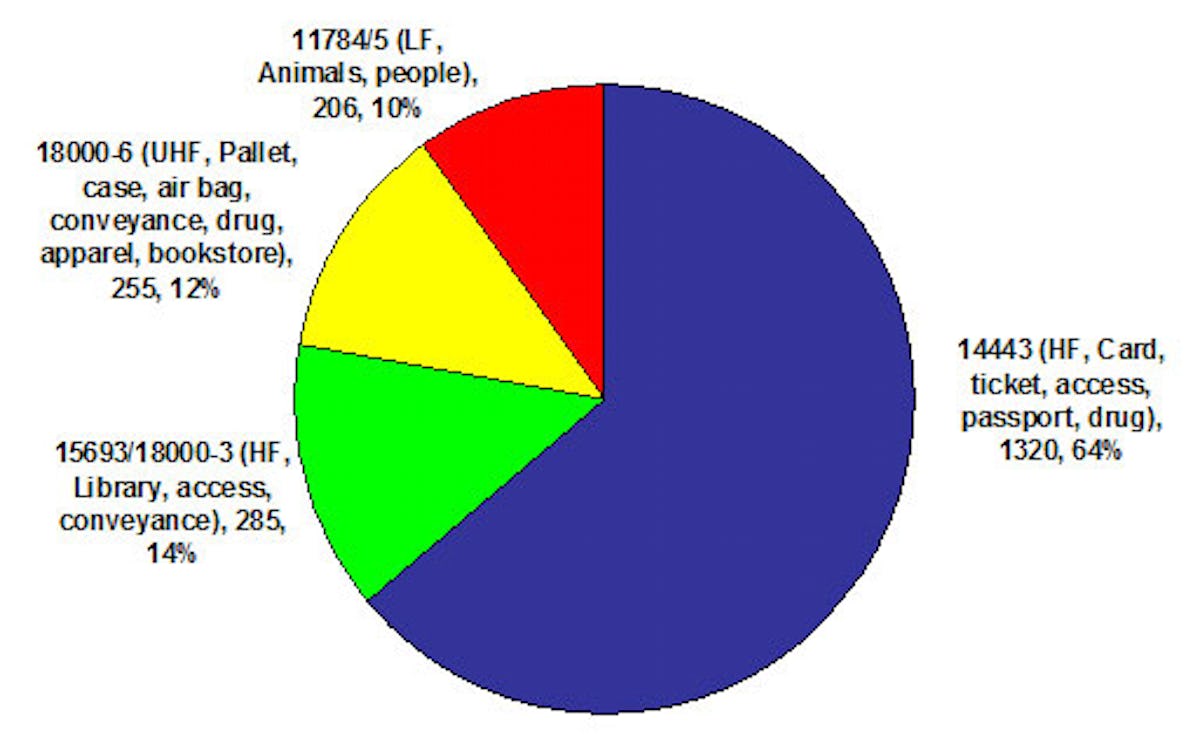 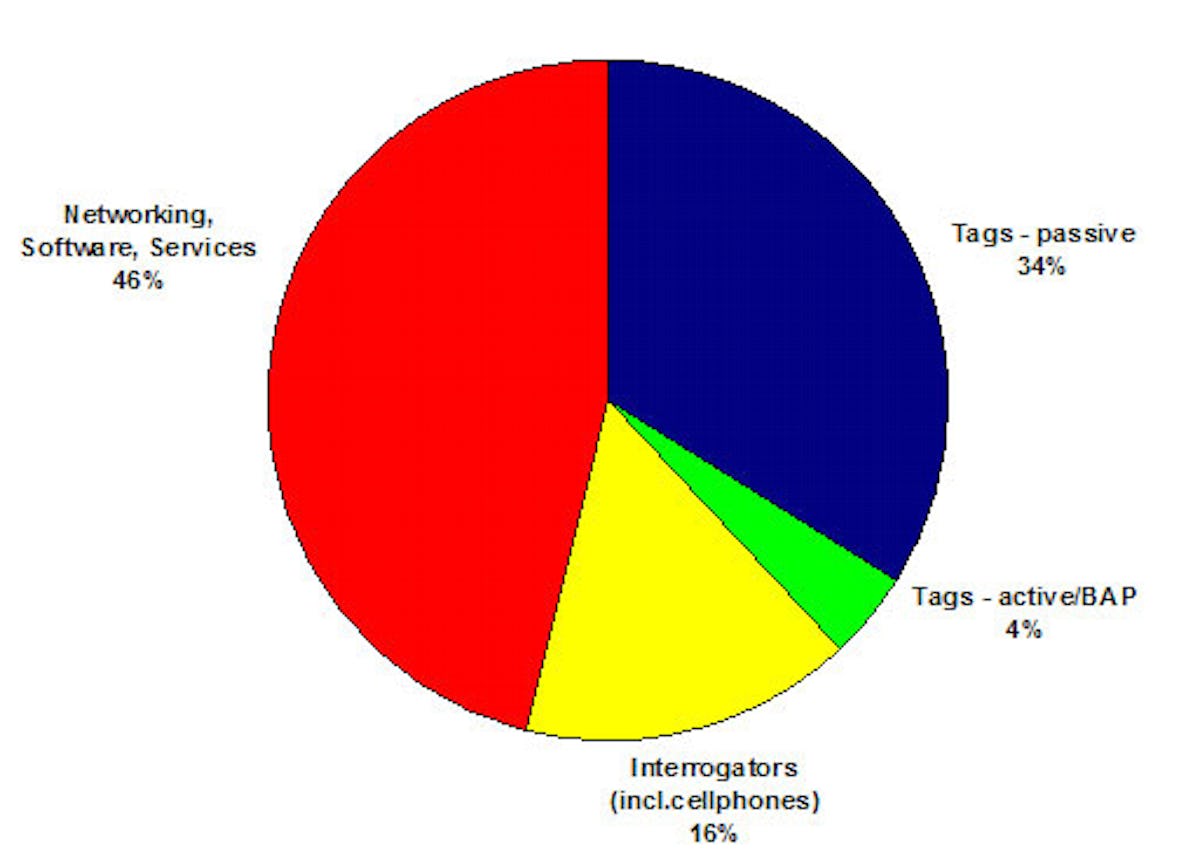