2012年5月4天 Dr Peter Harrop
This article shares some of the research carried out for the new IDTechEx report, Electrochemical Double Layer Capacitors: Supercapacitors 2013-2023.
Their metal electrodes are covered in very porous activated carbon traditionally made from coconut shells but increasingly made from aerogel carbon, other nano-carbon or even graphene or carbon nanotubes. In between these electrodes is a porous separator to keep the electrodes apart when wound into a spiral. This is soaked in an electrolyte, some advanced forms of supercapacitor having a solid electrolyte. The sister product is the Asymmetric Electrochemical Double Layer Capacitors AEDLC better known as supercabatteries. These have one battery-like electrode, so some of the good features of batteries are exhibited and the capacitance is more because there are no longer two double layers in series. The simplicity of these sandwich constructions belies their increasingly massive impact on most forms of electronics and electrical engineering.
Where supercapacitors fit in the marketplace 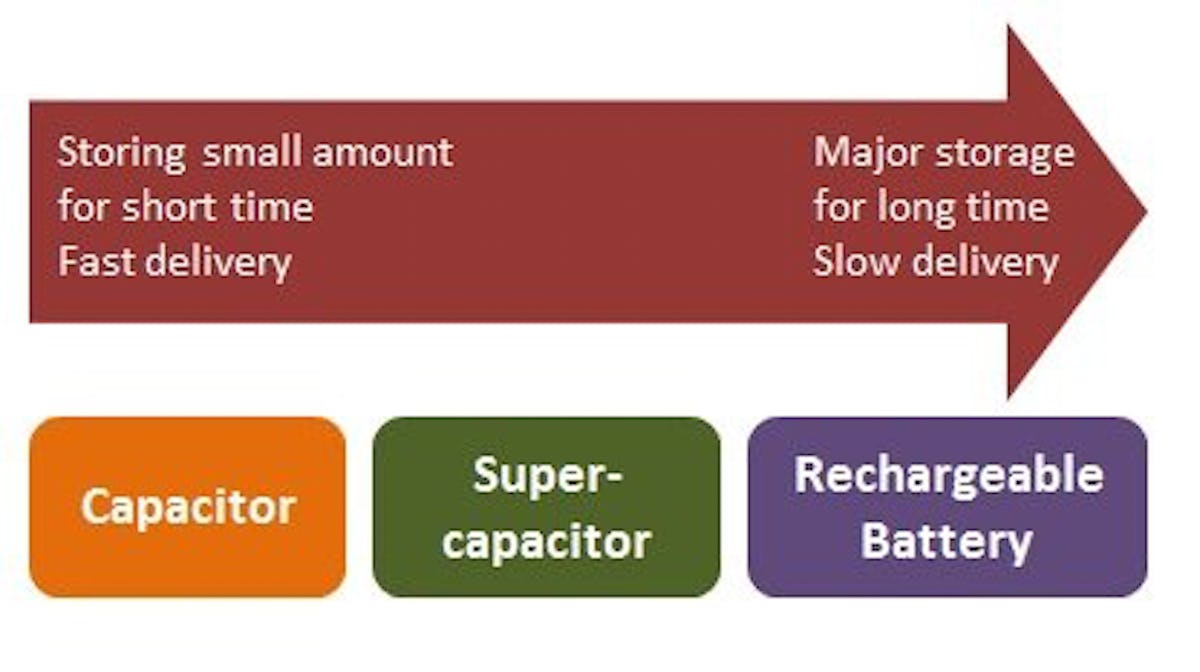 Source: IDTechEx www.IDTechEx.com/EDLC
They replace batteries in uninterruptible power supplies right up to trucks. For example up to three lead-acid batteries in a truck are replaced by identical-looking supercapacitors to give superb cold starting instead of the all-too-familiar no starting at all on a cold day.
They make the bus doors work when the power goes down: they make the regenerative brakes work when a hybrid car loses its electrics. In the USA, Russia and China, there are buses with no traction batteries, all the work being done by supercapacitors.
General Electric has developed a pickup truck with a supercapacitor replacing the battery and something similar has occurred in some missiles, toys and power tools. Trials in Australia showed supercapacitors to be superior to lead-acid batteries in wind turbines. All that was achieved without the energy density of supercapacitors approaching that of lead-acid batteries.
It is now obvious that supercapacitors will be one of the very big nails in the coffin of lead acid batteries over the next few years, yet that is only part of the story as their parameters are being improved faster than the competition. Suppliers such as Elbit Systems, Graphene Energy, Nanotech Instruments and Skeleton Technologies now claim to meet or exceed the energy density of lead-acid batteries with their supercapacitors and supercabatteries, some of which can theoretically match lithium-ion energy density one day while retaining vastly superior characteristics in other respects.
Yet supercapacitors are an aspect of electronics and electrical engineering that is curiously neglected or talked down by the press, investors, potential suppliers and others living in the past despite a multi-billion dollar market rapidly emerging. For example, for land, water and airborne electric vehicles, there are about 200 serious traction motor manufacturers and 110 serious traction battery suppliers compared to just a few supercapacitor manufacturers making the types needed. In all, there are no more than 66 significant supercapacitor manufacturers in the world (we profile them) with most concentrating on the easier small ones for consumer electronics such as power backup that are not the largest part of the value market.
66 manufacturers and putative manufacturers of supercapacitors / supercabatteries % by region 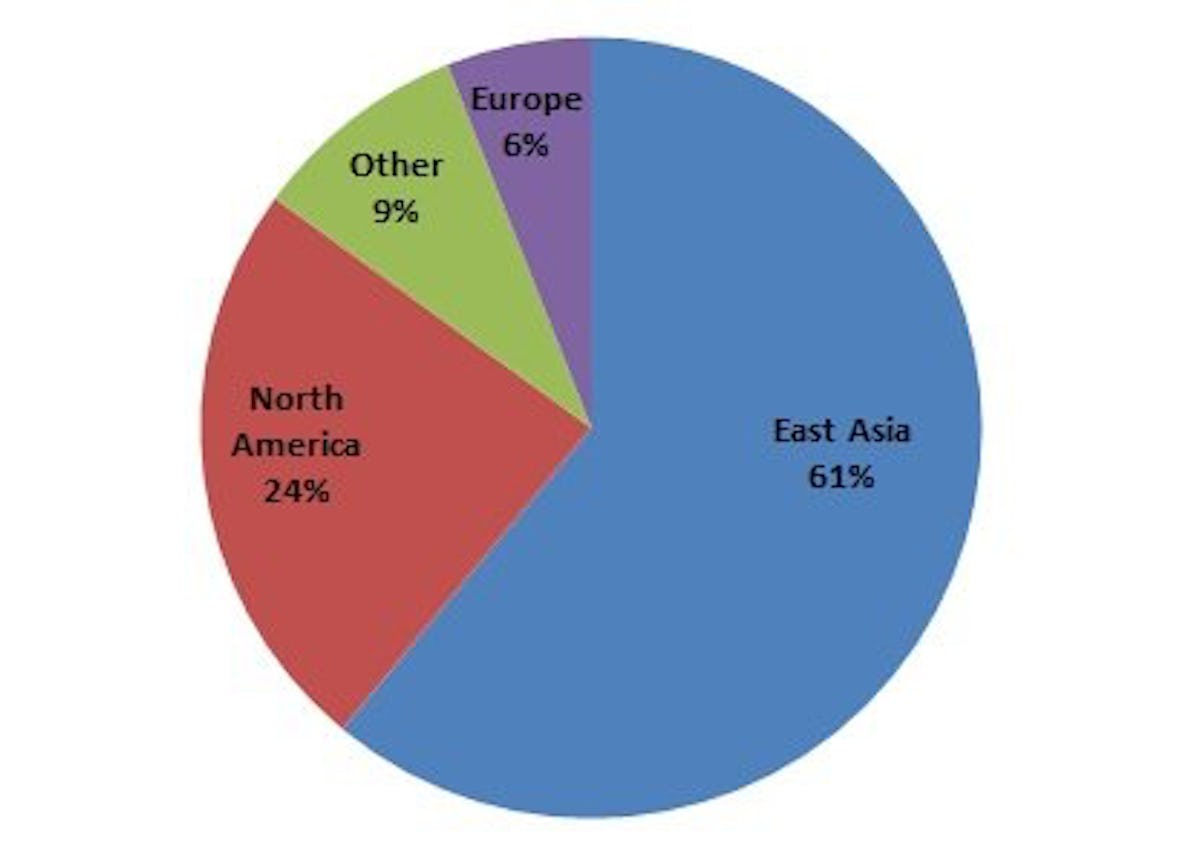