Nov 23, 2022 Yulin Wang
Can Agricultural Robots Reverse the Trends of Water Resource Shortage and Climate Change?
As an important natural resource, water plays an irreplaceable role in people's daily life. Nowadays, water consumption in many regions is under "high stress". Many countries are already experiencing water scarcity, and it is expected that more countries will face a reduced availability of surface water resources by 2050. While water scarcity is becoming more and more severe, the overuse of chemicals in the agriculture industry also exacerbates the pollution of water resources, thereby leading to the decline of biodiversity, along with a series of social and environmental problems such as greenhouse gas emissions and eutrophication. As outlined in IDTechEx's recent research "Agricultural Robots and Drones 2022-2032: Technologies, Markets & Players", agricultural robots can be a potential solution.
As one of the main users of water resources and chemicals/fertilizers, the agricultural industry has been using more and more pesticides during the past three decades to meet the increasing demand for food. However, as people become more aware of the environmental impacts of pesticides, the regulations around pesticides are getting harsher. To reduce the excessive use of chemicals and their subsequent negative impacts, precision agriculture has become more and more trendy. With improving technology, farming is gradually moving away from the indiscriminate constant rate approach that historically dominated agriculture towards using a variable rate technology approach, where a field is divided into a series of patches, and each patch is treated differently according to what farm analytics dictates. To achieve precision agriculture, the technology used is required to deliver exactly what is needed to individual crops/regions of growing space rather than applying the same input to the entire area. Meanwhile, with the disruption of the supply chain, chemicals and fertilizers have become increasingly pricy, encouraging farmers to maximize their resource use and avoid the overuse of chemicals, for example, through mechanical weeding or precise control of the chemical use of each individual plant.
Because precision agriculture technology needs a large amount of data collected from plants and crops, it is almost impossible for human beings to collect manually. Meanwhile, the accurate application of chemicals or mechanical weeding also needs precise control, which makes it an ideal use case for automation. Therefore, in order to apply precision agriculture, the use of automation via robots becomes a feasible solution.
Weed control is one of the most common applications for agricultural robots. Weed removal is a key agricultural task critical for obtaining high yields. In its most basic form, weeding involves a laborer manually eliminating weeds with a hoe or sprayer. Large-scale spraying of herbicides in a constant rate approach is currently the dominant model. The area of the field often determines the rate of spraying, and therefore agrochemicals are often over-applied, leading to unnecessary costs for farmers and accelerating the growth of herbicide resistance. A precision agriculture approach can help overcome these challenges. The first step towards this is a variable rate approach that uses geolocation and farm mapping alongside GPS-enabled variable-rate sprayers to vary the spraying rate/volume according to the needs of a patch/crop. This approach has begun gaining traction in recent years, particularly as technology such as aerial drones and variable rate sprayers become more accessible. Agricultural robotics further enable a precision agriculture approach, using computer vision and weed detection algorithms to identify weeds and remove them either mechanically or chemically. IDTechEx's research shows that the market size of weeding robots was around US$22 million in 2021, and it is expected to have an 11-fold increase in the upcoming five years.
Spraying with drones (UAVs or ground vehicles) is one of the most popular approaches for precise weed control. Autonomous spraying uses machine vision and deep learning. The cameras (usually mounted on the spraying systems) can detect and accurately locate weeds and precisely control the spray amount. Robotic spraying can significantly increase efficiency. Some researchers claim that when using drones, crop spraying can be completed up to five times faster than traditional methods (due to the high autonomous mobility mentioned in the previous section) while also reducing human risk from chemicals, improving precision through variable usage of chemicals throughout a field, and reducing chemical penetration into groundwater sources. 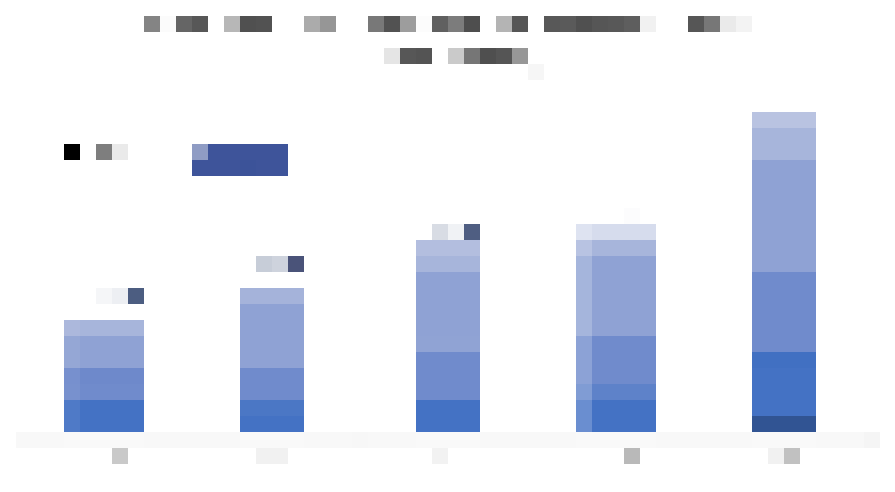 Market size of agricultural drones and weeding robots. Source: IDTechEx
Nevertheless, despite these benefits, agricultural drones also have a series of limitations, including the associated regulations. For instance, in the UK, spraying with drones is prevented from being widely used, as the spraying products are not licensed to be applied in the air. However, this does not indicate that the technology will disappear, as agricultural drones can be used for many other tasks (e.g. watering, inspection, terrain mapping, etc.). Thanks to their capabilities for managing difficult terrain, IDTechEx believes that agricultural drones will have a fast increase in sales. IDTechEx believes that weeding with drones is one of the fastest-growing applications, and we conclude that there is a fast increase in sales, with the demand increasing 8-fold over the next ten years. More details of regulations and drivers of agricultural drones are introduced in IDTechEx's report, "Agricultural Robots and Drones 2022-2032: Technologies, Markets & Players".
PrintForwardTweetLikePinredditShare
Previous
Next