Nov 29, 2019 Dr Michael Dent
The idea of growing meat outside an animal has been around for a long time. In 1931, Winston Churchill wrote that by the 1980s "we shall escape the absurdity of growing a whole chicken in order to eat the breast or wing, by growing these parts separately under a suitable medium." Although his timing was off by four decades, his predictions are beginning to materialise as the world looks for new ways to feed its burgeoning population whilst overcoming the environmental problems of conventional animal agriculture.
In 2013, Dr Mark Post of Maastricht University cooked and ate the first synthetic burger grown from cultured animal cells in front of a room full of journalists in London. Since then, the field of cultured meat, or "clean meat", has grown rapidly as start-ups worldwide compete to be the first company to bring a cultured meat product to market, with companies such as Memphis Meats, JUST and Aleph Farms demonstrating prototype products. But when will the first products be ready? And will a lab grown steak be finding its way to our tables any time soon? The latest IDTechEx report, Plant-based and cultured meat 2020-2030: technologies, markets and forecasts in novel meat replacements by Dr Michael Dent, combines in-depth analysis of the science and technology within the field with industry understanding to explore the future of cultured meat, comparing it with plant-based meat, which has experienced a similar surge in publicity in recent years. 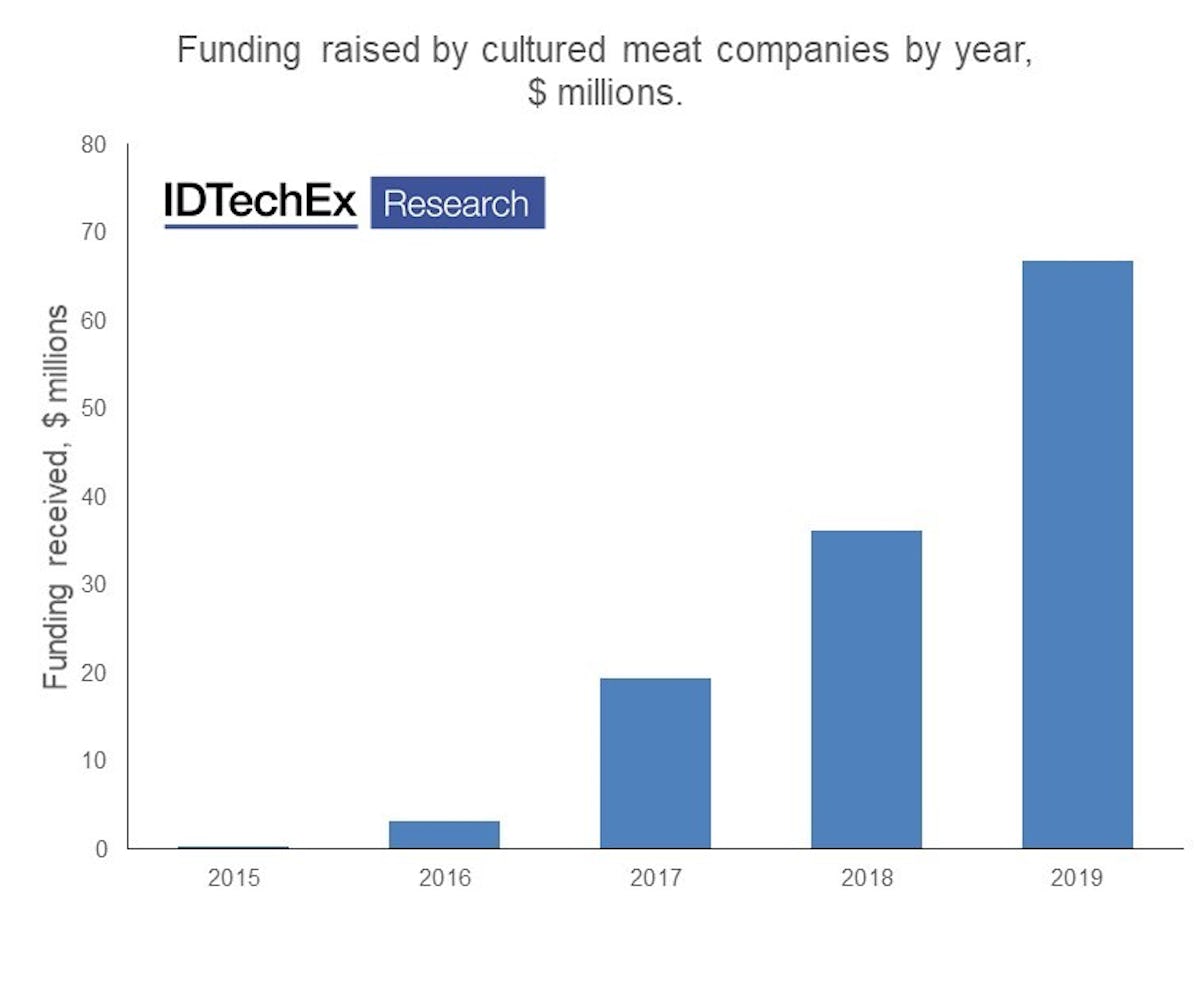