May 26, 2017
Agriculture is one of the world's least digitized major industries. This is however all about to change. Indeed, data acquisition and analytics companies are already a hot topic, and as such are subject to growing capital investments. This trend is captured in the figure below.
Agricultural robots can also be seen as a part of this picture: they are data acquisition tools at heat. Today, many agricultural robotic companies are graduating into the market and are in the process are transforming the value chain of agriculture. This trend is analysed in the IDTechEx report on Agricultural Robots and Drones 2017-2027: Technologies, Markets, Players 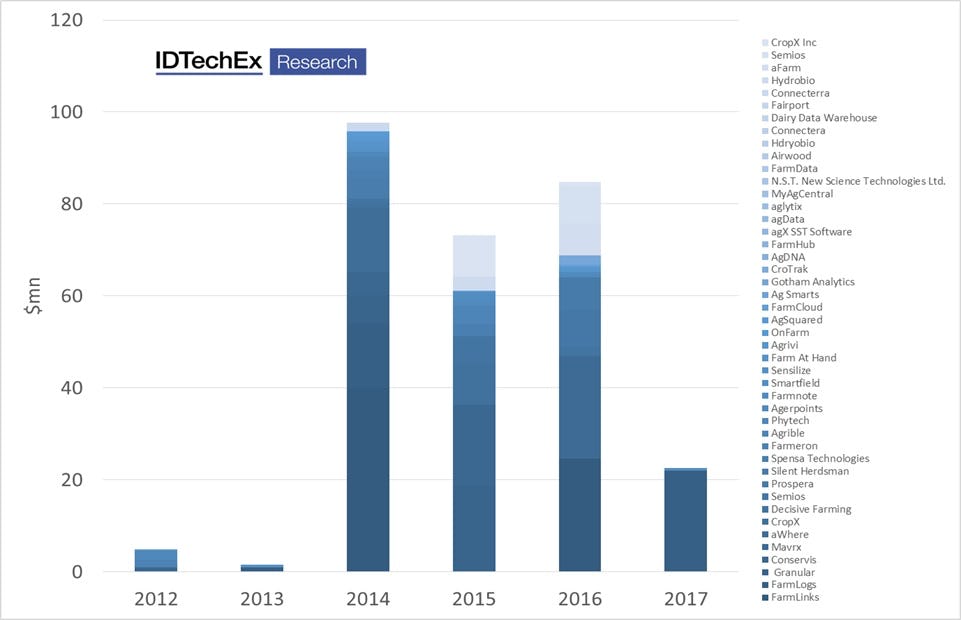 This data shows the investment in nearly 40 select farm data management and analytics companies. Evidently, interest in the past three years has risen. Note that some companies are yet to raise funds. Note that we excluded FarmEdge which raised $120m in 2016 since it was significantly more than data analytics. Further note that many drone and all agriculture robotic are excluded. Acquisitions are also not included. For more details contact us or refer to Agricultural Robots and Drones 2017-2027: Technologies, Markets, Players . Source: IDTechEx Research
Contrary to common perceptions, agricultural is in some areas at the forefront of technology adoption. Take autonomous driving as an example: GPS-enabled autonomous tractors have been in use for years in farming. Indeed, our report Agricultural Robots and Drones 2017-2027: Technologies, Markets, Players predicts that the number of GPS-enabled assets in farming will rise to nearly 1mn by 2024. To set this in context, this figure was only 107k in 2006 and was nearly 430k in 2016 (this includes autosteer, tractor guidance, VRT equipment).
In fact, when we take the long-view, we can see the agricultural machinery has dramatically evolved over the past century. This development is also shown below. Interestingly, as in other industries, the time is now ripe for further automation as cost of sensing and data processing has fallen in recent decades. IDTechEx forecasts in Agricultural Robots and Drones 2017-2027: Technologies, Markets, Players that agricultural robots will become a $12bn industry by 2027*. 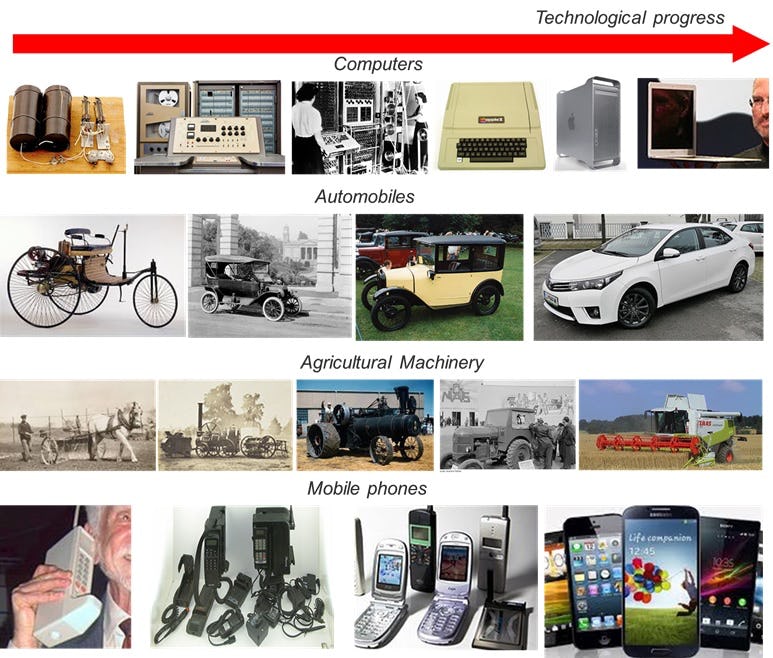 Source: IDTechEx Research
Despite the strong progress on the machinery side, data and analytics still play a minimal role in traditional agriculture. Of course, data has been extensively used in R&D particularly when it comes to advanced seed and agrochemical production. Nonetheless, it is yet to propagate at scale into farming itself.

This is however on the cusp of change. Agricultural robots and drones will help drive this transformation. Here, sensor-equipped agricultural robots will autonomously navigate through farms, continuously building up a detailed spatial map of data about specific plants.
To enable this, however, agricultural machinery may have to undergo a fundamental transfiguration: large, fast, and heavy manned machine may have to be replaced with small, slow, and light autonomous robots.
We are at the beginning of the beginning of this change. Indeed, there are numerous early-stage companies/projects or research groups who are developing such robots. Some examples are shown in the picture below. Surprisingly, many are already in commercial mode having sold hundreds of such agricultural robots. For more information, please refer to our report Agricultural Robots and Drones 2017-2027: Technologies, Markets, Players
In parallel to agricultural robotic, wireless sensing networks are also finding a receptive market in agriculture. The two technologies are however complementary. In general, agricultural robotics can help increase the resolution of the data, elevating the precision levels from a specific farm patch towards specific plants. Furthermore, robots intrinsically extend beyond just data acquisition tool in that they can also carry out precision agriculture through site- or plant-specific actions such as precision seed-planting, spraying, weeding, nutrient feeding, and so on.
For more information about the emerging world of agricultural robotics please refer to Agricultural Robots and Drones 2017-2027: Technologies, Markets, Players . This report provides with a detailed overview of the latest progress on all manners of mobile agriculture robots, on autonomous agricultural vehicles, on robotic fresh fruit picking, on agricultural drones, and so on. It provides detailed technology assessments, interview-based company profiles, and granular segmented ten-year market forecasts. 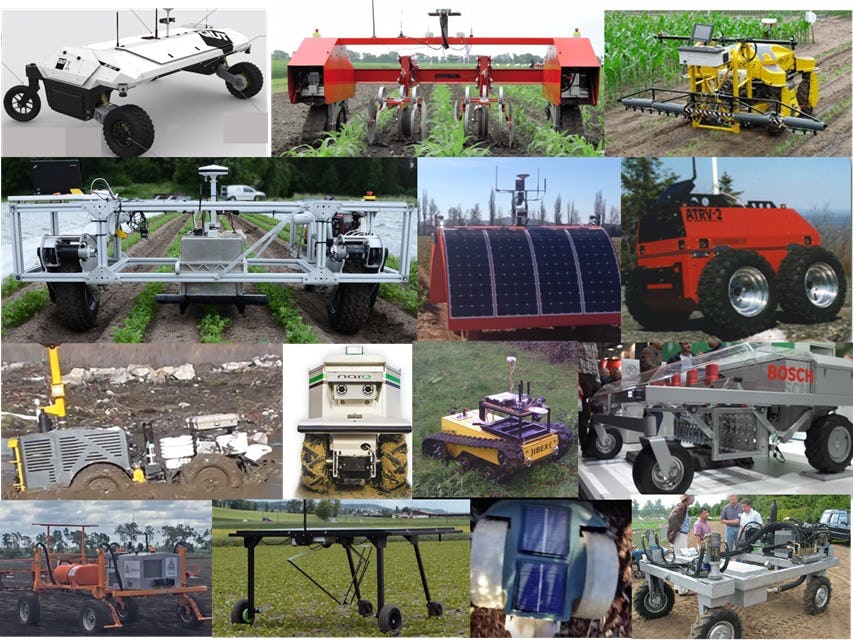