Jun 18, 2015 Dr Peter Harrop
There is healthy disagreement among everyone concerning the optimal products, with some going to grid applications first then planning off-grid or, like Makani, looking only at on-grid. Ampyx, solely directed at on-grid, is envisaging over 10 MW per square kilometre with arrays of craft, each one quarter of the size of the equivalent air turbine. It was claimed that wind turbines actually need one tonne of concrete and steel to serve the power needs of one individual. That said, Ampyx acknowledged that AWE is no different from other new energy technologies in needing $60-120 million to get a project going. 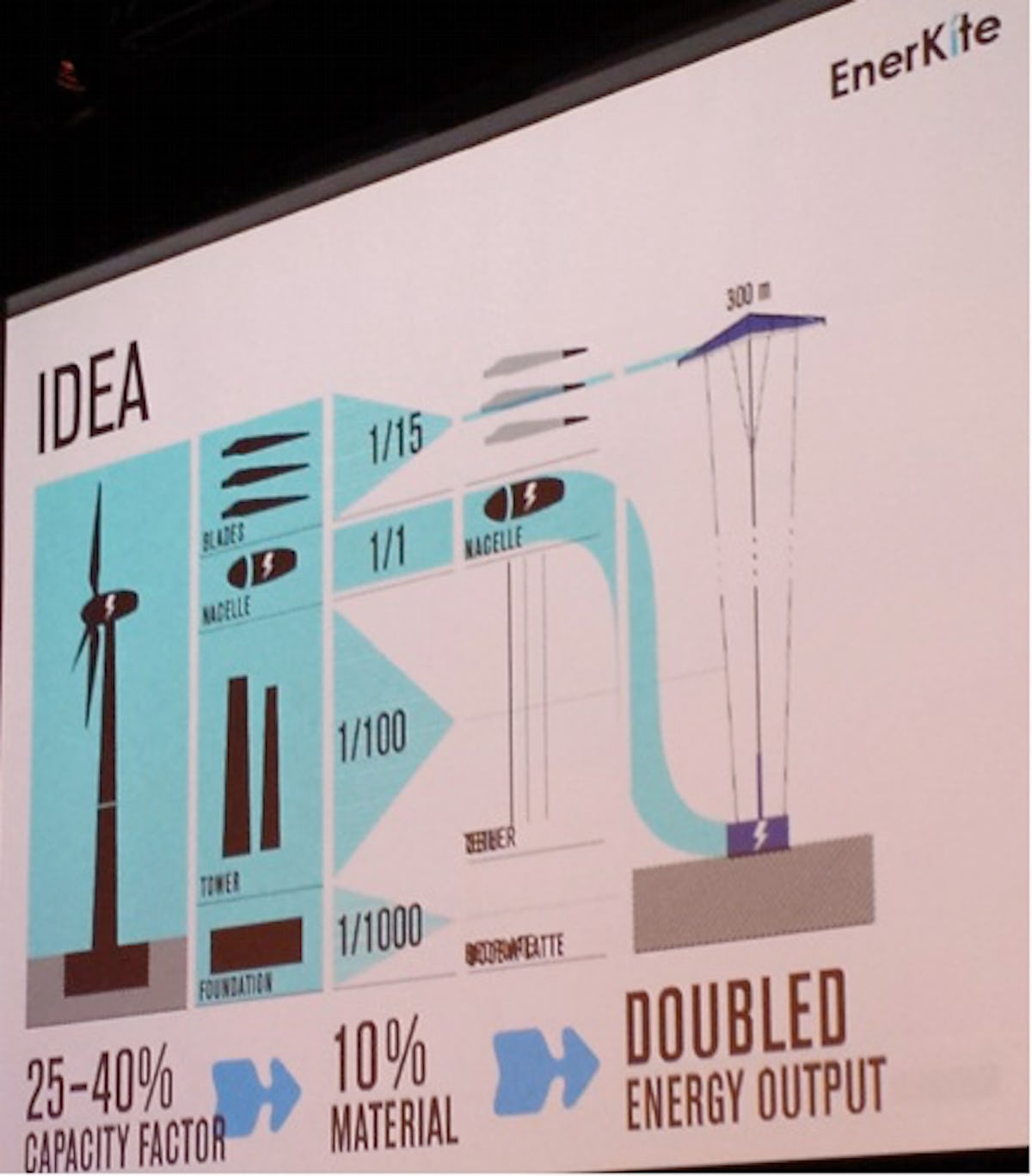 Altaeros airborne wind turbines are at a typical starter level of 30 kW but unusually they see off- and on-grid applications as equally attractive. Kitemill, seeking to replace diesel off-grid and many others now plump for rigid craft as more controllable but the Technical University of Delft was one of several with essentially sail kites here intended for greater height than most alternatives: 300-600 meters giving 10 kW. Enerkite soft kites will be at 300 meters in 2019 versions. There was even a bit of work reported on inflatable spinning kites and calculations on non-tethered craft and one backer of autogiros. 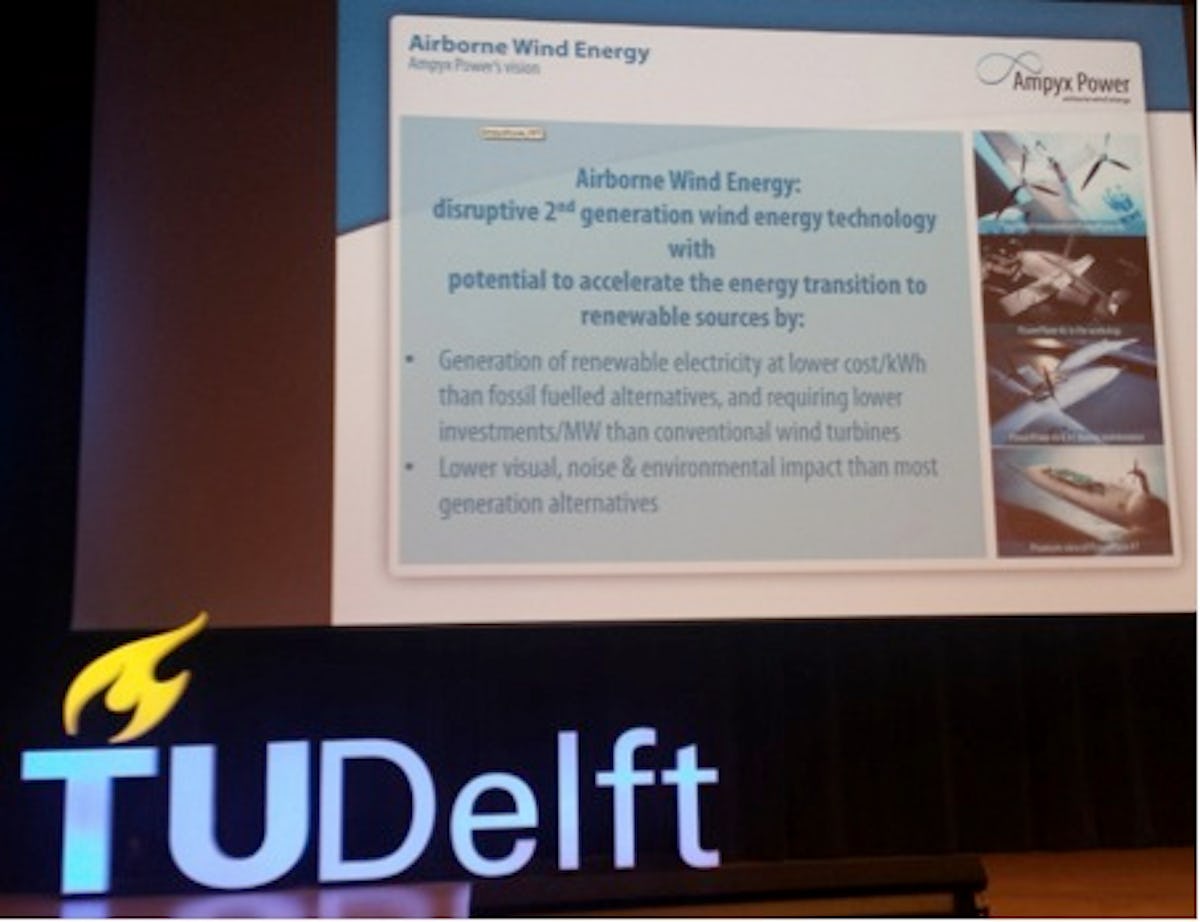 Commercialisation targets were often surprisingly short with eWind saying 2017, Makani telling IDTechEx that they will have a viable electricity generating business proposition for users within one to two years and profit for Makani some time later. However, Ampyx described a 20 year timescale for full deployment based on experience with other technologies. 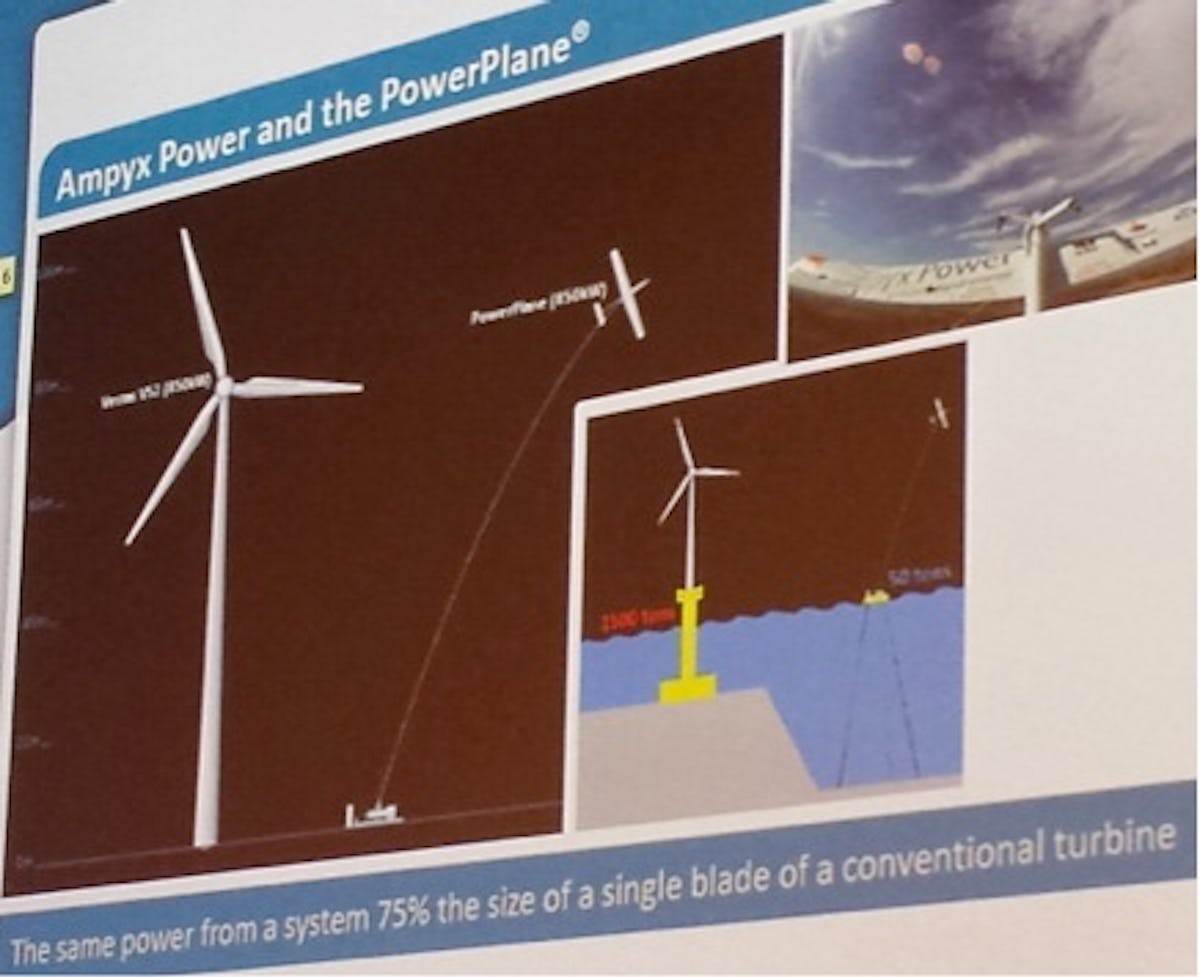 IDTechEx opinion
IDTechEx concludes that the AWE market will be a tiny fraction of the wind power generation market currently addressed with land-based and floating wind turbines. That was quoted as around $100 billion now and $300 billion in 2025. AWE may rise from near zero today to $500 million in 2025 or maybe a bit more but these are only our provisional figures. We believe there will one day be considerable scope for multi-mode energy harvesting with elastomeric tethers based on piezo or capacitive technology and fabric photovoltaics for those sail kites, all adding a useful few extra kilowatts. AWE could be paired with the new micro-turbine replacements (Bladon Jets, Safron) for diesel electricity generation.
However, the industry is rightly concentrating on the AWE itself for now where we need absolute safety and completely autonomous takeoff, flight and landing responding to need, weather conditions, planned maintenance, faults detected in real time and so on. This is not yet possible. Survival in storms and strong winds would be useful and life is an issue compared to alternatives. We recommend open cast mines that are going all-electric as possible candidates for AWE and there are more applications on vehicles than the ship motive and auxiliary power mentioned.
This topic is becoming very interesting indeed. It is a part of the money moving to high power (1W-100kW off-grid) energy harvesting - already a market of 100 times that for low power (micro-watt to 1W). This is detailed in the new IDTechEx report, Energy Harvesting: Off-grid Renewable Power for Devices, Vehicles, Structures 2015-2025 and IDTechEx will soon have a report specifically on high power energy harvesting.
PrintForwardTweetLikePinredditShare
Previous
Next