May 15, 2015
The IDTechEx team are all back in the office after an exhausting, but thoroughly enjoyable week, at IDTechEx Show! incorporating 3D Printing Europe. The 11th annual IDTechEx event in Europe was the biggest and best yet! The four days in the Estrel Convention Centre in Berlin were hugely successfully with nearly 2000 attendees, from 47 countries, who enjoyed over 200 speaker presentations on seven parallel tracks, and 200 exhibiting companies in the combined tradeshow!
If, like us, you are already looking forward to the next 3D Printing event on Nov 18-19, 2015 in Santa Clara, you can book your ticket here: www.IDTechEx.com/3DPrintingUSA/Register 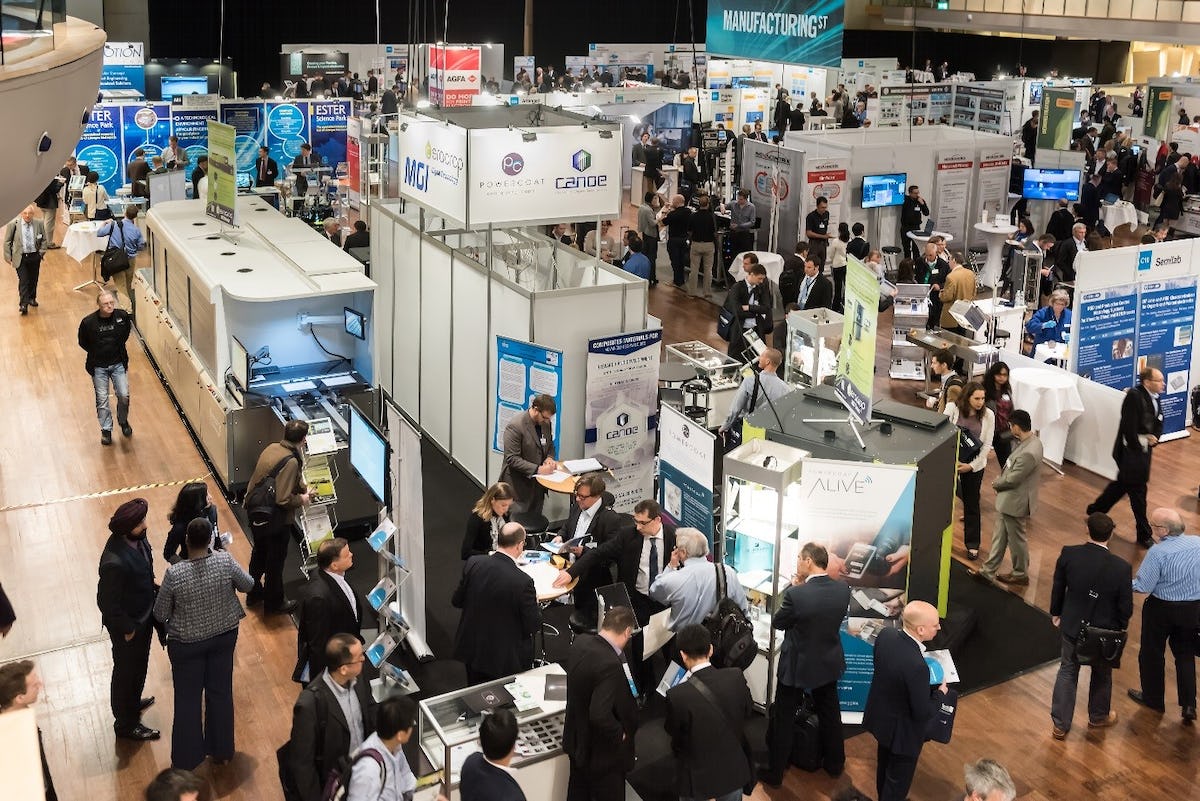 Image: Premier Sponsor Ceradrop exhibiting their Smart 3D Printer
IDTechEx Show! continues to thrive because of our strong network of regular customers and partners speaking and exhibiting. Premier sponsor Ceradrop were extremely busy on their booth showcasing lots of very impressive new equipment. Technology adopters, OEMs and technology providers all announced products and showed off their solutions. At the end of the second day, returning exhibitors 3D Lab waved goodbye with the words "Same again next year?" when they plan to bring an even wider selection of 3D printed objects. 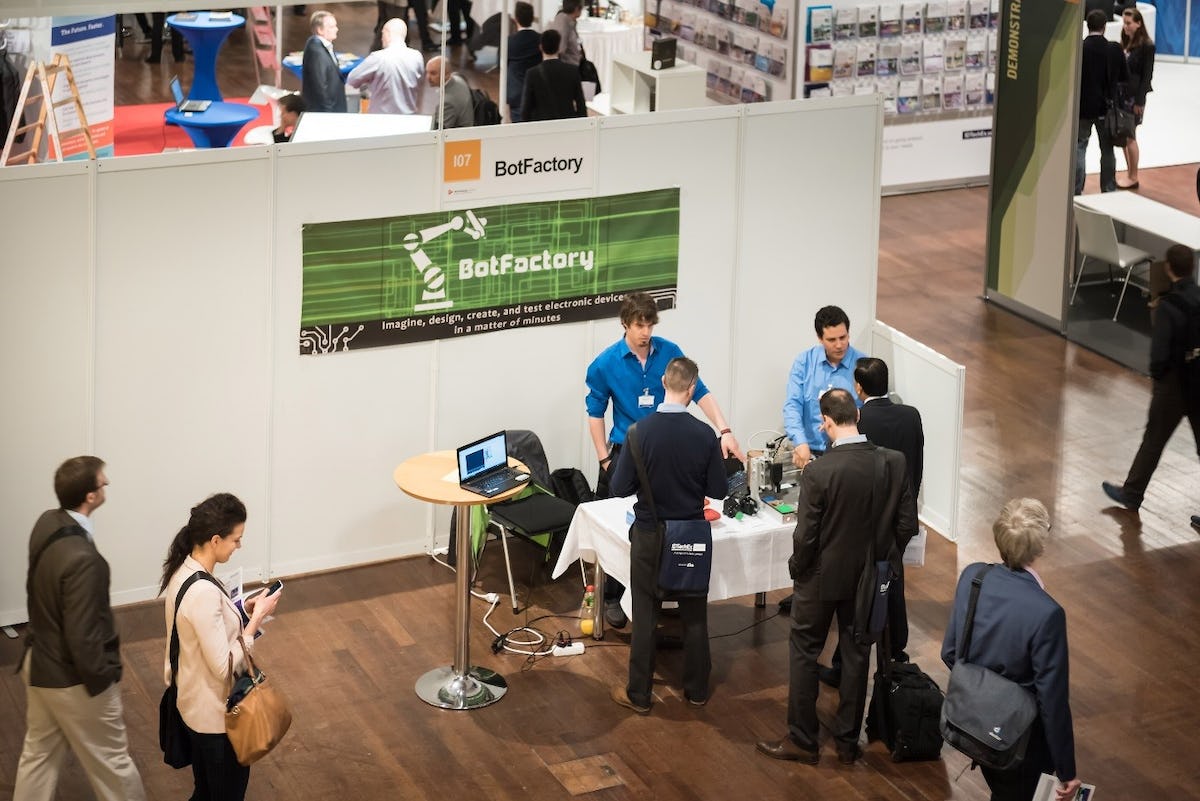 Image: First-time exhibitors BotFactory were pleased that there was a "great crowd and diversity" of attendees.
However, 3D Printing Europe grew because of new connections, speakers, exhibitors and attendees. First-time exhibitor SinterIt, a start-up hoping to produce an SLS printer for under $10,000 described it as an "excellent tradeshow that puts together many innovative companies. A lot of potential customers."
On an almost daily basis, IDTechEx will be releasing videos of exhibitors at their booths describing their company and product offerings. These are available on our free online journal Printed Electronics World and 3D Printing Progress. If you missed the tradeshow this time round, it will give you a flavour of the excitement and diversity of exhibitors. 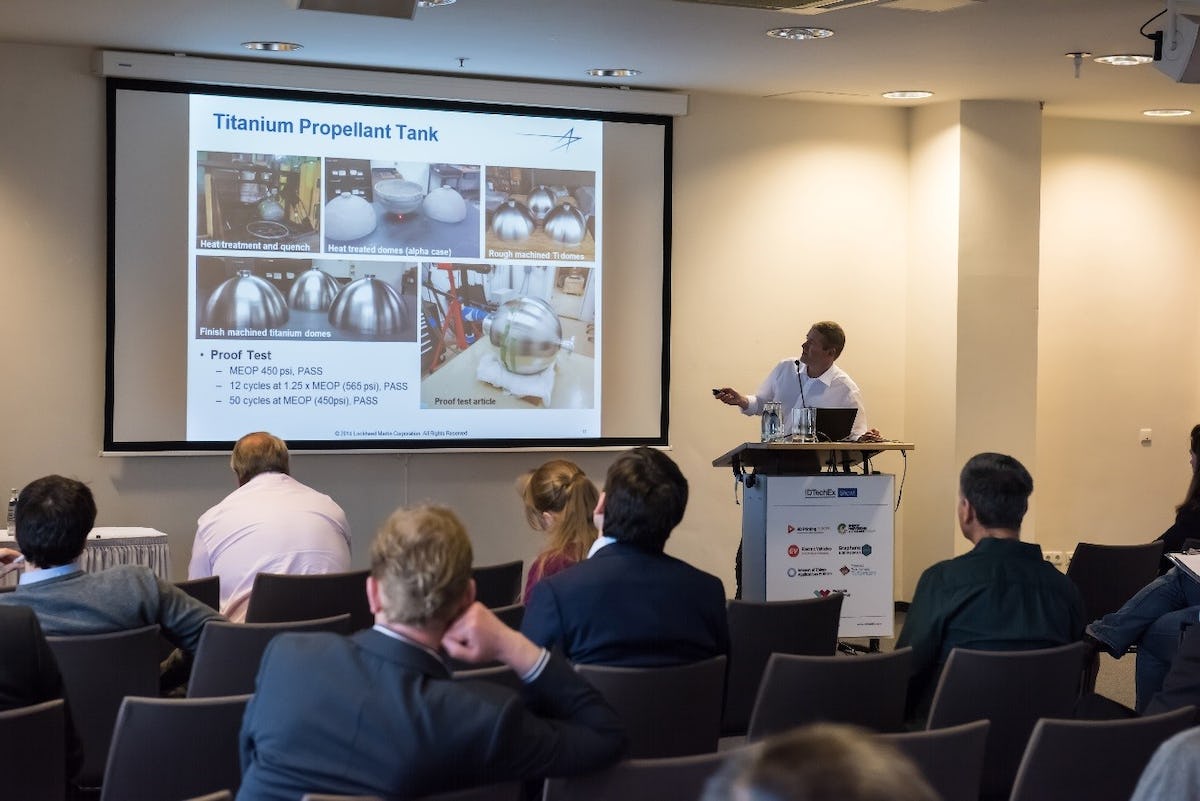 Image: Brian Rosenberger from Lockheed Martin explaining their use of 3D printing
The 3D Printing Europe conference track was fuller and more diverse than ever. The keynotes alone ranged from photopolymer materials, to neurosurgery, to aerospace manufacturing. The hottest topics of new materials, structural electronics, 3D bioprinting and 3D printed electronics were all discussed in depth. One delegate who attended the event for the first time said: "The event was very well managed and the location was well suited to the event. It brought together an interesting range of presenters."
If you missed out last week, IDTechEx Show and 3D Printing Europe will be returning to the Estrel Convention Centre in Berlin on 27th and 28th April 2016, or 3D Printing USA will be at the Santa Clara Convention Centre on 18th and 19th November 2015. Book your early-bird ticket now! We look forward to seeing you there!
PrintForwardTweetLikePinredditShare
Previous
Next