Jan 12, 2016 Dr Jonathan Harrop
The first industrial robot, Unimate, went into operation at a General Motors plant in 1961. Over the next few decades the use of industrial robot arms in the automotive industry matured. More recently, the use of industrial robot arms in the cleanroom environments of the semiconductor and electronics industries also matured. The market for such traditional industrial robots is now worth around $11bn and continues to grow slowly. The technology is largely unchanged with modern industrial robot arms generally employing minimal sensors and no real intelligence. But a revolution is coming, as detailed in Robotics 2016-2026, the brand new report by IDTechEx Research which explores the future of robotics, applications, technologies and markets.
A variety of independent technological advances in batteries, power electronics, motors, sensors, processors, artificial intelligence and other fields are now creating an environment where robotics can finally surge ahead in many different ways, solving a wide variety of problems that traditional industrial robots could not possibly have solved. The single biggest trend will be mobile robotics. Over the next decade the statically-mounted robots of today will become a minority as next generation robots travel across the ground, in the air and even across oceans and in space. Autonomous unmanned ground vehicles (UGVs) will transfer goods not only within warehouses but down highways alongside conventional passenger vehicles and around mines and quarries with only minimal human intervention as well as harvesting crops and mowing our lawns. Unmanned aerial vehicles (UAVs) will bring internet access to millions of people in remote locations, bring emergency medical attention to those in need and monitor and dust our crops. Autonomous underwater vehicles (AUVs) will be used to mine the ocean floors for precious minerals and coast guards around the world will employ autonomous robotic lifeboats for search and rescue.
Although mobile robots will be the single biggest trend, static robots will still continue to evolve. Surgical robots have already made inroads in some specific laparoscopic procedures but many companies are bringing more surgical robots to market for different kinds of operations. The worldwide push for STEM education has robotics as a core topic. What were expensive high-end machines a few decades ago will be modularised into interoperable parts (joints, end effectors and so on) and commoditized as they are mass produced cheaply in East Asia. This will make robotics affordable for everyone, facilitating the teaching of robotics in schools and the development of next-generation robots by hobbyists.
Societal megatrends will play into robotics. The ageing population will benefit not only from surgical robots, lab robots for medicine and robotically-manufactured replacement bionic parts but also service robots designed to help the elderly at home. Everyone will benefit from personal robots that vacuum the house, mow the lawn, clean the pool and automate other mundane tasks such as cleaning the BBQ grill.
Many robots will serve multiple functions. Internet-enabled robotic vacuum cleaners for the home are already being empowered with security responsibilities as they are able to photograph unusual changes in the home, such as an intruder, and send the images to the home owner. 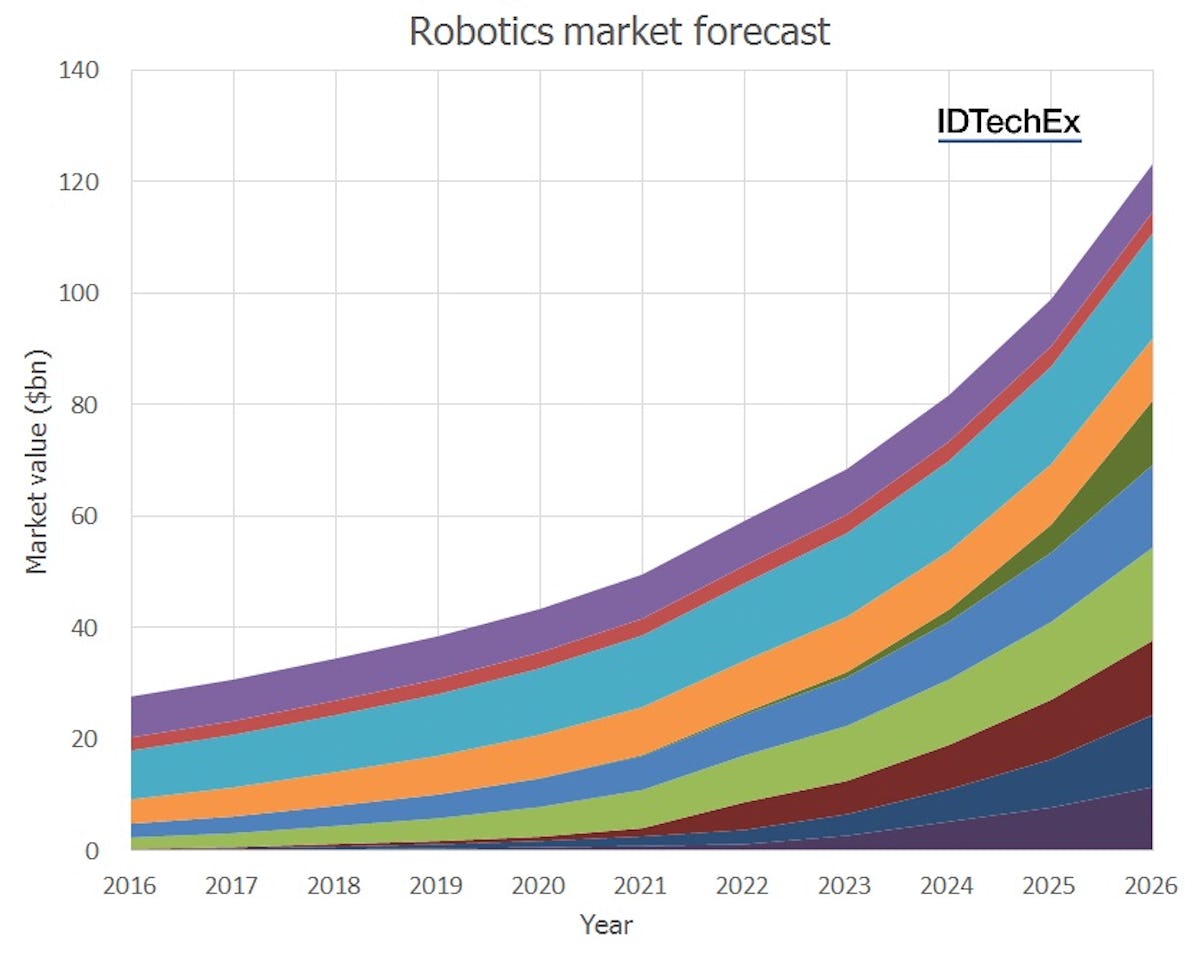 Fig 1. Total robotics market forecast. Source: IDTechEx Research report Robotics 2016-2026
All of these sectors in robotics will grow to overshadow traditional industrial robot arms. Over the next 10 years we expect the worldwide market for robots to reach over $120bn. Some of these sectors will grow much more quickly than others and some will grow only at specific times. For more information see the brand new IDTechEx Research report "Robotics 2016-2026" at www.IDTechEx.com/robotics.
PrintForwardTweetLikePinredditShare
Previous
Next