May 07, 2014
3D bioprinting is a catch-all term representing a raft of technologies which involve the deposition ("printing") of living cells within an extra-cellular matrix (support material) which is designed to hold the cells in precise position in order that they proliferate and mature in a controlled manner - as described in the recent IDTechEx report 3D Bioprinting 2014-2024: Applications, Markets and Players. Such is the potential of 3D bioprinting that the market could realistically reach a value of $6B by 2024.
Each 3D bioprinting technology, including those which are already commercial and those which are currently in development, are detailed and a SWOT analysis presented for each. Key players, their technology-type, and the application areas on which they are currently focused are defined. All applications and potential applications, together with the challenges associated to each, are also discussed and a timeline for each presented.
The ultimate aim of 3D bioprinting is to replicate live 3-dimensional tissue cultures which may be used for a number of purposes. An early use of the technology for example, is likely to be the examination of cell response to external stimuli in an environment which more closely mimics that within the human body. The latter may be new drugs which are under investigation through the drug discovery process, or consumer products containing novel ingredients which may no longer be tested on animals within the EU. For the long term, hopes are high that entire human organs might be printed, eliminating the need for human donors, together with the lengthy waiting lists for transplants on which many patients die before a suitable organ can be procured. The outlook for and progress towards 3D printing of organs are discussed in depth.
The report, informed by seven in-depth interviews with experts in the field, discusses the challenges, technical and otherwise, faced by the 3D bioprinter developers. For example, a major challenge currently faced by companies working in this area regards lack of private investment, as many venture capital funds operating in the biotechnology arena tend to prefer low-risk, quick-win technologies. This will potentially delay commercial applications which could save lives, in spite of the huge addressable markets for 3D bioprinting, as given in fig 1.
Figure 1: Addressable markets for 3D bioprinting (numbers in US$B) 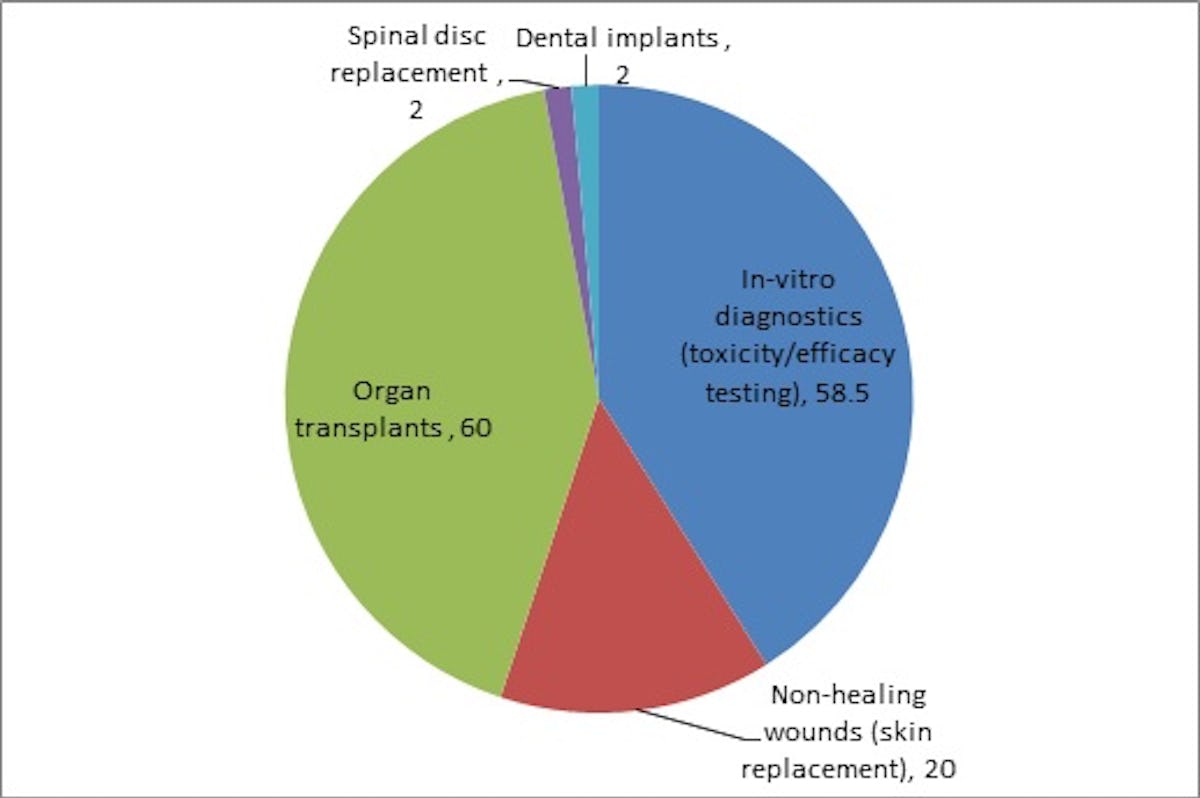 Source: IDTechEx
Shorter and more efficient paths to new drug discovery should have a knock-on effect across the medical sector in fact, as the rates of drugs passing the clinical (human volunteer testing) phase are expected to increase, reducing the average cost of drug development and leading to cheaper medicines in the future. The report presents this innovation funnel for pharmaceutical development.
Regulatory hurdles will need to be overcome if the technology is to be applied in a clinical, as opposed to a research, environment however, although many 3D bioprinting companies hope that these hurdles will be lowered where the clinical applications involve the generation of tissue for graft or implant purposes which have been cultured from the patient's own cells. This remains something of a grey area nonetheless, as becomes clear through the company interviews presented, where opinions interestingly differ regarding this matter.
Of course there will also be losers in this scenario, these will include those companies:
Such organisations should have a clear interest in reading the report and understand the threat posed to their respective businesses and within which timeframe.
In the report, a number of scenarios are presented in terms of diffusion of the technology through the relevant application areas (see fig 2). As can be seen, for the next 5 year period, it is to be expected that 3D bioprinting enterprises will remain largely loss-making, with negligible revenues. Thereafter however, and subsequent to demonstration of the superior predictive value of 3D versus 2D assays, the market is expected to grow rapidly as the value of 3D bioprinting begins to manifest.
Figure 2: Scenario based market forecasts for 3D bioprinting 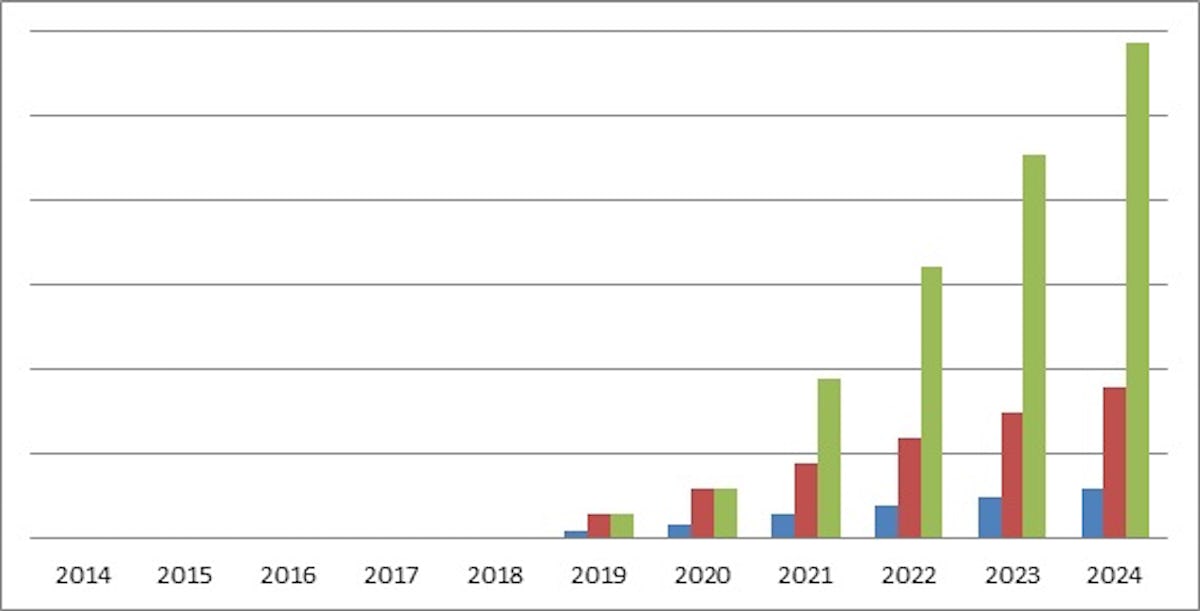 Source: IDTechEx
It is important not to neglect the human benefits of 3D bioprinting of course, as the technology stands to improve the quality of life for countless patients and in the longer run, possibly even save lives. The elimination of the suffering of countless laboratory animals is also only to be applauded. Whether however improved patient outcomes reduce the burden on already overloaded health systems worldwide, or increases overheads as populations live longer, is a question yet to be answered.
For more information see 3D Bioprinting 2014-2024: Applications, Markets and Players
PrintForwardTweetLikePinredditShare
Previous
Next