Realizing the Internet of Things: what comes next

Realizing the Internet of Things: what comes next

Oct 10, 2013 Dr Harry Zervos
The advent of the Internet of Things (IoT) promises to redefine the way humans and machines interface and the way they interact with the world around them. Attributing a virtual signature to everyone and everything allows for new concepts of managing systems, optimizing processes and adding versatility to existing ways of exchanging information. IDTechEx asked some of the key speakers at its forthcoming show, Internet of Things & Wireless Sensor Networks, taking place on Nov 20-21 in Santa Clara, for their thoughts. 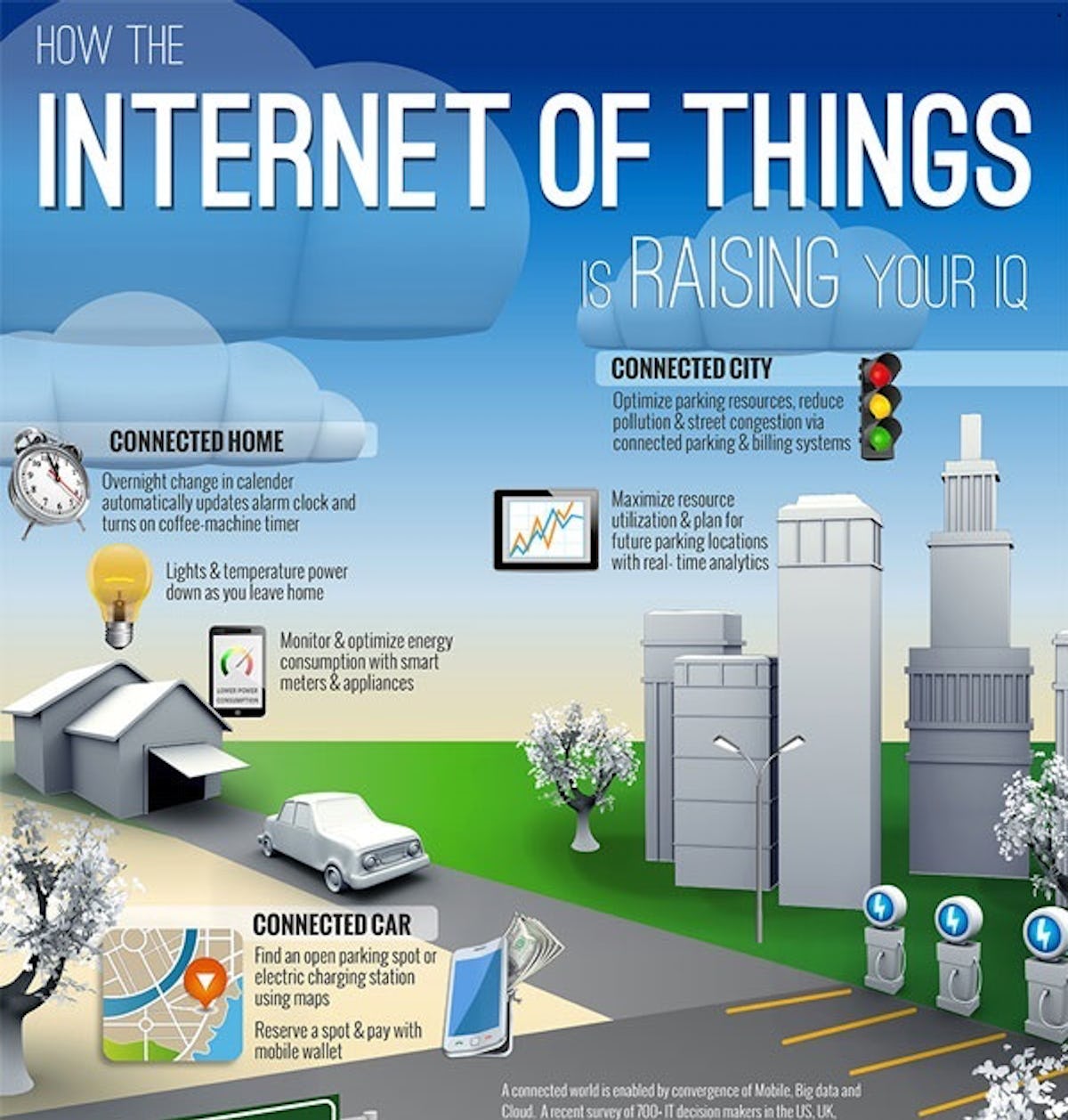 The internet of things brings about a paradigm were "everything, connected" becomes a reality. Infographic source: SAP
IoT: RFID re-defined?
With RFID often considered as one of the major building blocks for making the IoT a reality, what comes next and which is going to be the first major success of IoT is a question best answered from those developing solutions and platforms.
Benjamin Wesson, VP Product Management for M2M Solutions at SAP goes one step further back. He considers RFID a previous incarnation of the Internet of Things which has already led to many successful implementations, although they were not called IoT at the time they were realized. Wesson comments that, "Fleet Management was one of the first successful implementations of the Internet of Things. Companies like UPS have been using this for years to track vehicle location, hard stops, rapid acceleration, sudden turns, etc. They've done fairly sophisticated analysis of the data and they've used this to implement new policies (e.g., no left turns) that result in cost savings for the business. Aviation is another clear example. Only a small subset of the data may be transmitted in real time, but plans capture tons of telemetric data via flight data recorders and this data is used for Aircraft Health & Monitoring Services".
e-Health Monitoring
Frederic Veyssiere, VP of Business Development at Orange Mobile Enterprise, focuses on the possibilities for e-health monitoring when thinking of what IoT enables in the near term; "I believe the concept of IoT has already been implemented although it may not have been referred to as IoT. We can see a lot of m-Health devices today that do communicate directly to the wireless network or to a hub in the house and then to the wireless network. The applications could be a blood pressure monitor, baby monitor, personal scales or activity trackers. To me this is the first cut at the concept of IoT. We are not in the billions of deployed devices yet but this is growing rapidly".
Connecting legacy
Milan Milenkovic with Intel seems to be in agreement with Frederic, but he would rather not go on record predicting the future. "Besides the future is already here" says Dr Milenkovic, "just not evenly distributed to borrow a quote - there are billions of connected sensors already deployed with smart phones, not to mention legacy systems such as industrial control, BMS, traffic and automotive". And he continues: "The challenge is in getting the data from them in some interoperable format and in creating systems that break vertical silos and harvest the data across domains, thus unleashing truly useful IoT applications that are user-centred rather than device centred".
To close, Dr Timm Lohmann at the Bosch Research and Technology Centre of North America is seeing the development of energy harvesting and storage devices as instrumental to the realization of the ubiquitous connectivity that the IoT heralds: "The next big market for portable energy storage and energy harvesting could be in distributed smart swarms of mobile systems for the Internet of Things".
To hear presentations from Bosch, Intel, SAP and Oracle and to realize the technology interactions between wireless sensor networks, energy harvesting and storage and the platforms developed for the IoT, join us in Santa Clara on November 20-21 at the IDTechEx event Internet of Things & Wireless Sensor Networks.
PrintForwardTweetLikePinredditShare
Previous
Next