Juin 22, 2015 Dr Xiaoxi He
A new design strategy has emerged for making batteries flexible. Companies no longer purely focus on changing the chemistry or thinning the device. Instead, the special arrangement of cells make the existing batteries flexible or even foldable. This will be a quick win for wearable devices in the short-term period as the technology can result in flexible batteries based on traditional battery manufacturing.
IDTechEx thinks lithium-ion batteries with special form factors combined with wireless charging (or other energy harvesting methods) will come to the market earlier compared with batteries with intrinsic flexibility. By 2025, the market size for flexible, printed and thin-film battery will reach over $400 million, as stated in IDTechEx's report Flexible, Printed and Thin Film Batteries 2015-2025.
Innovation will be in the form factor or arrangement
Stretchable batteries and lithium-ion batteries with special form factors are good candidates for wearable and flexible devices and they may win the future. Those batteries are not truly flexible. The innovation is the design of cells arrangement. There is no new chemistry involved, therefore most of them can be mass produced easily based on traditional battery manufacturing techniques, e.g. slurry coating (LiCoO2 as the cathode and graphite as the anode) using printing or painting followed by packaging procedure. In another word, they are closer to current technology. And at the same time, they are able to provide special form factors and even flexibility.
As published by Arizona State University, the use of Japanese art of Kirigami (a variation of origami that includes a combination of cutting and folding of the paper) tricks makes the traditional lithium-ion batteries flexible. This approach represents another strategy for future battery development.
The Kirigami stretchable lithium-ion battery developed by Arizona State University can be sewed into an elastic band and is a good choice for wearable devices such as smart watch, smart bracelet, smart headbands, etc. It can extend to more than 150% of its original size while keeping its function. The battery prototype has successfully powered a Samsung Gear 2. If covering the entire area of an elastic band with a dimension of 25 cm x 3 cm, the energy capacity can achieve 700 mAh (3 mm thick). As a comparison, the battery capacity used in Samsung Gear Fit is 210 mAh.
Big companies follow this trend
Kirigami battery is only one example. There are more lithium-ion batteries with special form factors emerging such as needle batteries, cable batteries, terraced batteries and stretchable batteries. Consumer electronics giants are moving into battery business for wearables as well. For details please refer to the article "Apple, Samsung, LG Chem move into the flexible batteries business" and report Flexible, Printed and Thin Film Batteries 2015-2025.
Chemistry is a long game
Battery problem is more of a material choice problem than an engineering problem. However, finding a workable chemistry system comparable to lithium ion is not easy. Although at the moment there are many new battery systems being researched such as aluminum ion, magnesium, lithium sulfur, lithium air, sodium ion batteries, they are either perform worse than lithium ion or have a long way to go.
Intrinsically flexible batteries for high capacities are difficult to develop
Batteries can be made flexible if they are thin enough. However, for a fixed battery system, thinness will further reduce the battery capacity for the same area. Certain battery thickness is required if very large footprint is not preferred for high capacity. One of the biggest issues occurs in intrinsic flexible batteries (thick version) is the crack introduced by bending and curving, which will result in reduced life time. Truly flexible batteries seems to have a long way to go, although we have seen some prototypes. Those prototype batteries still need further R&D to ensure the safety, reproducibility, cycle life, capacity and other issues. 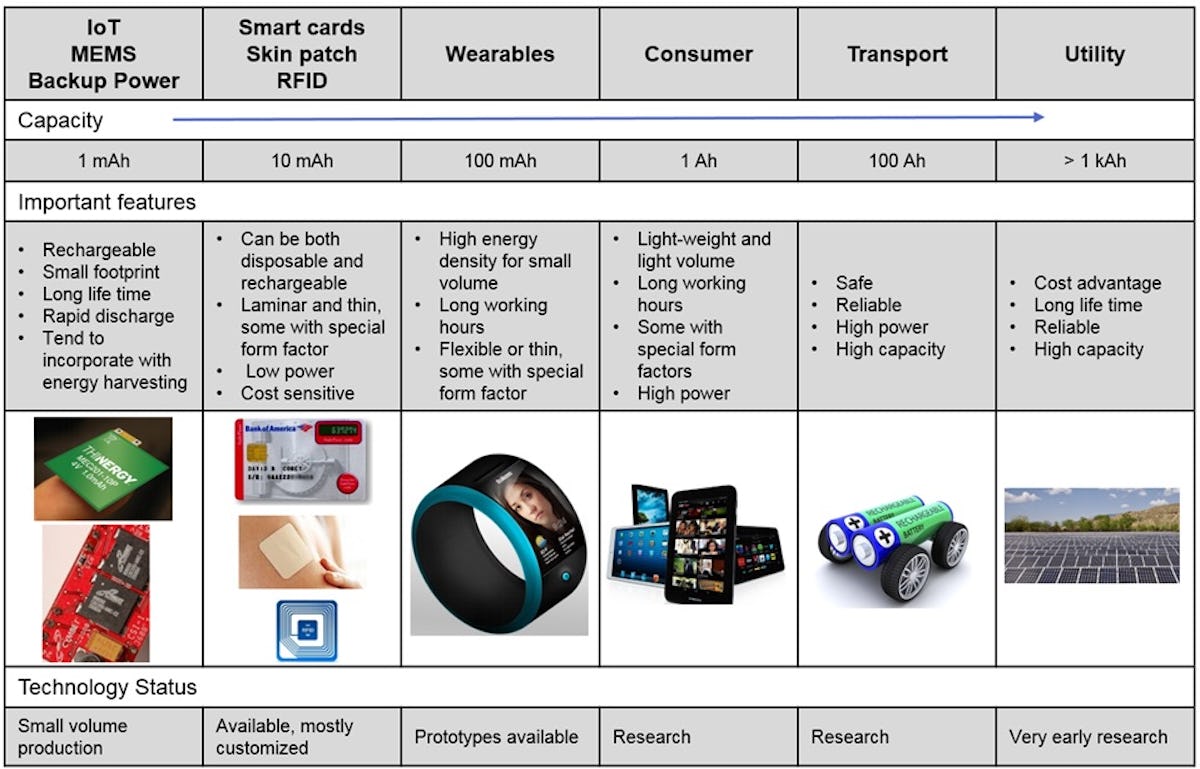 Fig 1. Application roadmap of thin and flexible batteries. Source: IDTechEx
Thin battery are finding their niche
Due to the limited volume, most commercial thin-film batteries including printed and non-printed version are mainly for micro-power applications such as skin patch, smart cards, RFID, wireless sensors, etc. High energy density batteries may overcome the limited volume issue. However, it normally involves new chemistries and battery systems. IDTechEx believes it is a long process. In addition, large capital and effort may be required if they are not based on traditional battery manufacturing facilities. Thin batteries for high capacity applications will only be a long-term business plan.
Hybrid systems will fill the performance gap
Considering the long development time for new batteries systems and intrinsically flexible batteries, companies are looking for alternative solutions such as wireless charging and other energy harvesting methods. In the near future, batteries in wearables will combined closely with those approaches.
New battery designs have brought another approach to make flexible batteries. Lithium-ion batteries with special form factors with wireless charging may win the feature for high capacity wearable devices and/or consumer electronics. More discussion and opportunities can be found in IDTechEx's report "Flexible, Printed and Thin Film Batteries 2015-2025" at www.IDTechEx.com/flex.
Top image: Kirigami stretchable battery. Source: Screen shot from Flex Battery Video from ASU Engineering on Vimeo.
PrintForwardTweetLikePinredditShare
Previous
Next